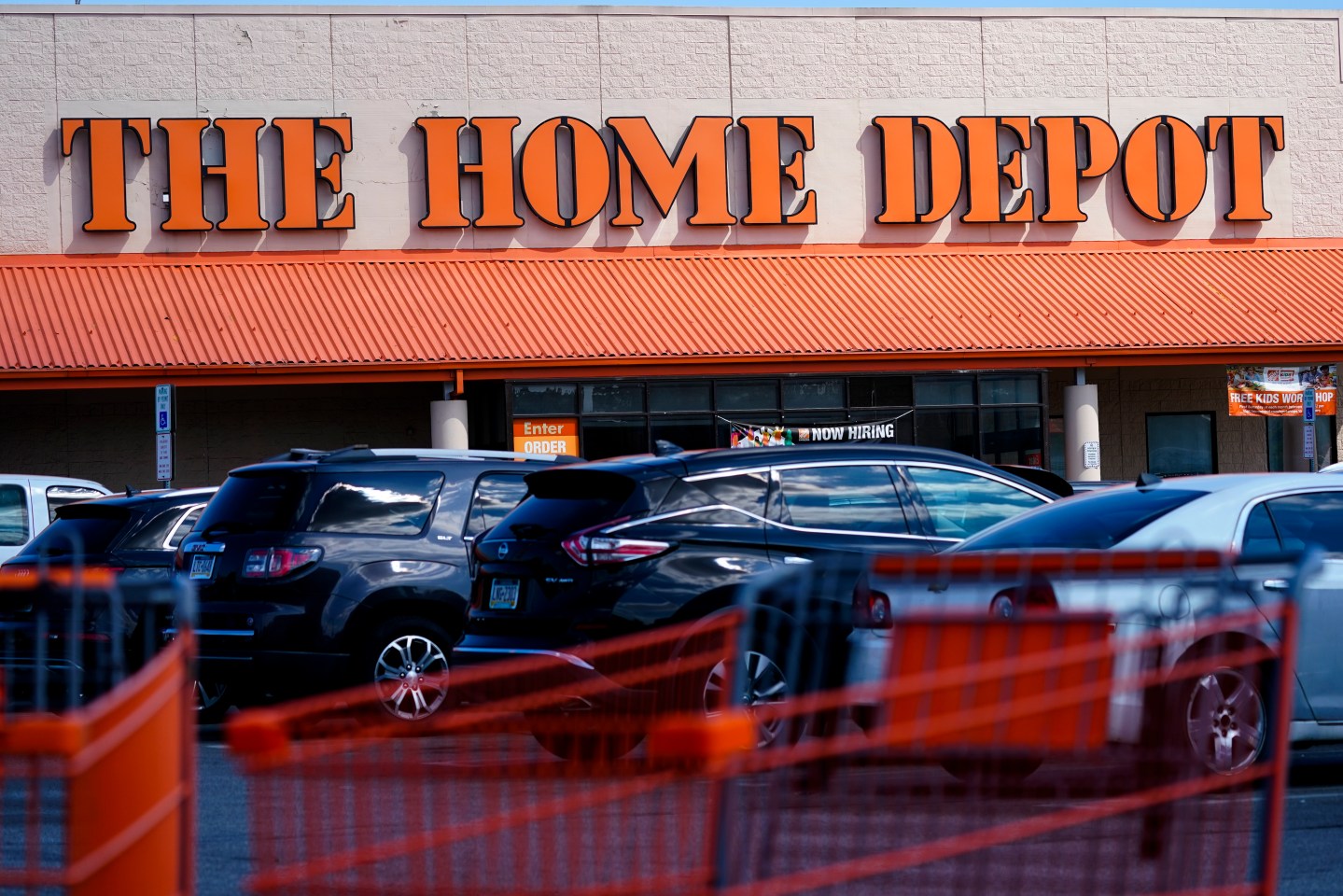 Shopping carts are parked outside a Home Depot in Philadelphia, Sept. 21, 2022.
Matt Rourke—AP

Workers voted 165 to 51 against forming Home Depot Workers United, which would have represented 274 employees at the store, according to the National Labor Relations Board, which oversaw the voting. The company and union organizations have five days to file objections.

The defeat for the organizers could discourage activist workers who have successfully formed the first unions at big chains, including Amazon, Starbucks, Trader Joe’s and Apple, but have since suffered setbacks in getting collective bargaining off the ground or organizing more unions.

Vincent Quiles, the Home Depot employee leading the unionization effort, told WHYY-FM that the attempt to organize workers had been a “tall order.”

“It wouldn’t be an easy fight to have,” Quiles said. “But you do these things because you believe them to be right.”

Quiles previously said discontent with compensation, working conditions, understaffing and lack of training are among the grievances that spurred the effort to organize.

After the failed union vote, Home Depot spokesperson Margaret Smith told WHYY, “We’re happy that the associates at this store voted to continue working directly with the company. That connection is important to our culture, and we will continue listening to our associates and making The Home Depot a great place to work and grow.”

Quiles has filed a complaint of unfair labor practices with the NRLB, alleging managers engaged in inappropriate surveillance and interrogation tactics against union supporters. Quiles has said managers followed him around the stores and tried to disrupt any conversations he tried to have with co-workers, even if it wasn’t about the union.

Instead, Quiles said he relied on TikTok videos, group text messaging and e-mailing to campaign for the union.

Fierce legal fights have characterized organization efforts at other companies.

Starbucks is negotiating contracts at a handful of the more than 250 stores where workers have voted to unionize, but the company has asked the NLRB to temporarily halt other elections because of alleged misconduct.

The labor relations board has filed a complaint against Chipotle alleging the restaurant chain unlawfully closed a store in Augusta, Maine, and fired its workers for union activity.