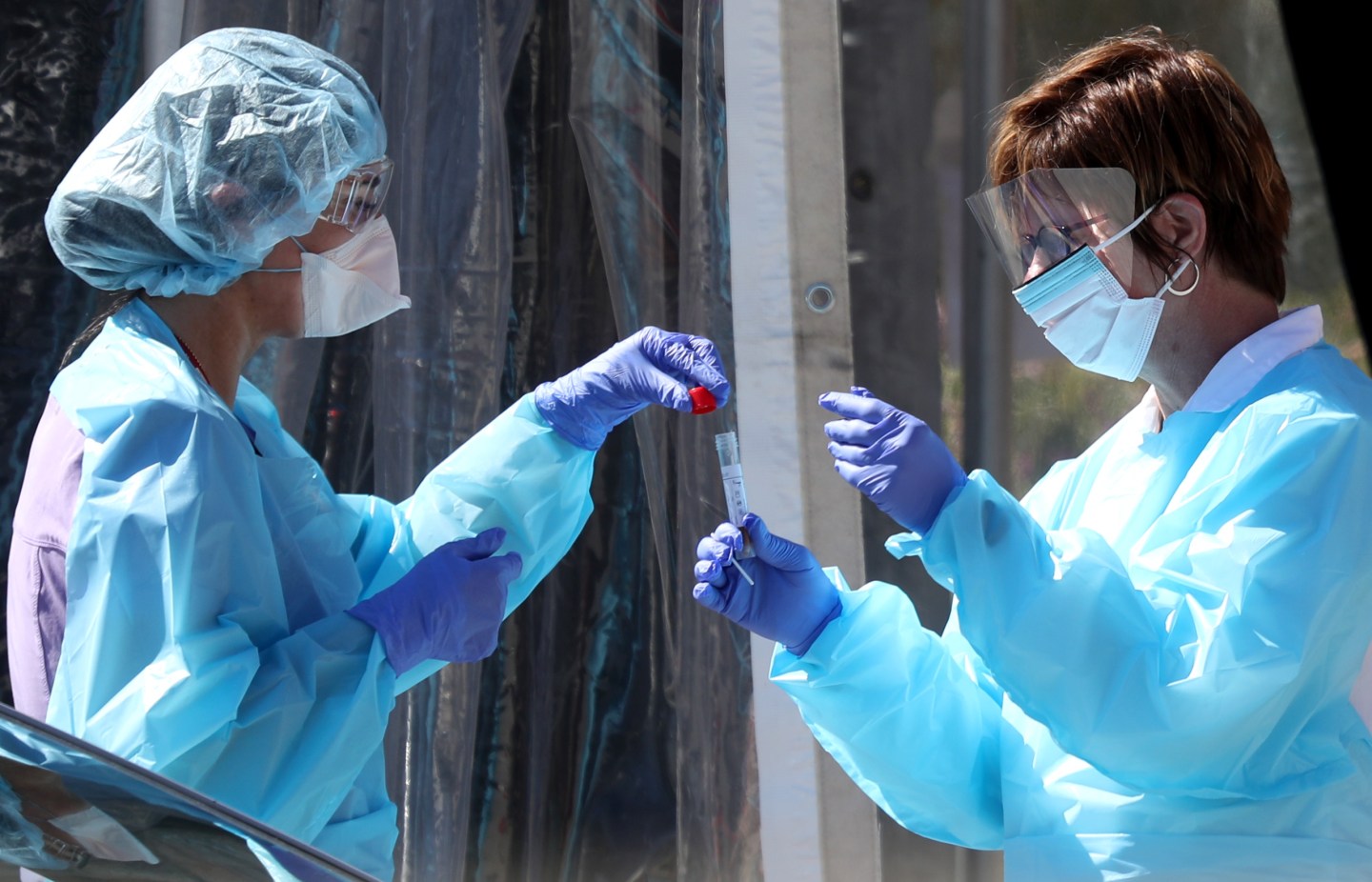 Global COVID infections are on the rise, and the virus is expected to cause almost a quarter of a million deaths worldwide in the coming fall and winter months, new research has projected.

Experts have already warned that the U.S. and other Northern Hemisphere countries are likely to see cases of the virus rise heading into the winter, with top health officials raising concerns about new “troublesome” variants BQ.1 and BQ.11, both of which are circulating in the United States.

In an update to their ongoing research, experts from the University of Washington’s Institute for Health Metrics and Evaluation (IHME) laid out predictions this week for how the COVID pandemic would unfold over the winter months.

In its latest report, the organization estimated that daily infections stood at 17 million a day globally as of Oct. 18—up from 16.8 million a week earlier.

While reported deaths from the virus remained flat at an average 1,500 per day worldwide, the IHME’s experts said the total number was likely to be 1.7 times higher than the official figure, making COVID the number 17 cause of death in the world.

In the most likely scenario for the coming months, the IHME projected that global COVID infections would rise to 18.7 million daily by Jan. 25.

The global number of reported deaths from the coronavirus was projected by the team’s models to reach 2,750 a day by Feb. 1—almost double the current number. The total number of deaths was expected to rise by 245,000 between Oct. 17 and Feb. 1.

The IHME’s base case scenario did not factor in the possibility of a surge prompted by new variants. However, the report’s authors noted that transmission would likely be dominated by the emergence of various Omicron subvariants, as well as seasonal behavior and China’s policy stance on tackling COVID.

“In these scenarios, the main strategies remain continued surveillance, promoting boosters for those at risk, and wider access to antivirals for those at risk,” they said. “However, if a new variant emerges with immune escape that has a severity profile more like [the] Delta [variant], other strategies might be necessary, including the use of social distancing mandates.”

The IHME said a number of scenarios could play out in the U.S. in the coming months.

The first, most likely, scenario is one where the main factors driving transmission of COVID-19 would be seasonal changes in behavior combined with waning immunity from vaccinations and prior infections.

However, the organization warned that there is “a real but smaller-probability scenario in which a new variant with immune escape and increased severity may emerge which could require a more explicit policy response.”

In the first scenario, vaccines would be administered at an expected pace and mask use would drop to 50% of the lowest level it reached between early 2021 and mid-2022. Infections in this case were estimated to reach 1.1 million a day by February.

However, if mask use was increased to adoption by 80% of the population, daily infections are only estimated to reach 812,000, according to the report.

It said the U.S. currently has a “very low infection detection rate” of 5%, which means the number of reported cases is “the wrong measure to track” to determine how quickly COVID was spreading.

The research team’s model also projected that under its base case scenario, there would be an additional 40,000 U.S. deaths caused by the virus between Oct. 17 and Feb. 1, with daily reported deaths projected to rise to 340 by the beginning of February.

In the 80% mask use scenario, additional deaths would be reduced to 25,000 over the same period, meaning daily COVID deaths would actually decline by February to 190.

In the week ended Oct. 18, estimated daily COVID infections in the U.S. decreased to an average 814,000 from 827,000 a week earlier, according to the IHME. Reported deaths from the virus also declined slightly, falling to an average of 320 per day.

Using data on cases, hospitalizations, and deaths, researchers calculated that COVID’s R number was greater than 1 in 24 states—meaning the number of cases were rising exponentially. Those states included Florida, New York, and Georgia.

However, the IHME estimated that 95% of people in the U.S. had been infected with COVID at least once as of Oct. 17, and noted that just under 60% of Americans are currently immune to dominant variant BA.5.

Impact of XBB and BQ.1

The organization’s base case projections did not factor in new immune-evasive subvariants of concern XBB, BQ.1, and BQ.1.1 and the impact they could have on case numbers, hospitalizations, or deaths.

BQ.1 and its offspring, BQ.1.1, are currently responsible for an estimated 16.6% of cases in the U.S., and are rapidly closing in on the position of the country’s second most widely circulating COVID variant.

BQ.1.1 is also on the rise in European countries including Germany, where Oktoberfest celebrations may have served as super-spreader events.

European health officials have said the subvariants will probably dominate the region by mid-November or early December, warning that they would drive infections upward in the coming weeks and months.

The IHME report’s authors did note that evidence from Singapore, where XBB is circulating, suggested recent BA.5 infection offered some protection against the new subvariant, which they said “will limit the population impact of this variant globally.” The report also said data from Singapore pointed to XBB being “slightly less severe than BA.5,” the variant which is currently dominant in the United States.

In contrast, the report said the rapid increase in hospital admissions seen in Germany — which had not yet been attributed to a specific subvariant—would likely have an impact on Americans.

“It is likely that what is driving the German surge will spread to adjacent countries in Europe and may eventually fuel a fall/winter surge in the U.S.,” the IHME said. “Recent data from Germany suggest this surge may have already peaked so that the total duration may only be four to six weeks.”

A Germany-like surge was not factored into the organization’s base scenario, the authors stressed. Hospitalizations in Germany have surged over the past month, with the number of hospital beds in use rising from just over 7,000 in mid-September to 25,881 on Oct. 26.