Bill Gates pledges $1.2B to finally eradicate polio after getting the ‘closest we’ve ever been’ 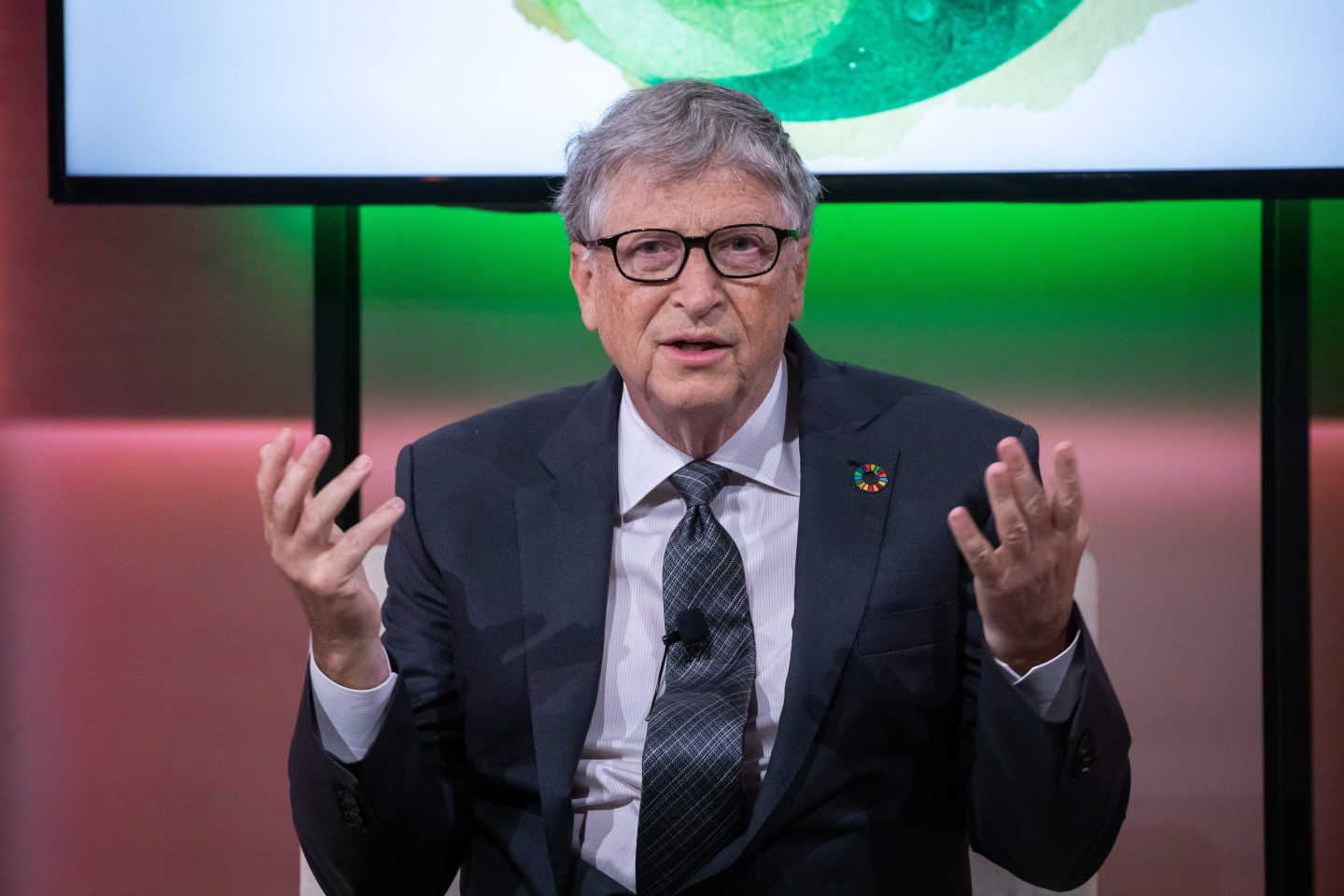 Bill Gates is determined to wipe out polio once and for all.
Michael Nagle—Bloomberg via Getty Images

Bill Gates says polio came tantalizingly close to being eradicated in the spring, before new outbreaks were seeded in Africa and a man was paralyzed in New York. Now the billionaire’s philanthropic foundation is pledging $1.2 billion to complete the mission.

The Bill and Melinda Gates Foundation announced its largest financial commitment yet to the Global Polio Eradication Initiative in Berlin on Sunday. The money will help plug a shortfall in funding which, along with floods in Pakistan, the war in Ukraine and the Covid-19 pandemic, have frustrated a 35-year effort to rid the world of the crippling disease.

“About six months ago was the closest we’ve ever been,” the Microsoft Corp. co-founder said in an interview Thursday. For more than a decade, wiping out polio has been the top priority of the foundation he co-chairs with ex-wife Melinda French Gates. The Seattle-based nonprofit, with an endowment of about $70 billion, has donated almost $5 billion directly to the cause.

“We’re very committed,” Gates, 66, said. “I can’t say forever, but giving up would mean hundreds of thousands of kids being paralyzed.”

Since the World Health Organization declared the international spread of wild poliovirus a global health emergency in 2014, cases worldwide have fallen from 359 to just 29 in 2022. Over the same period, cases linked to a mutated strain derived from the oral polio vaccine have jumped from 56 to 398 after the pandemic forced a four-month pause of immunization and disease surveillance campaigns in 2020.

The eradication program’s current five-year strategy needs $4.8 billion to reach 370 million children annually with polio vaccines and other essential health services through 2026. As of last week — before Gates’ latest pledge — it had indications of only $2.2 billion in support, after the UK and Norway, historically key donors, cut their planned contributions. Gates said he hopes the gap will be narrowed when Germany co-hosts a pledging event at the World Health Summit on Tuesday.

“We’re a little disappointed that some of the other donors aren’t as generous as they were historically,” Gates said. “There’s so many distractions right now, it’s more challenging than you’d think, given the value of getting this eradication done.”

The UK government made a pledge to the polio program before lowering its aid spending to 0.5% of gross national income from 0.7% in 2021. “Some things they prioritized and some things they didn’t,” Gates said. “But this one seems pretty urgent. It is a bit ironic that now we have some poliovirus being sampled in environmental samples, not only in London, but also in New York City.”

Testing of wastewater can detect the presence of the virus in an area.

Smallpox remains the only human disease eradicated so far. World health leaders went after polio in 1988, expecting to complete the task within 12 years, the same time it took to vanquish smallpox. Ending polio, however, has proven a more elusive goal.

Almost $19 billion in financial support and heroic efforts to vaccinate hundreds of millions of children have cut polio cases by 99.9%. That’s left Pakistan and Afghanistan as the only two countries in which the ancient foe has never been stopped. From that tenacious stronghold, the wild poliovirus has spread back into southeastern Africa.

In May, it led to Mozambique’s first outbreak in 30 years, prompting three national vaccination campaigns targeting more than 4.5 million children.

“While these viruses exist anywhere in the world, the whole world’s at risk,” said Carol Pandak, the Chicago-based director of the PolioPlus program at Rotary International, whose members launched an immunization campaign in the Philippines in 1979 that helped inspire the Global Polio Eradication Initiative nine years later. “It’s in our own interests to see this through to the end, to remove that risk for all populations.”

Gates is focusing on Pakistan, where eradication had become “super close,” with just one strain circulating in an area of Waziristan, a mountainous region bordering Afghanistan. In recent months, floods inundated a third of the country, displacing millions of people and fanning the spread of poliovirus.

“Sadly, that’s now flourished and has spread back into other parts of the country,” Gates said. “And with the floods, it’s likely to show up reasonably broadly around Pakistan.” Vaccinations are slated to resume in Waziristan next month after the acute challenges posed by the floods are met, he said.

Polio, known medically as poliomyelitis, is a highly infectious disease caused by one of three poliovirus types that replicate in the human gastrointestinal tract. Infected people shed the virus in their feces, enabling it to spread easily in areas without good sanitation and hygiene. It’s difficult to eradicate because fewer than 1 in 100 people who catch it show signs of illness or are aware of the infection, enabling them to silently transmit the virus to others.

Smallpox, in comparison, is easily identified by the characteristic red rash it causes, speeding the identification of outbreaks and the commencement of vaccination programs in response. The cowpox-based vaccine used against smallpox protected almost everyone after a single inoculation, whereas with the oral polio vaccine — used in about 150 countries as recently as 2016 — three or more doses are required to fully protect 85% of children.

That vaccine, developed by Albert Sabin, uses a live, attenuated form of the poliovirus. If the weakened virus is transmitted from person to person over a prolonged period in an under-vaccinated community, it can undergo genetic changes that turn it back into the paralysis-causing form. Such a strain caused polio in an unvaccinated man from New York’s Rockland County in June.

Most cases globally are caused by a derivative of the oral vaccine for the type-2 poliovirus. The Gates Foundation helped fund the development of a newer version that can’t revert back to its pathogenic form.

The WHO authorized the novel vaccine’s emergency use almost two years ago. Since then, almost 500 million doses have been administered in 25 countries, said Hamid Jafari, the Amman-based director of polio eradication for the WHO’s Eastern Mediterranean region. It offers the best weapon yet to stop vaccine-derived cases and end polio transmission by the end of next year, he said.

“We are on a path to stop all polio by the end of 2023,” Jafari said in an interview. “A lack of funding would be very tragic.”