A demographic crisis looms over Hong Kong and its reopening: The city is rapidly losing people 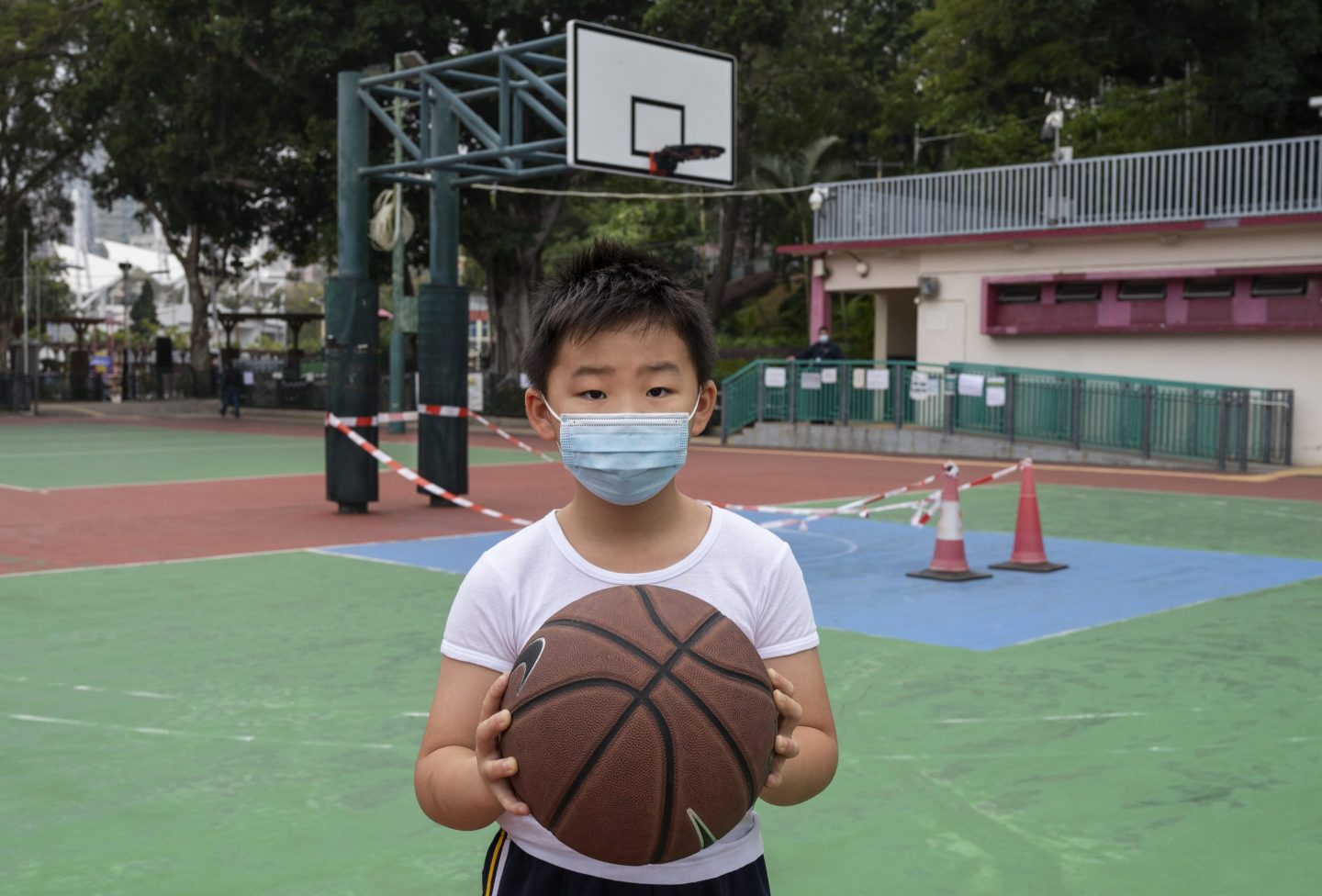 In a surprise announcement, Hong Kong ended inbound quarantine on Sept. 26, a move that the government and the city’s business community hope will revive Hong Kong’s fortunes after more than two years of COVID isolation.

“COVID-19 may have hampered our attractiveness and retention of talent, but we will soon reconnect with the world, and talent will return,” Paul Chan, the city’s financial secretary, predicted a few days after the city ended quarantine.

But the city faces a much deeper problem: Hong Kong is losing people. According to official statistics, the city’s population declined 1.6% from mid-2021 to today.

That population decline could constrain Hong Kong’s ability to recover in the long term, shrinking the city’s domestic economy and constraining the pool of labor needed to staff the city’s accounting firms, law firms, and other professional services that sustain its status as an international financial center (let alone all the other important businesses and institutions, like schools and hospitals, needed for a highly developed city).

Kindergartens and primary schools are warning they may have to close because of too few students. Universities are worried about falling enrollment. Companies and institutions are reporting a drop in skilled talent like teachers and nurses.

Officially, neither the Hong Kong government nor Beijing is worried about the city’s demographics. Huang Liuquan, a top Chinese official responsible for Hong Kong and Macau, told reporters in late September that “it’s not very appropriate to say that Hong Kong is experiencing an emigration wave.” He vowed that Hong Kong would soon recover as it shifted “from disarray to good governance.”

But politicians in Hong Kong are less sanguine. Lawmaker Regina Ip, who convenes the advisory body for the city’s chief executive John Lee, told Fortune that the city has “a short-term problem of loss of professionals and executives, teachers and nurses, owing to the aggressive immigration schemes launched by many countries,” though she is optimistic the city can recover in the long term.

Jeffrey Lam, another member of Lee’s advisory body, warned of a “shocking” brain drain on local radio before the city repealed quarantine and said he was worried that a lack of talent would threaten the city’s accounting industry.

Hong Kong is not alone in facing challenging demographics: Japan, South Korea, mainland China, Taiwan, and Singapore all have rapidly aging populations and plunging birth rates. But COVID restrictions, broader political uncertainty, and cost-of-living concerns in Hong Kong have supercharged a crisis that is partly of the city’s own making.

The city’s median age of first marriage has also shifted later in life. In 2021, it was 30.6 for women and 32.2 for men, versus 26 and 29 in 1991. The city also has gender imbalance, with 84.5 men for every 100 women. Hong Kong’s large population of foreign domestic helpers—almost exclusively women who are barred from applying for permanent residency—might be a factor in the disparity.

In comparison, the U.S. has a fertility rate of 1.6 births per woman, and a median age of first marriage of 28.6 and 30.5 for women and men, respectively. Mainland China, which is going through its own demographic crisis, reported 1.3 births per woman in 2022. Chinese men and women marry at 29.4 and 28.0 years of age, according to 2020 data.

As early as 2005, Hong Kong officials called on residents to have more children. Then–Chief Secretary Donald Tsang told a local radio program that “each couple needs to give birth to at least two children to reach the population replacement level. Three will be the best.”

But the cost of raising a child is high. The city has the world’s most expensive housing market, making it difficult for prospective families to find a space large enough to raise a family. Childcare costs are also expensive, meaning families often limit themselves to one child, if any.

Even before the city’s social unrest in 2019 and COVID-era travel restrictions, many Hong Kong residents wanted to leave. In 2016, a Chinese University survey found that almost 40% of Hong Kong people wanted to emigrate to another country if they could. In 2021, that share had risen to 43%. The city’s young are even more eager to live elsewhere: 57.5% of Hong Kong residents between age 15 and 30 said they wanted to emigrate in 2021, up from 46.8% in 2018.

But Hong Kong’s experience over the past three years is accelerating its demographic shift.

Several countries, like the U.K. and Canada, loosened entry requirements after Beijing imposed a strict National Security Law on the city in 2020. The National Security Law, which both the city’s government and Beijing claimed was needed in the wake of 2019’s protests, created a new law enforcement apparatus to curb acts considered to be seditious, including speech. The U.K. government estimates that almost 100,000 Hong Kong holders of British National (Overseas) passports applied to a special scheme granting them the right to live and work in the country with a possible path to citizenship.

COVID controls likely made matters worse. The city maintained social distancing regulations and a tough system of inbound quarantine throughout the COVID pandemic. At times, hotel quarantine for all arrivals was as long as three weeks. During the city’s worst outbreak this spring, the government sent COVID-positive people to quarantine camps and separated infected children from their parents, causing some families to flee.

That’s left an opening for the city’s competitors like Singapore to exploit. Singapore is barreling ahead with plans to attract global talent, including a new scheme for highly skilled foreigners.

Singapore “may succeed in retaining talent who temporarily relocated from Hong Kong to Singapore” during the city’s COVID wave earlier this year and might also encourage “people from outside of the region to choose to relocate to Singapore rather than Hong Kong,” says Lee Quane, Asia regional director for ECA International, which provides data to help companies manage expatriate workers.

Singapore’s population grew in June for the first time since the pandemic, expanding 3.4%. Singapore’s nonresident population, which includes migrant workers and students, grew by 6.6%.

That gives the Hong Kong government the unenviable job of encouraging current residents to stay put while attracting new talent from outside the city.

In mid-September, Ip suggested on local radio that the Hong Kong government pay a $2,550 bonus to new parents. She acknowledges that sum isn’t much but might “help to encourage families to have a baby.” She also proposed the government offer a $6,400 subsidy for women to freeze their eggs and men to freeze their sperm. (Hong Kong allows any woman to freeze her eggs, but it only allows a fertilized egg or embryo to be implanted in a woman if she’s married to a man.)

A baby bonus is unlikely to solve the problem, says Stuart Gietel-Basten, a professor of demographics at Khalifa University. Such policies “usually just [affect] the timing of when people have the babies they were already planning to have,” he says. “Almost no policies have affected the total number of children that people will choose to have.”

“Theoretically, Hong Kong could use migration to balance its population,” Peter McDonald, professor of demography at the University of Melbourne, told Fortune. But “there is massive global competition for skilled migrants, and Hong Kong is unlikely to be able to compete with Europe and the main English-speaking countries,” as skilled labor looks to opportunities in countries like Canada and Australia, he says.

Ip is optimistic, however, that Hong Kong will be able to attract talent again, especially from mainland China. “As we slowly phase out restrictions, we will get new and younger people joining us from mainland China,” she says, while still calling for “an overhaul of our highly reactive and outdated immigration policies.”

McDonald gives a much more pessimistic prediction for the city. “Its population will decline, and it will lose its international significance with a potential flight of capital and skills,” he says.