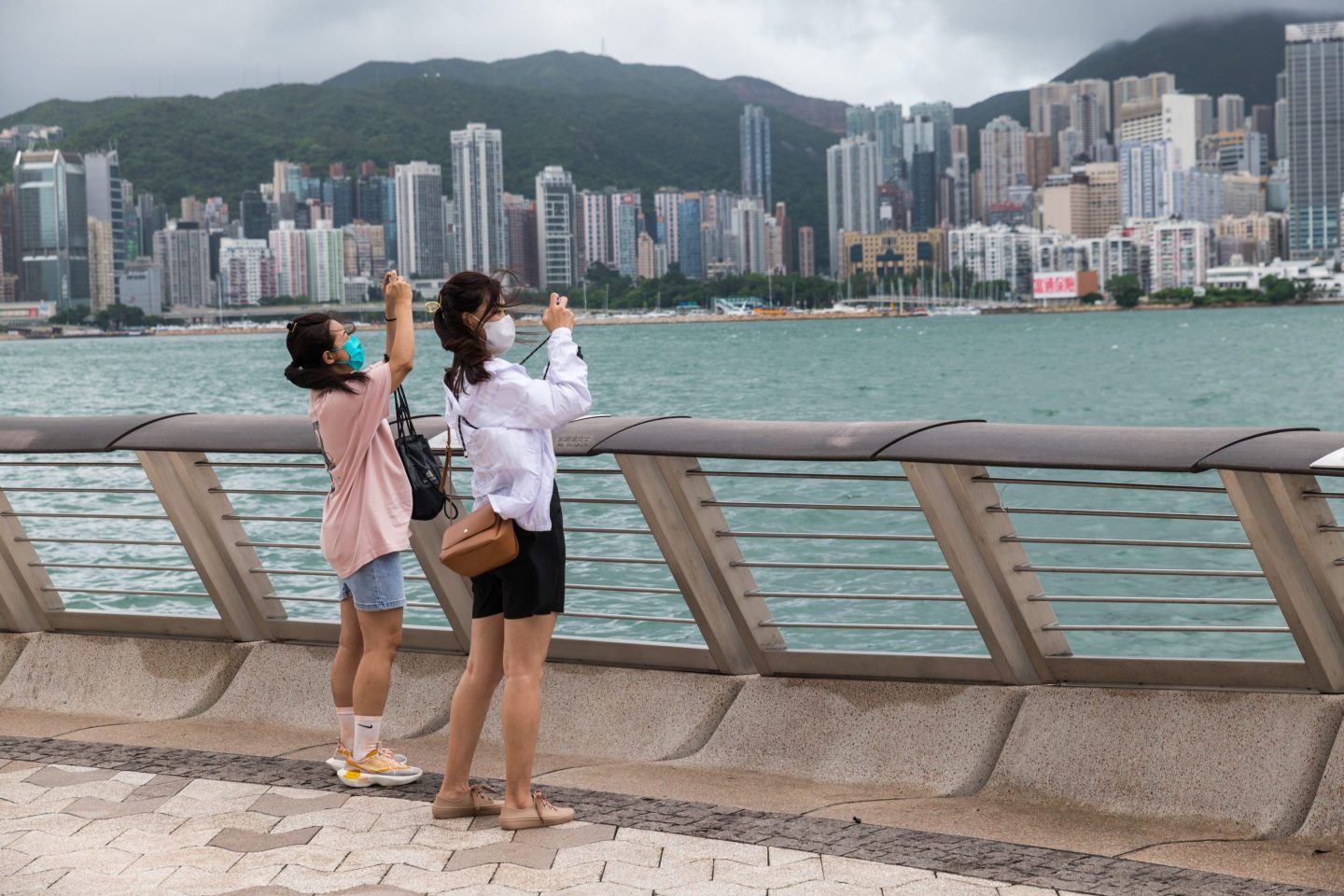 Hong Kong will give away free plane tickets as it tries to recapture its former glory as a tourist destination.
Marc Fernandes—NurPhoto/Getty Images

After more than two years of being closed off to the world, Hong Kong is so desperate for visitors that it’s willing to pay for their trips.

“Once the government announces it will remove all COVID-19 restrictions for inbound travelers, we’ll roll out the advertising campaigns for the free air tickets,” said Dane Cheng Ting-yat, executive director of the Hong Kong Tourism Board. The city stopped requiring inbound quarantine for international arrivals in late September.

Hong Kong is currently in an economic slump after a serious COVID outbreak earlier this year. The city’s government predicts that the economy will grow between –0.5% and 0.5% this year.

Hong Kong attracted 56 million visitors in 2019, even as the city’s social unrest deterred some travelers from going to the city.

The city’s airport was also one of the world’s busiest for both passenger and cargo traffic. As late as February 2020, the month before the city imposed quarantine on all inbound arrivals, 660,000 passengers landed in Hong Kong International Airport.

Yet tough COVID restrictions drove both visitors and airlines away. For over two years, Hong Kong required all international arrivals to go through inbound quarantine, which at times could be as long as three weeks in a quarantine hotel.

During the COVID pandemic, inbound passenger numbers fell into the thousands at times, according to data compiled by independent analyst David Webb. In September, Hong Kong’s airport recorded 155,000 arrivals.

The city is quickly scaling back its COVID restrictions: It eliminated inbound quarantine for international arrivals on Sept. 26, though visitors must still undergo regular testing and are barred from activities deemed high-risk, like going to a restaurant, for three days.

Yet government advisers are already calling for the speedy rollback of even these remaining restrictions.

Aircrew are also starting to get a reprieve. On Tuesday, Hong Kong said that locally-based aircrew no longer needed to isolate themselves in a hotel when they fly overseas.

But the city still has a long way to go if it’s to recapture its status as an aviation hub.

Earlier this week, Virgin Atlantic said it would permanently end its flights to the city, and close its local office, blaming the extended flight time caused by avoiding Russian airspace. The airline hadn’t flown to Hong Kong since December 2021 because of the city’s COVID restrictions.