A global recession is almost certainly coming and the Fed is to blame, according to the UN 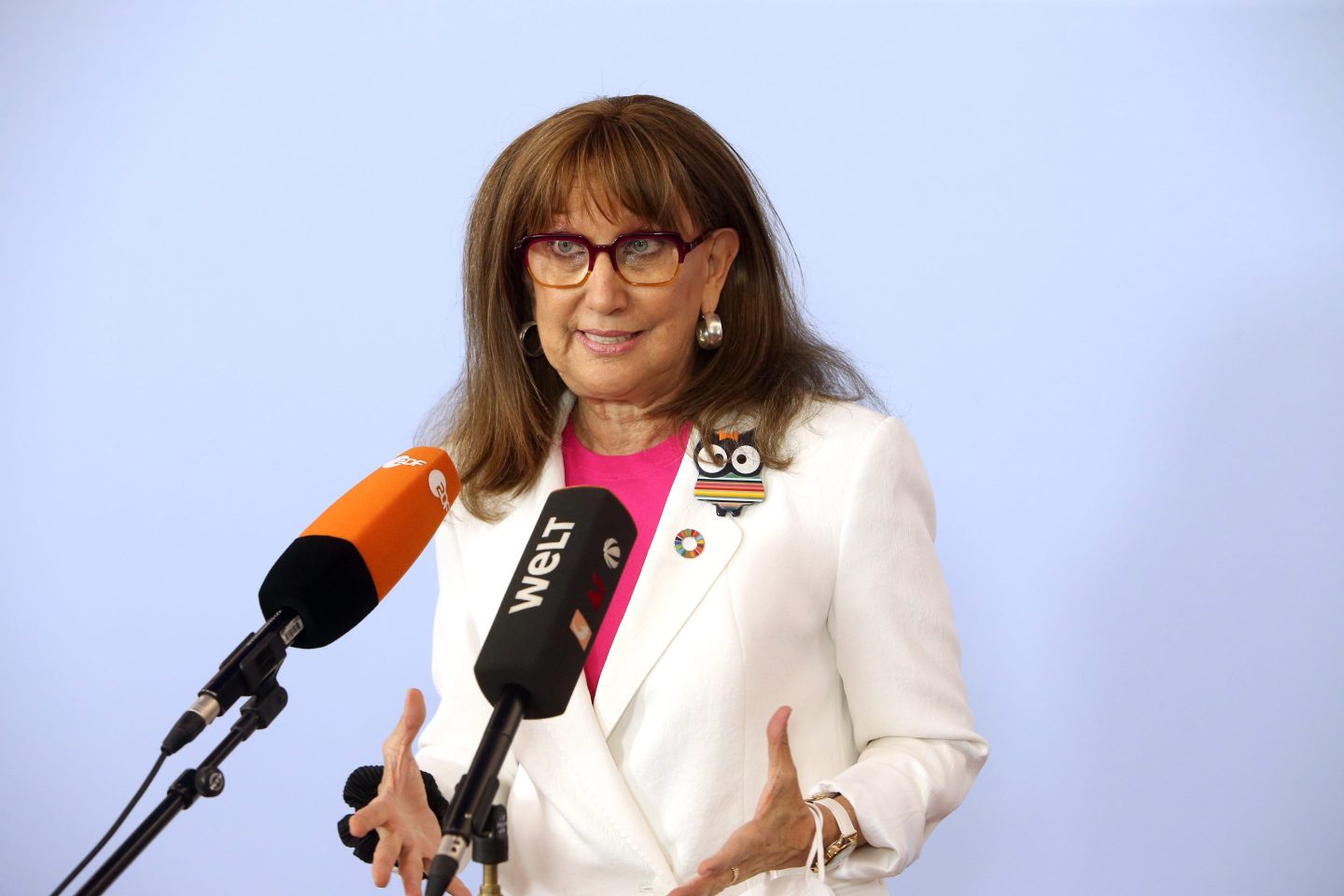 Hi, Peter Vanham here, writing on a plane from Geneva to New York, filling for Alan.

We’re already in a global slowdown, and if no immediate policy actions are taken to curb speculative behavior and markup prices in energy, food, and other concentrated global industries, we’ll be in a full-fledged recession by the end of the year, induced in part by excessive rate rises.

Don’t take my word for it: this is the analysis of Rebeca Grynspan, the secretary-general of the United Nations Commission on Trade and Development (UNCTAD), a UN agency that tracks global growth and trade in developing countries, whom I sat down with in Geneva. At times, it felt like a “J’accuse” of American capitalism, though Grynspan oft repeated her agency is pro-capitalist, promoting trade.

First the news: according to the latest UNCTAD Trade and Development report, global growth is expected to slow down to 2.5% this year, and 2.3% by 2023. That means a global recession is almost a fact, as 2.5% is the threshold for that. (A top rate of 2.5% globally means many regions are in a recession, while other regions experience de facto negative growth when adjusted for population.)

Who’s to blame and how can worse be averted? The Fed with its sole focus on domestic price inflation certainly doesn’t make a good impression, according to Grynspan. By rapidly and incessantly raising interest rates, it and other central banks engage in an “imprudent gamble,” as they are a “harsh and blunt” tool, and “there is no way you can control inflation without getting into a recession.”

One consequence: some 90 developing countries saw their currency weaken against the dollar this year, making it harder for them to buy any goods priced in dollar, or pay back dollar-denominated debt, and leading almost all into an economic downturn.

What makes matters worse, Grynspan says, is that aggregate demand isn’t the main cause for price rises: “It is markups and speculation. You have to look at the supply side.”

To back up her analysis, Grynspan and her colleague Anastasia Nesvetailova, UNCTAD’s macro-economist, share two observations. First, in the U.S., they see corporate profits now driving 50% of price growth, compared to 10% previously. It suggests increased market concentration and pricing power.

Second, they say, speculators are causing further turmoil in commodity and energy markets. In places like the Chicago Mercantile Exchange, future markets are usually controlled by price hedgers, in a ratio of 70/30 to speculators. Now, according to UNCTAD, that ratio has reversed.

What to do about it? “We need a policy mix,” according to Grynspan. At CME and other future exchanges, rules to rein in speculators, as was the case in the Obama era. Among Fortune Global 500 companies, a commitment to fair pricing, or else an agreement among governments to regulate and tax.

And if that doesn’t happen? “We’ll continue to live in a world of cascading crises,” Grynspan warns. “We don’t get out of one, and we get into another. It cannot be that we think this is in the interest of the Fortune 500, or the most important economy in the world.”

When will this saga finally be over? According to the Journal, Twitter and Elon Musk’s representatives still can’t agree on the terms of his $44 billion takeover, specifically whether the deal’s closure requires Musk’s raising of debt financing, and what it will take to end litigation between the two sides. Wall Street Journal

The U.S. has, as predicted, reacted angrily to the OPEC+ cartel’s decision to cut oil production by 2 million barrels a day. The White House called the decision, which could boost oil prices shortly before the midterms, “shortsighted” and “aligning with Russia.” The Saudis, whom the Biden administration had been trying to court, claim there is no belligerence involved, and the move was intended to encourage investment. Financial Times

Despite the push for a transition to renewable energy sources, onshore wind turbines are not a profitable business right now. Yesterday that fact led General Electric to lay off hundreds of workers at its onshore wind unit, while Spanish-listed rival Siemens Gamesa reportedly tossed out CEO Lars Bondo Krogsgaard due to losses. Reuters

Top economist Steve Hanke says the ‘incompetent’ Fed is on a fast track to cause a terrible recession, by Shawn Tully

Fast-fashion giant Zara faces a huge challenge in the climate crisis. Can its heiress-turned-leader make the brand fast, cheap, and green?, by Vivienne Walt

It will take more than talk to improve the future of work, by Deborah Lovich and Sebastian Ullrich

Ex-Disney CEO Bob Iger explains why he backed Canva, the $26 billion design startup—and how it fits into his investment strategy, by Emma Hinchliffe