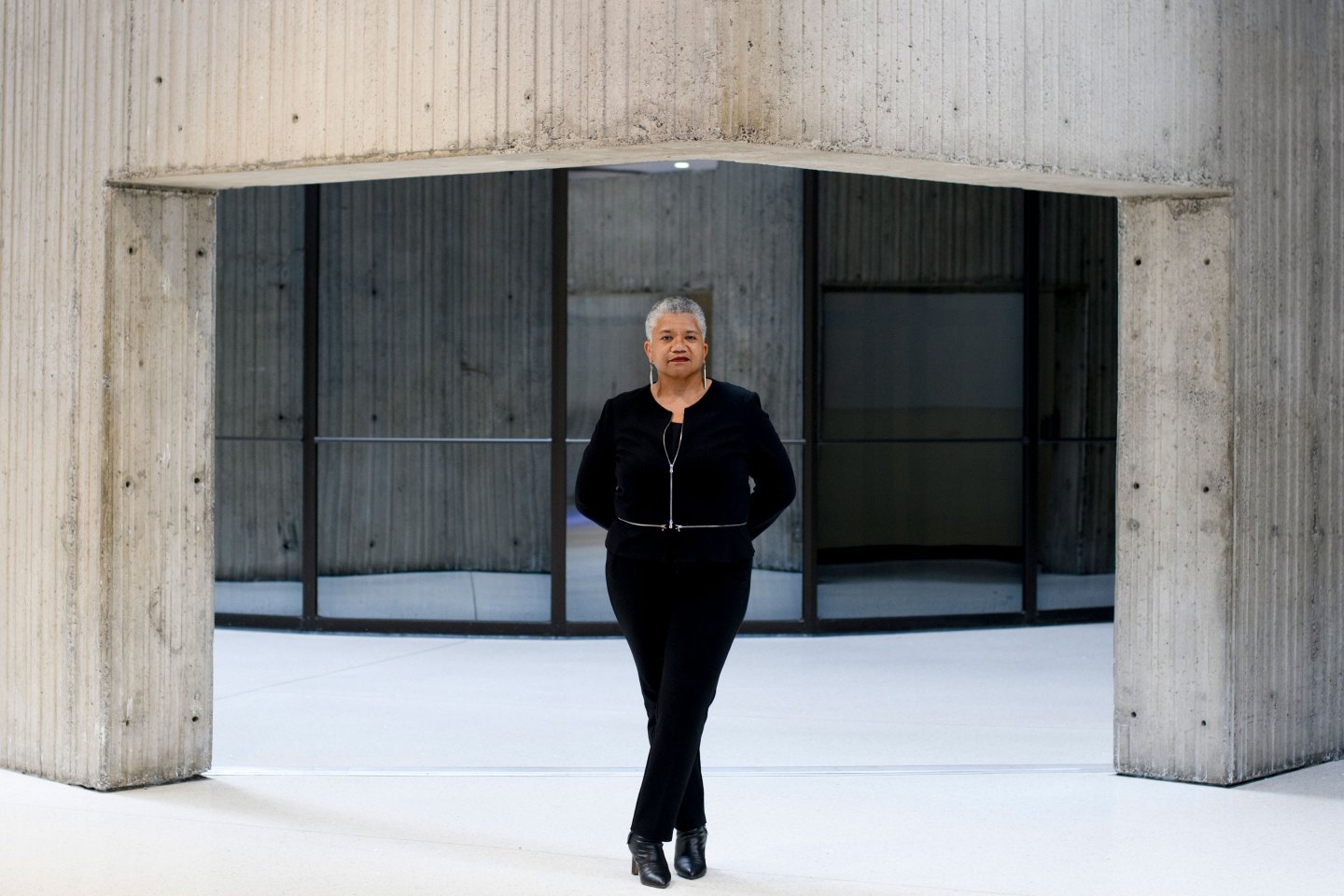 Telva McGruder distinctly recalls what sparked her interest in engineering. The year was 1982, and she, a child, was watching a television special about the first permanent artificial heart transplant. The documentary was riveting and shed light on how engineers approached problem-solving. That put her on a path that would ultimately lead her into electrical engineering and a 28-year career at General Motors. Now, as chief diversity, equity, and inclusion officer at the automaker, she’s tasked with improving representation in the workplace across gender, ethnic, and racial backgrounds. One way to achieve that? Remove university degree requirements for many jobs.

That might seem like a counterintuitive stance, considering McGruder’s educational credentials. In 1998, she obtained a master’s degree in electrical engineering from Purdue University, seven years after receiving her bachelor’s there. (She arrived at GM in 1994 after a two-year stint at NASA out of college.) While she acknowledges that her advanced degrees served her well—and are indeed useful and even essential for many employees at the carmaker—McGruder cautions against fixating on formal university credentials, which can hinder a company’s diversity efforts and narrow the pool of qualified candidates.

“Let’s remove that degree requirement where it’s not necessary,” she tells Fortune. The link between four-year degrees and social and racial inequity has been well-documented. According to Lumina Foundation, a foundation focused on democratizing education, the gap between the rate of White people and Black Americans with university degrees increased from 18 to 20 percentage points between 2008 to 2018. And rising tuition has made university education, and the doors it has traditionally opened, further out of reach for many, creating an artificial barrier to diversity in the workplace in McGruder’s estimation.

After over two decades on GM’s engineering side, McGruder became the DEI chief in 2020. During that time, her team and human resource removed four-year degree requirements for some jobs where skills are more essential to the position than formal education. One such job is the group leader role in GM’s manufacturing plants, a supervisory role on the plant floor. McGruder says removing the degree for this position broadened the pool of applicants and increased the diversity of potential candidates.

“An engineering degree is ‘wow’ and very well-respected. I have one myself. But it’s not necessarily the be-all, end-all indicator of someone’s potential,” she says.

Fortune: Most people imagine a carmaker’s factory floor staffed mainly by white men. Is that accurate?

McGruder: We definitely have White blue-collar men, but we have a very diverse workforce and a large percentage of Black team members. Women make up over 20%. We also have team members from all different parts of society; some grew up on farms, and some grew up in the city. That stereotype and how manufacturing is typically depicted is probably from 40 or 50 years ago, but there’s much diversity here.

Does the current worker shortage make it harder to hit diversity goals as quickly as hoped?

No. In 2021, nearly a third of our new hires were women, and 42% were from underrepresented groups. So we’re not having trouble moving forward with increased representation. That said, it’s been largely enabled by hiring. If hiring decreases tremendously, then the rate at which you can continue to change representation is hindered a little bit. We’ve hired about 7,000 new salary team members this year, which has certainly been helpful.

The student body at most engineering schools is still mainly white and male, but that’s where companies seek talent. What can be done about this?

Some 30 years later, we have a higher percentage of women pursuing engineering degrees, call it around 20%. But still, it’s very much male-dominated. We must be agile in thinking about what we’re looking for and the skills we need, not just what degree we want in a candidate. Sometimes candidates can only obtain those skill sets through an engineering degree, and sometimes a candidate may have a degree in another engineering field. We’re focused on the skills candidates bring above all else. If we don’t focus on skills, we might close options for women because fewer women are getting those degrees.

What about on-the-job experience substituting for the right degree?

There’s not one person at General Motors doing exactly what we hired them to do when they came in. We’re good at developing talent and developing skill sets. We must be cognizant of the potential we see in someone, not just what they already know how to do and whether they have the potential to grow. When you look at Black and Hispanic people in the U.S., more than 80% don’t have college degrees. But that doesn’t mean that they’re not capable. This frame of thinking opens the door to diversity.

What about recruitment from trade schools as a solution to diversifying talent pools?

An engineering degree is “wow” and very well respected. I have one myself. But it’s not necessarily the be-all, end-all indicator of someone’s potential. At GM, we’re doing several things to open up the funnel of people we welcome into our business. We are recruiting from more universities than ever and more diverse universities, such as research and applied knowledge institutions.

Under your boss, Mary Barra, GM has majorly pivoted toward electric vehicles. How does that affect your pursuit of DEI goals? How do you get other leaders on board?

Part of my role is to help senior executives and colleagues in other parts of the business understand that there are people with disabilities, who live in urban communities, Black people, women, and many others we need to reach as we pivot now. So there’s a lot of work we’re doing internally to make our workforce more inclusive and equitable during this process, especially as we shift to EVs and think of the business and all the areas that it touches.

You started your career in engineering at NASA. What do you still carry with you all these years later?

One of the things I carry with me, from a technical and a people perspective, is something I saw the first time I walked into a NASA facility. These signs in the test labs said, ‘Always alert, nobody hurt.’ But it puts you in this mindset of ‘pay attention’ because if you don’t, people can get hurt. I was doing applied research on aircraft engines at the time, testing the combustion properties of aircraft engines and also modeling de-icing mechanisms. So the lesson now is to pay attention to where people are and why they’re saying what they’re saying, which helps to create great relationships.

As you rose in your career, did you occasionally face sexism or racism?

I had challenges from the beginning, starting in university with professors telling me that I shouldn’t be there because I wasn’t going to do well or asking me why I was always sitting in the front row because it wasn’t going to change my grades. At the same time, I had other professors who supported me.

Most of what I’ve faced since I started working is borne from the nature of our society and who we are—just strong biases that people don’t even realize they have. I once had a leader who said, ‘You know, we think this would be a great job for you. But I didn’t put your name in for it because it would take a lot of time, and I know you prefer to spend time with your kid, and you probably shouldn’t do this job.’ I said, ‘I’m glad you brought it up because it allows me to tell you that I’m very interested in that role.’ But in his mind, he was trying to help me because society has told him that women want to spend more time with their children.

Get to know McGruder: