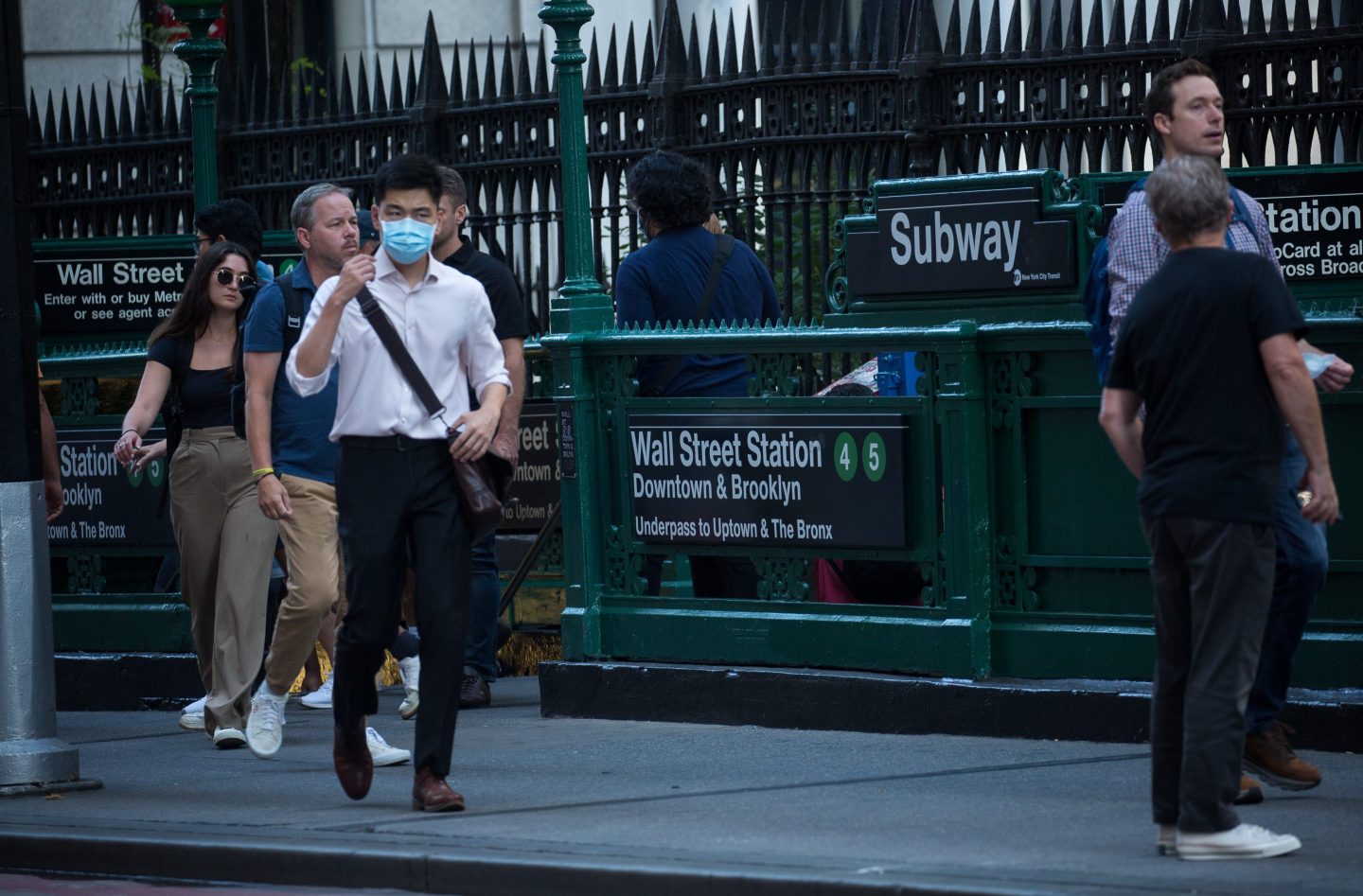 After a big jump in the two weeks after Labor Day, office occupancy across the U.S. dipped slightly last week.
Michael Nagle—Bloomberg via Getty Images

Bosses had hoped that Sep. 5 would finally be the date when workers would return to the office. Yet after an initial uptick in commuters, the resurgence of in-person work already seems to be slowing down.

Efforts to get workers back to the office after Labor Day were initially successful. Kastle Systems data show that office occupancy had fallen to as low as 34.5% in New York City right before Labor Day and then jumped to 46.6% two weeks later.

But even transitioning to just three mandatory days in the office is proving difficult for some companies, with one major U.S. car manufacturer already delaying its return-to-office plans.

On Friday, General Motors said that employees would be asked to come into the office three days a week starting later this year. But the vague message forced the company to send a second message on Tuesday, reports CNBC, saying that it won’t mandate specific in-person working days, and that the return-to-office plan wouldn’t start until next year at the earliest.

GM had earlier promoted a policy titled “Work appropriately,” in which employees and teams were given the flexibility to decide how much office time they needed.

GM did not immediately respond to a request for comment from Fortune. A GM spokesperson confirmed the existence of Tuesday’s message to CNBC, adding that the company’s return-to-office plan “has not really changed” beyond timing.

Executives argue that remote work hurts productivity. A Microsoft survey released last week found that 85% of bosses are less confident that their employees are being productive due to hybrid work. JPMorgan CEO Jamie Dimon recently argued that in-person work fosters diversity, while BlackRock CEO Larry Fink suggested that bringing people back to the office would help ease inflationary pressures.

Yet employees still prefer remote work and greater flexibility. Eighty-seven percent of employees think they are productive when working from home, according to Microsoft’s recent survey. And only one in five knowledge workers want to return to the office full-time, according to the Future Forum in July.

Even New York City Mayor Eric Adams, who has called on businesses to bring people back to the office, admitted last week that the city’s downtown areas might need a “zoning rethink” if hybrid work schemes become the norm.