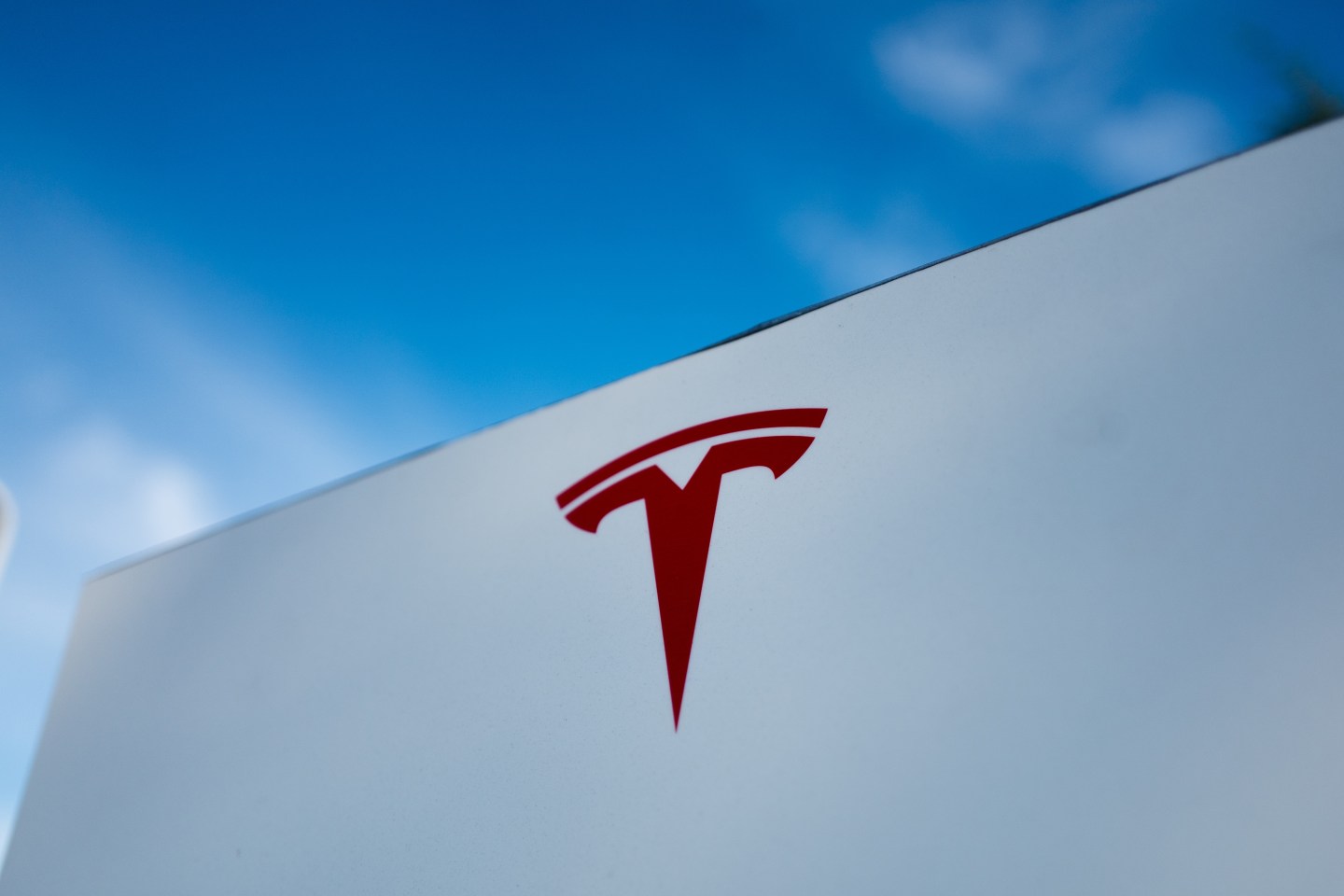 Tesla is expected to report earnings next month, and Goldman Sachs is revving up with a bullish call.

Strategists at the firm argue that based on what they view as numerous catalysts in the next several weeks and options activity, the stock is poised for increased volatility, and buying call options—meaning, the right to buy the stock at a later date at a set price—is a good move right now.

Tesla’s “one-month implied volatility” is “only at median levels relative to the past year,” and “the options market is bearishly positioned ahead of multiple upcoming catalysts, as evidenced by one month normalized put-call skew in its 87th percentile relative to the past year,” derivative research strategists wrote in a report out on Wednesday morning (a put option means investors are betting the price of the stock will go down). They recommended investors buy call options (they noted “the TSLA 04-Nov Weekly $285 calls, recently offered at $23.70 (8.4%, stock $282.94)”), but, of course, cautioned that “call buyers risk losing the premium paid if the stock closes below the strike price on expiration.” (As a note, Tesla stock closed up at $288 on Wednesday.)

Even if you’re inclined to leave options trading to the pros, the Goldman strategists point to a number of upcoming events that could prove market movers for the stock: including Tesla’s A.I. day this week, third quarter deliveries numbers (expected in early October), and earnings. Goldman automobiles analyst Mark Delaney has even higher expectations than the rest of the Street for Tesla’s earnings per share for Q3, based on his belief in “increasing [electric vehicle] demand coupled with Tesla’s EV leadership position,” as well as falling cost of goods sold (COGS) per vehicle.

The Elon Musk-led company’s stock has managed to outperform tech stocks broadly and the S&P 500 in recent months, up about 24% in the last three months compared to the S&P’s roughly 3% decline, though it’s shaved nearly 4% off in the last week. According to Wedbush managing director and senior research analyst Dan Ives, the stock’s recent outperformance to the market is due largely to “strong” demand in China, he told Fortune. Ives has a bullish price target of $360 for the stock, roughly 25% above current levels.

During a recent presentation at Goldman’s Communacopia + Technology conference, Tesla “indicated long term demand trends for EVs remain strong” and management “believes supply chain constraints for batteries and chips have eased,” which, according to Delaney, “will help delivery volumes.” Another potential catalyst for the EV-maker? The Inflation Reduction Act (IRA) recently signed into law, which includes electric vehicle tax incentives, and aims to “encourage a North America based EV supply chain,” which, according to Delaney, “coupled with [Tesla’s] advantage on local manufacturing [versus] peers,” positions them to “benefit more than most auto companies, albeit management maintains it is too soon to quantify the impact of IRA.”

Wedbush’s Ives notes “deliveries are front and center for the Street: there’s been a lot of noise around demand as well as production coming out of China,” which has become “a big bull/bear debate” for the third quarter. He points out that Tesla’s ramp up of other plants in Germany and Texas could also become “big potential drivers” for the company in 2023.

But certainly Tesla has its share of bears on the Street, and the EV-maker is facing other issues, including Reuters reporting this week that the company plans to keep production at its Shanghai plant below capacity through the end of 2022, which Ives says he’s keeping “an eye on.” Meanwhile CEO Musk’s upcoming trial over attempting to back out of his deal to buy Twitter “continues to be just a bit of an overhang on the stock and the story,” Ives argues. “If the judge ultimately forces Musk to buy Twitter, what would that mean in terms of selling stock?”

What’s also unclear is how the overall economy, which appears to be teetering on a recession as the Federal Reserve continues to hike interest rates, could impact demand for Tesla. Globally, the “biggest risk,” Ives declares, is “demand in China being negatively impacted” by the macro picture.

Ever-bullish Ives, meanwhile, remains optimistic, with a caveat: The stock is “set up well” for the rest of the year if demand holds up, but he added there are “macro issues” and “this is a key few quarters ahead of Tesla,” argues Ives. With “any sign of trouble,” investors will “run for the hills.”