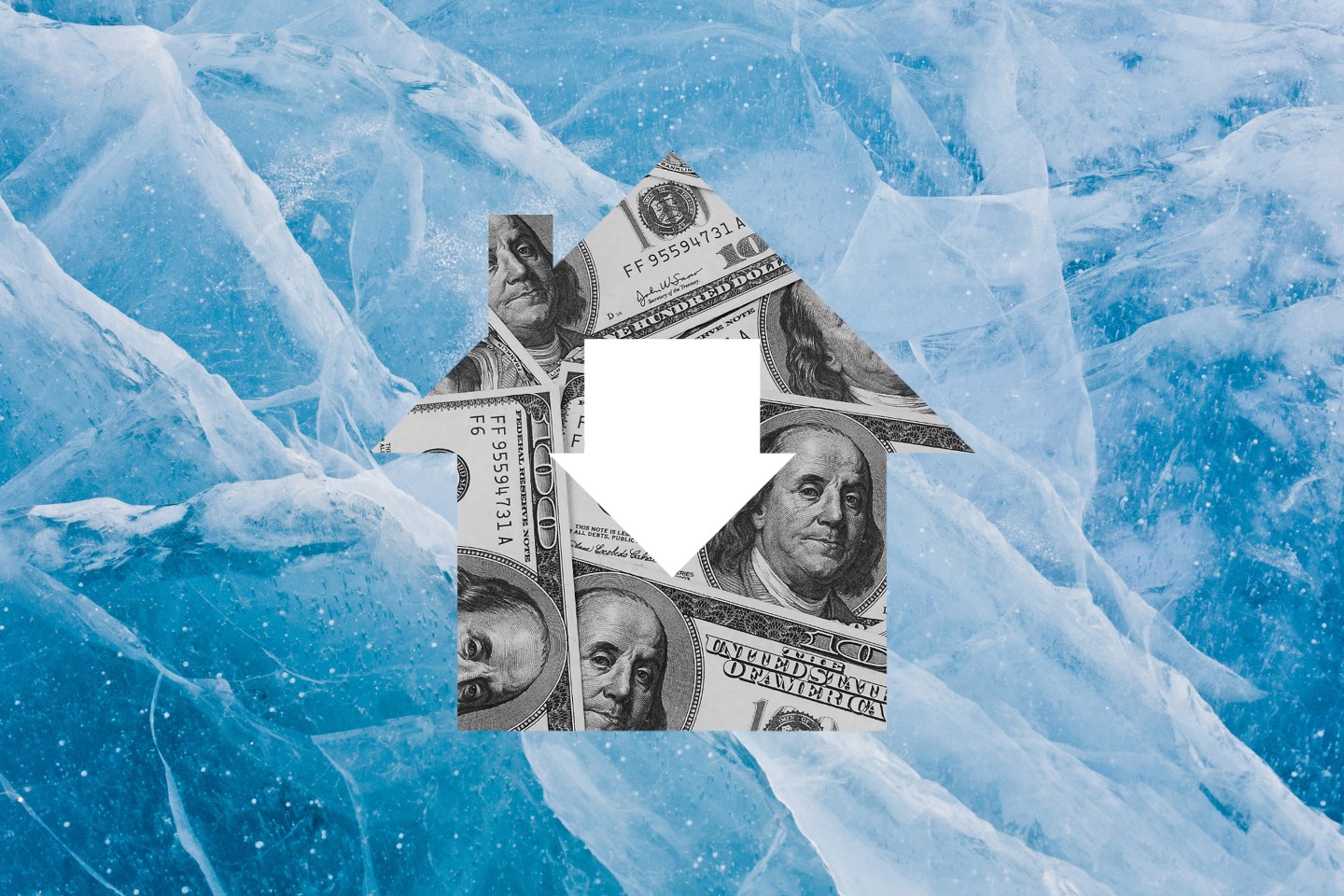 Back in June, Fed Chair Jerome Powell made it clear: The housing market would go through a “reset.”

“I’d say if you are a homebuyer, somebody or a young person looking to buy a home, you need a bit of a reset. We need to get back to a place where supply and demand are back together and where inflation is down low again, and mortgage rates are low again,” Powell told reporters.

Whenever a central bank moves from monetary easing to monetary tightening, there’s going to be an impact on a rate-sensitive sector like real estate. That impact, of course, is going to be even greater when monetary tightening comes after the asset class—residential real estate—spiked 43% in just over two years. Powell admitted that much in June. However, Powell was noncommittal as to whether the rate shock would push home prices lower.

Fast forward to September, and we no longer need to question if the housing “reset” will affect home prices. Back in June, the U.S. housing market was still just in the early innings of a sharp drop in housing activity. Since, we’ve seen housing activity, including home sales and home construction levels, go much lower. But as data rolls in for August, we now have clear evidence that the housing market downturn has moved beyond that first stage (i.e. a sharp drop in housing activity) and into the second stage (i.e. falling home prices).

“The longer that [mortgage] rates stay elevated, our view is that housing is going to continue to feel it and have this reset mode. And the affordability resetting mechanism right now that has to happen is on [home] prices. And so there are a lot of markets across the country where we’re forecasting that home prices are going to fall double-digits,” Rick Palacios Jr., head of research at John Burns Real Estate Consulting, tells Fortune.

Let’s take a deeper look at the three elements that’ll shift as we move into the second stage of the housing market downturn.

1. The home price correction is spreading.

As mortgage rates spiked—going from 3.2% to 6.3% this year—industry insiders knew it'd cause a sharp contraction in housing activity. However, many housing bulls thought it wouldn't pull prices down. In March, Zillow went as far as to predict another 17.8% jump in home prices over the coming year.

It's clear that housing bulls got it wrong. Among the 148 regional housing markets tracked by John Burns Real Estate Consulting, 98 housing markets have seen home values fall from their 2022 peaks. Just 50 markets remains at their peak.

In 11 markets, the Burns Home Value Index* has already dropped by more than 5%. That includes a 8.2% drop in San Francisco home values. While it's common for median list prices to drop around this time of year, it's not common for home values or "comps" to fall because of seasonality. Simply put: The home price correction is sharper—and more widespread—than previously thought.

There are still some firms that don't think the home price correction—which is driven by an affordability squeeze created by spiked mortgage rates—will carry over into 2023. That includes Zillow. The Seattle-based home listing site acknowledges that 62% of housing markets should see falling home values in the third quarter of 2022. However, Zillow economists predict that only 28.5% of markets are headed for year-over-year declines between August 2022 and August 2023.

2. The housing downturn will soon spread beyond housing.

On a year-over-year basis, the ongoing housing downturn has seen new home sales and existing home sales fall by 29.6% and 20.2%. Real estate firms like Redfin, Realtor.com, and Compass have already issued layoffs. Homebuilders are calling off projects, while some mortgage lenders are teetering on bankruptcy.

That said, most of the financial pain of the housing downturn has been contained within the real estate industry. That's about to change.

If Goldman Sachs is right, it'll mean the contractions in the U.S. housing market will soon sprawl out into the broader economy. That's not surprising. After all, the Federal Reserve has upped the Federal Funds rate in an attempt to slow the economy.

As home shoppers across the country put their home search on pause it causes homebuilders to pull back. That sees decreased demand for things like refrigerators, lumber, windows, and paint. Those economic contractions should, in theory, help to rein in runaway inflation.

As the Pandemic Housing Boom fizzled out this summer, we saw inventory jump across the country. In bubbly markets, like Austin and Boise, that inventory jump was greater than 300% between March and August.

But that inventory spike is already fizzling out.

Active listings on Realtor.com jumped by 106,900 homes in May. That was followed by 102,900 and 128,200 jumps in June and July. However, that slowed in August to just a 31,900 inventory jump. And through the rest of the year, Altos Research predicts inventory will actually fall.

What's going on? For starters, sellers are realizing that buyers are done paying top dollar. Rather than take less, some sellers are simply waiting out the housing downturn.

There's also the rate lock-in effect. The vast majority of outstanding mortgages have rates below 5%—with a big chunk even below 3%. If they sell now, they'd be giving up their historically low mortgage rate. That payment jump is hardly appealing for move-up buyers.

"It's going to be very very hard to persuade people to let go of those insanely low rates," Palacios tells Fortune. While many industry insiders believe tight inventory will help to prevent a housing crash, Palacios says it won't be enough to prevent the home price correction.