‘There were no good options, so we created our own’: How Patagonia will work after founder Yvon Chouinard gave it away 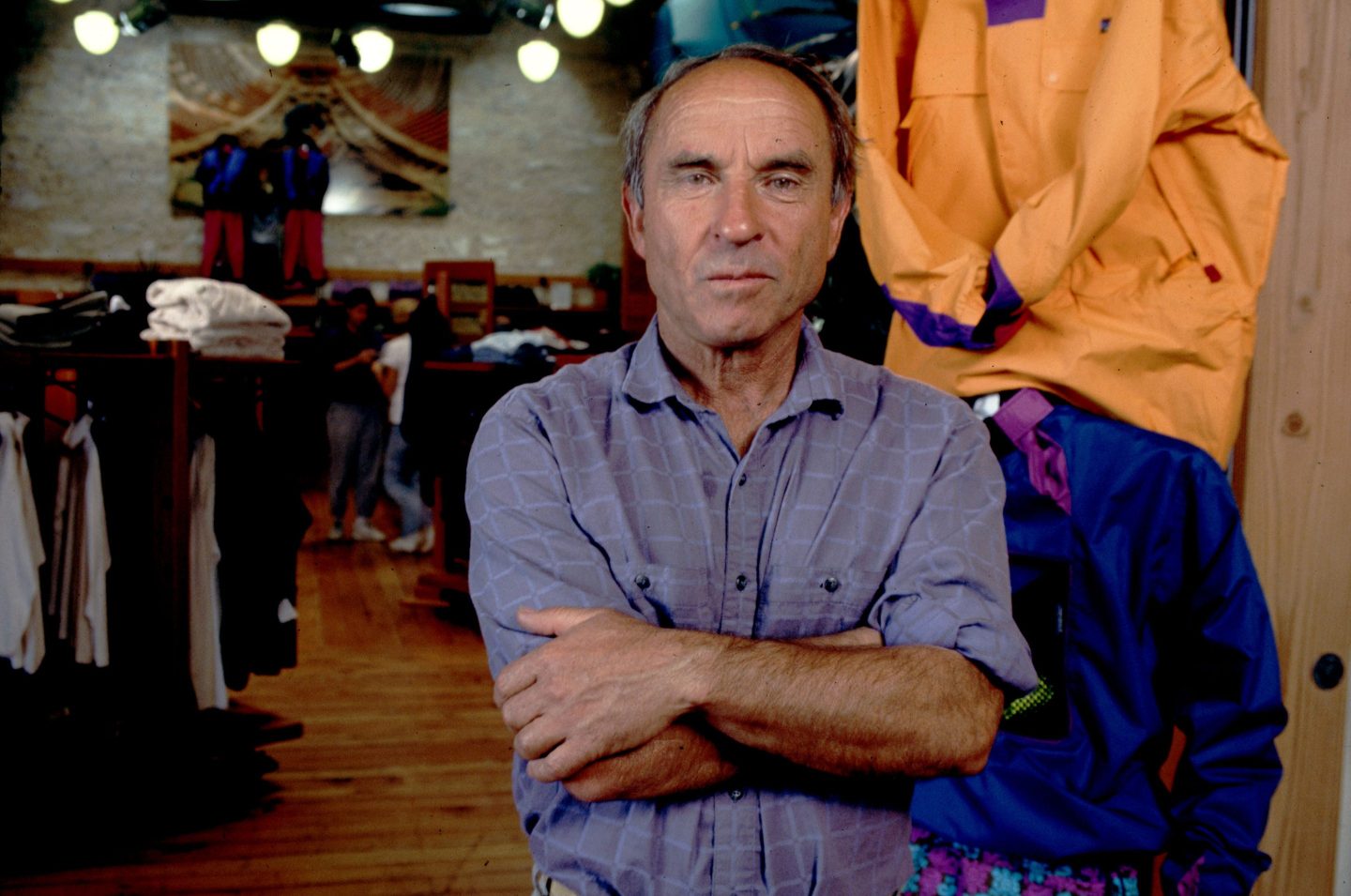 Yvon Chouinard poses in front of a Patagonia store in 1993, two decades before transferring the entire ownership of the company to a nonprofit organization.
Jean-Marc Giboux—Liaison Agency/Getty Images

“Earth is now our only shareholder.”

This is the tagline for Patagonia’s jaw-dropping move to transfer the entire ownership of the company from the Chouinard family to a nonprofit organization that will spend all profits from Patagonia on combating climate change.

“Hopefully this will influence a new form of capitalism that doesn’t end up with a few rich people and a bunch of poor people,” Yvon Chouinard, the founder of Patagonia, said in an interview with the New York Times on the day of the announcement.

Chouinard has seen his net worth skyrocket over the years as Patagonia sales soared, but has regularly noted that he detests excessive wealth and was looking to offload his any way he could.

Under the new model, Patagonia will—like a typical business—continue to seek to maximize its profits and compete with other outdoor clothing retailers. But the move differentiates Patagonia from other businesses as its profits will go to a trust and nonprofit organization rather than to shareholders who own a stake in the company.

This has rarely been done before—and never at this scale. “Truth be told, there were no good options available. So we created our own,” Chouinard said in a statement.

So how does it work, and what were the other options?

How does the new model work?

The Chouinard family decided to take their shares and sell them to two newly created entities: a nonprofit and a trust.

Patagonia’s entire voting stock, which was once held by the Chouinard family and only represents around 2% of overall shares, was placed in a newly established entity known as the Patagonia Purpose Trust. The entity will be overseen by members of the family and closest advisers and will be in charge of approving key company decisions, such as appointments to the board of directors and changes to the company’s legal charter.

Meanwhile, the remaining 98% of the company, valued at around $3 billion, will go to the Holdfast Collective, whose only responsibility will be to protect the planet. The Holdfast Collective will distribute an annual dividend from any cash that is not reinvested in Patagonia to fight the environmental crisis, protect undeveloped land around the world, and advocate for causes and candidates in politics.

Patagonia will continue to operate in the same fashion—selling about $1 billion annually in jackets, hats, and the famed finance-bro fleece vest made of 100% recycled polyester—but the $100 million of profits that previously went to the Chouinard family each year will now go to the newly established nonprofit organization.

“We are going to give away the maximum amount of money to people who are actively working on saving this planet,” Chouinard told the New York Times.

Why not just sell the company and donate the proceeds to charity?

“One option was to sell Patagonia and donate all the money,” Chouinard wrote in a statement. But, he said, this move would put the future of Patagonia at risk.

“We couldn’t be sure a new owner would maintain our values or keep our team of people around the world employed,” Chouinard wrote.

In a selloff, Patagonia could have ended up in the hands of a private equity company or a large fashion conglomerate, which might fray Patagonia’s vision of treating its workers and the planet with respect.

Why not go public?

“What a disaster that would have been,” wrote Chouinard. Going public would still allow Chouinard to sell off his shares and donate the proceeds to charity, but that would leave the direction of the company to the public market.

“Even public companies with good intentions are under too much pressure to create short-term gain at the expense of long-term vitality and responsibility,” Chouinard wrote.

Who is Yvon Chouinard?

The financial engineering of a deal of this scale is unmatched in creativity, and who else could pull it off than Yvon Chouinard?

A pioneering rock climber in the Yosemite Valley in the 1960s, Chouinard is not the typical unicorn company founder. In his youth, he reportedly lived out of his car and ate damaged cans of cat food. Today he can be found in his modest homes in Ventura and Jackson, Wyo., wearing raggedy old clothes, driving a Subaru, and using neither a cell phone nor a computer.

Chouinard started his career making hardened steel pitons for use in Yosemite Valley in 1957, which he sold from the back of his car to maintain his lifestyle of surfing and climbing. Around 1970, he became aware that the use of steel pitons made by his company, which made up 70% of his income, was causing significant damage to the cracks of Yosemite. In response, he introduced new aluminum chockstones, called Hexentrics and Stoppers, which cannibalized the sales of pitons and led to the further success of his business.

He founded Patagonia in 1973 to reflect his idealistic priorities, and was a first mover in sustainability and stakeholder capitalism. In 2002, Patagonia began giving away 1% of its sales each year to grassroots environmental movements. (This will stay as part of the business model under the new ownership changes, Patagonia said in a statement.)

Then, in 2012, Patagonia became the first company in California to become a certified Benefit Corporation, or B Corp, which is a private certification of for-profit companies of their “social and environmental performance.”

Are there others who have donated their wealth?

According to the New York Times, the only person to do something on this scale is Barre Seid, a Republican donor, who gave away his $1.6 billion electronic company Tripp Lite to a nonprofit run by Leonard Leo, who cochairs the conservative legal group the Federalist Society.

The recipient in that case was a conservative political advocacy group that has been one of the prime architects of conservatives’ efforts to reshape the American judicial system, including by appointing conservative judges to the Supreme Court and increasing funding efforts to stop action on climate change, according to ProPublica.

How does this change capitalism?

The move goes against the traditional Milton Friedman economic theory that the only responsibility of businesses is to generate profits for shareholders. Economists of this school believe that without the incentive to maximize shareholder returns, businesses wouldn’t succeed and might lose focus.

But according to Charles Conn, the chair of Patagonia, “surveys show that most investors believe ESG goals should trump short-term profit, and more than ever, employees and consumers are choosing companies based on what they stand for.”

In an op-ed for Fortune, Conn argues that while shareholder capitalism has brought a lot of good, in the form of the reduction in absolute poverty and longer lives through medical innovation, “let’s be honest: It made its gains at an enormous cost, including increasing inequality and wide-scale uncompensated environmental damage.”

He notes that shareholder capitalism thinks goals other than profit will confuse investors. “Nonsense,” he writes, adding that “over time, the market will continue to work and responsible purpose-led companies will attract more investment, better employees, and deeper customer loyalty.”

“This is not ‘woke’ capitalism,” he writes. “It’s the future of business if we want to build a better world for our children and all other creatures.”