Workers at Amazon, Chipotle, and Starbucks are winning union elections. But it might take years before they see a contract 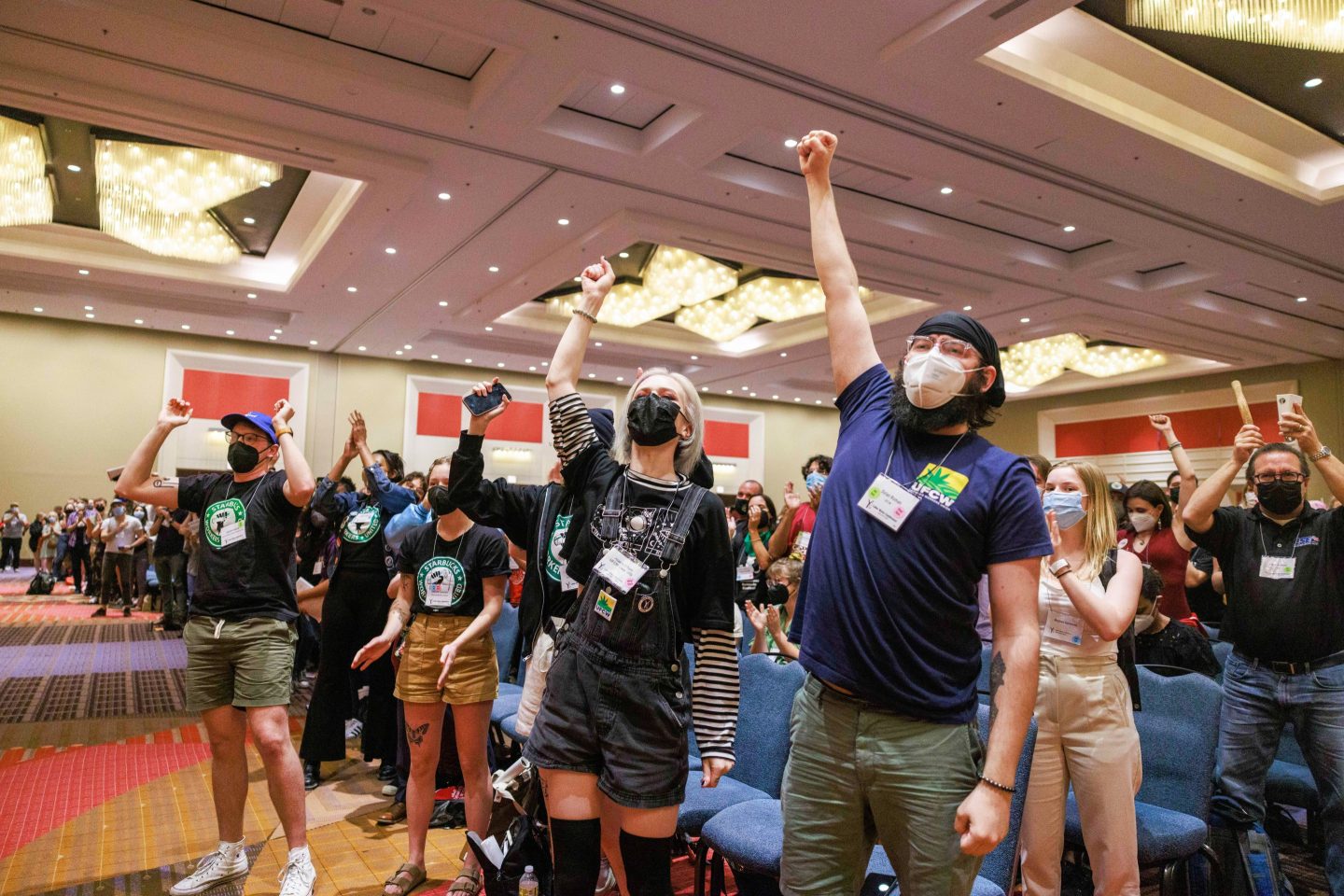 A Starbucks in Seattle, an Amazon warehouse in Staten Island, and a Chipotle restaurant in Lansing, Mich., each made history by becoming the first locations at their respective companies to unionize. In the process, they’ve rekindled American support for the labor movement. But the real fight begins after voting to unionize, as workers race against the clock to secure their first contract before decertification risks shattering the union before it gains momentum.

When workers win union elections, little changes in the short term. They aren’t immediately granted the improved working conditions or salary requests they lobbied for during the union campaign—merely the right to begin collectively negotiating for them. Workers rush to negotiate their contract within one year of winning a union vote, when the decertification bar, which prohibits employers from holding a vote to disband the union, lapses. Employers know this and thus often use sophisticated union avoidance efforts to delay signing a contract during the bargaining process, says Joseph Richardson, a lawyer at the labor law firm Willig, Williams & Davidson. “It can take the form of bargaining that walks right up to the line, perhaps a little bit over, in terms of what is allowed,” he says.

“Not having an agreement means that the parties have to negotiate every individual circumstance affecting terms and conditions of employment: each schedule change, each pay raise, each major discipline, each work rules change,” Richardson explains. “This imposes huge transaction costs on both sides.”

To stall the process, companies may avoid information requests, repeatedly reschedule bargaining sessions, or introduce demands meant to divide union members. Unions can maneuver around this ploy by continuing their organizing efforts and demonstrating their advocacy for employees’ interests. This helps exert pressure on employers and convince skeptical employees not to decertify the union, says Danielle Mahones, a director at the UC Berkeley Labor Center. It’s of particular importance, she adds, because management may attempt to use the stasis induced by its own stalling tactics as evidence that unions don’t benefit employees.

“To be able to win, it’s really important for workers to have a majority of their coworkers united and participating in the process.”

Regardless of how adversarial the employer-employee relationship may be, contract negotiations begin after every successful vote. “In collective bargaining, everything can be reduced to two issues: money and power,” says Fred Braid, a management lawyer at the law firm Holland & Knight.

Management wants to control its ability to respond to market conditions, while workers want to ensure said control doesn’t create an unfavorable working environment. The inherent tension leads some employers to instinctively react negatively to unionization efforts. Braid cautions against that.

“[An employer] might want to remain non-union because of the freedom it has, but it also doesn’t want to wreck its business and do foolish things just because employees have organized,” Braid says.

That includes violating labor laws by discriminating against pro-union employees with reduced hours, worse benefits, or even termination. Should an employer do so, employees can file charges with the National Labor Review Board.

Despite some highly publicized conflicts, collective bargaining typically goes over smoothly, according to Braid. But even in good-faith negotiations for the first contract, he advises clients to prioritize the “preservation of as much managerial freedom as possible.” He cites seniority during layoffs as an example. Often, management prefers to let employees go based on performance, while workers prefer a “last in, first out” method.

“If management is weak and makes bad deals, which makes the company noncompetitive, shareholders won’t be happy about that,” Braid says.

Still, shareholders and company leadership will have to evaluate the expenditures incurred by either recognizing the union, such as higher labor costs; or fighting it, such as legal fees and potential losses in productivity should there be a strike.

Even among the most union-friendly employers, these decisions take time, allowing both sides to hopefully make mutually beneficial work arrangements.