New York Times is giving out branded lunch boxes to get people back to the office—but over 1,300 staff are refusing to budge 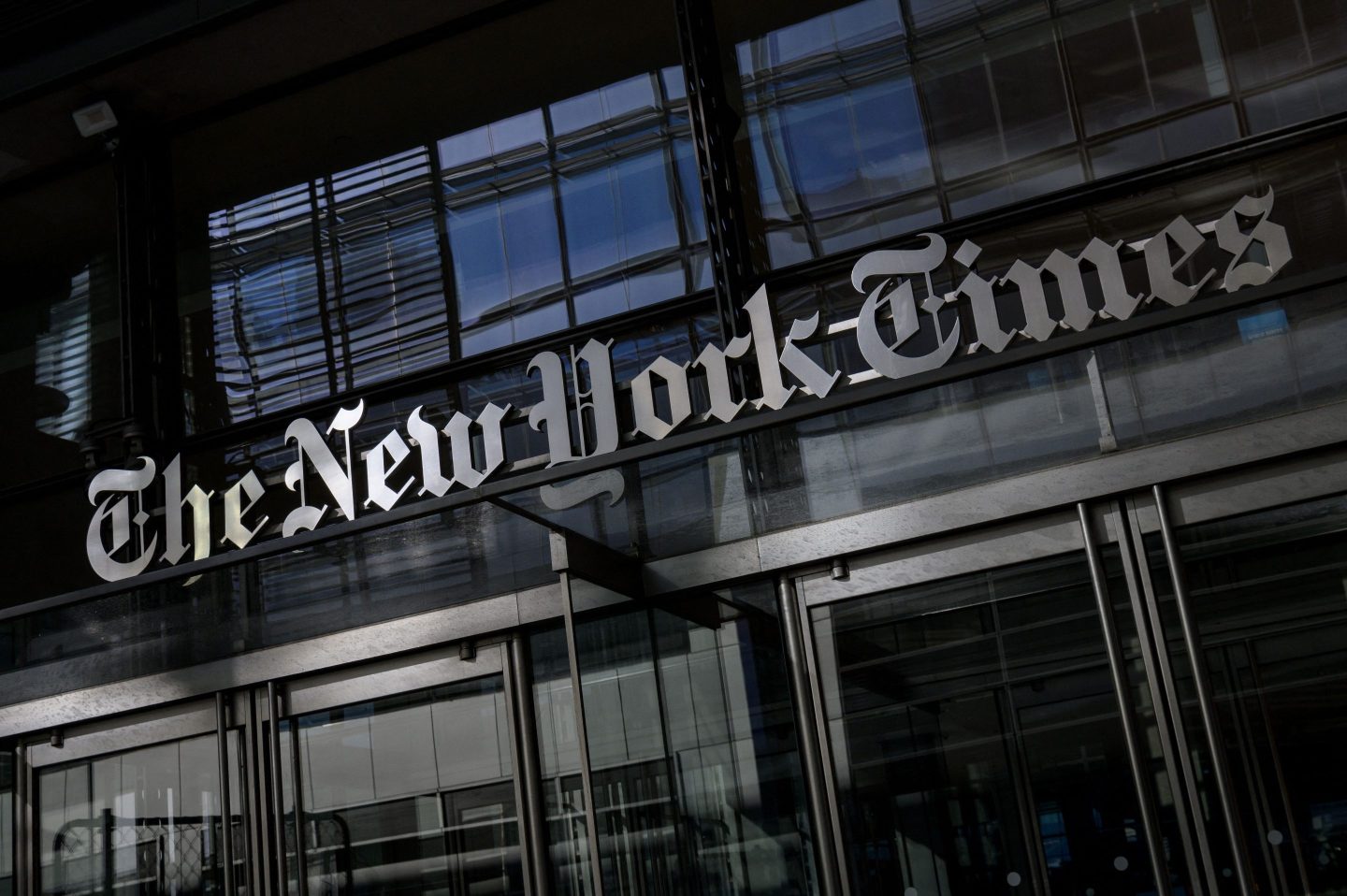 The New York Times has offered their staff “cute” branded lunch boxes in a bid to get them to come back into the office. Instead, over 1,300 staff have pledged to do the opposite.

NYT union staff have tweeted out their distaste as they were given the little lunch boxes as a free perk after the company asked employees to start coming back into the office three times per week post-pandemic.

Amid growing inflation, many on staff have said that a simple perk won’t pay their gas prices, transport fares, and lunch expenses—and what they really should be getting is a raise to cope with the cost-of-living crisis. More than 1,300 have opted to stay home in protest, including members of the News Guild, Times Tech Guild, and Wirecutter.

Video journalist Haley Willis wrote: “The @nytimes is giving employees branded lunch boxes this week as a return-to-office perk. We want respect and a fair contract instead—so I’m working from home this week along with 1,300 of my @NYTimesGuild and @NYTGuildTech colleagues, with support from @WirecutterUnion.”

Another added, “My colleagues and I don’t need cute trinkets. 330 of us wrote emails last month asking for real raises to combat inflation. We have RTO and DEI proposals on the table. What we need is a contract. Let’s bargain, @nytimes.”

“It’s kind of amusing to put lunchboxes out as the thing that people are going to gather around when you have a staff of journalists that often work right through our lunch break,” Senior Staff Editor at NYT Andrea Zagata told Fortune.

This is only the latest development in a long and bitter dispute between upper management and the NewsGuild journalists’ union, and it is not the first attempt by NYT employees to force higher-ups to give them a raise. Recently staffers unleashed a “flood the inbox” campaign with mass emails sent by over 300 journalists to Times publisher A.G. Sulzberger, new executive editor Joe Kahn, opinion editor Kathleen Kingsbury, and CEO Meredith Kopit Levien.

At the last negotiations on Aug. 24, the company offered a 4% pay hike—the first concrete pay proposal since talks began, the New York Post reported. The NewsGuild had demanded an 8% raise with a cost-of-living increase of 5.25% on top. Staff have not received a pay raise in two years and have been without a contract since March 2021.

“We presented the NewsGuild with a wage proposal that would offer contractual increases of 10% over the remaining two and a half years of the new contract. That is significantly higher than in recent Times Guild contracts,” an NYT spokesperson told Fortune.

However, Zagata told Fortune that the 10% raise does not amount to what you might expect since it is calculated using a base salary, citing a document published by the NewsGuild explaining why the “maths doesn’t add up.”

The NewsGuild has also asked for remote working to remain an option for those who can, as well as no mandatory return to the office before July 2023. An NYT spokesperson said that coming into work three days a week isn’t necessarily mandatory and that it is up to individual departments to assess what works for them, while adding that hybrid work currently functions best for the publication.

Meanwhile, Goldman Sachs has made it mandatory for people to come in five days a week and has even axed their free coffee perk previously used to persuade those to show their faces.