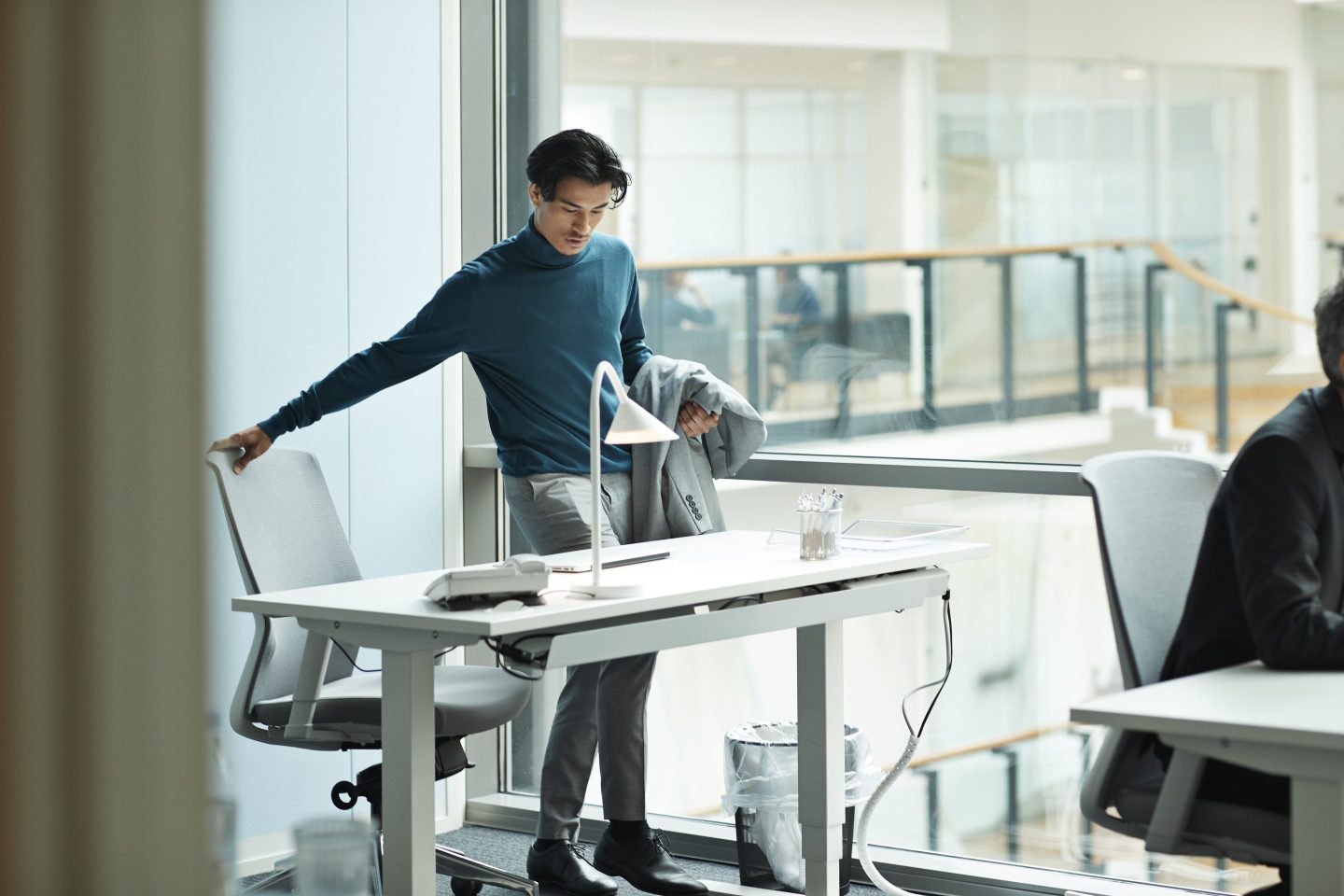 Good morning—Amber here! If there’s anything I’ve learned from my conversations with HR leaders, it’s that the return-to-office debate is far from over. Today, Fortune’s Paolo Confino continues our RTO coverage by chronicling the latest guidance on which workers should return to the office. Read on below.

Employers seem to have either fully embraced remote work or become committed to definitively ending it by this fall. For those still questioning which route to take or looking for a middle ground, the question remains: Which jobs can be done remotely and which can’t be?

At face value, the answer for who can stay fully remote is straightforward. Roles that require a disproportionate amount of individual, head-down work are typically best suited for remote arrangements. Such roles vary by industry—coders in tech, writers in journalism, or graphic designers in creative fields—but all require only sporadic collaboration and can, for the most part, be performed with just a desk and a laptop. As one would imagine, the jobs that absolutely must be done in person aren’t office jobs. They tend to be roles that require a physical presence in a specific location, such as doctors, pilots, or manufacturers. But for office workers, considering who should return to the workplace requires more nuance because it’s less about their role or job function and more about the level of collaboration their tasks require to deliver a higher output and more innovative thinking.

The type of collaborative work that would benefit most from an in-person meeting varies by team and function, according to Deborah Lovich, a senior partner at Boston Consulting Group who leads the firm’s people strategy arm.

“It doesn’t mean we never get together; it means we purposely get together. You flip the paradigm from off-site to on-site, and that will vary by job class,” she explains.

The engineering team at a tech startup may gather for a three-day coding sprint on an ad hoc basis, while the finance team might get together for a week every quarter to close the books. Each function has its specific needs that may necessitate in-person gathering to best deliver value to the organization.

The latest return-to-office thinking has evolved from implementing guidelines on how often employees should come into the office to considering how to make that time meaningful and efficient. After all, employees might not miss the office after two years of working from home, but many miss their co-workers and the interaction and collegiality in-person gatherings foster.

“What’s evolved is an understanding that employees do need to come into the office, but not just to be there,” Bersin says.

The majority of workers believe fair-chance hiring practices—actively recruiting employees who’ve been involved in the criminal legal system—are a crucial part of a company's DEI strategy, according to findings from Indeed’s newly released “Fair Chance” survey. Still, just 2.3% of job postings on the career site included fair-chance language despite an increase in the number of job seekers searching for fair-chance job opportunities.

It might be time for more employers to reevaluate their fair-hiring practices and how they inquire about criminal records on a job application. Indeed reports that workers are much more interested in giving individuals with a criminal record a chance than some leaders might think.

"As companies continue to prioritize DEI and ESG efforts, the exclusion of justice-impacted job seekers is telling," says LaFawn Davis, Indeed's senior vice president of ESG. "We know that the criminal justice system disproportionately impacts Black men and other BIPOC individuals, so when our focus on DEI doesn’t include fair chance hiring opportunities, these initiatives fall flat."

- A possible union rail strike next week could cause another nasty blow to the U.S. economy—to the tune of over $2 billion a day. It would also hamper the movement of trade and commuters. CNBC

- Despite a bevy of tech companies calling workers back to the office, San Francisco had the lowest attendance rate for office employees in the U.S., according to real estate brokerage CBRE. Silicon Valley reportedly trailed close behind. TechCrunch

- The U.S. labor shortage is pushing recruiters to consider more marginalized and overlooked workers. Advocates say it's an opportunity for people with disabilities, as well as the formerly incarcerated and housing-insecure, to gain more visibility in the job market. CNN

- More employers are redesigning offices with open and flexible spaces to coax employees back to the office. But critics say these open-office floor plans are invariably bad for companies, workers, health, and morale. New York Times

Mind the generation gap. Age diversity creates opportunities for innovation and collaboration, but a growing generational gap in the workplace can also lead to misunderstandings, miscommunication, and internal tension. —Lambeth Hochwald