Europe’s household electrical bills could surge by $2 trillion by next year amid a worsening energy crisis, Goldman Sachs warns 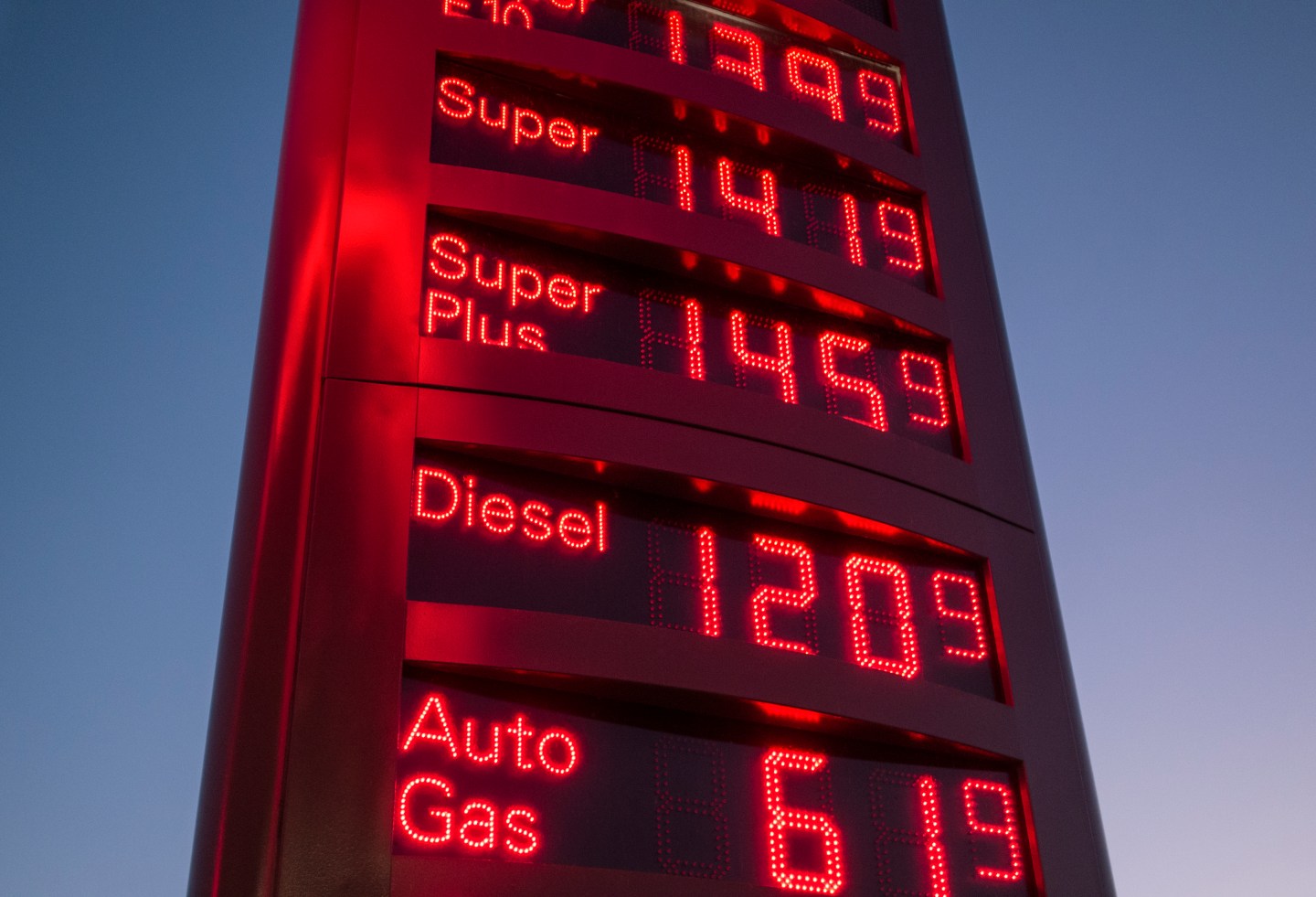 Rising fuel prices on display at a German gas station. The European energy crisis could still get much worse.
Getty Images

European households should brace for an expensive winter owing to the continent’s deepening energy crisis that will likely send electricity and heating bills soaring.

Energy affordability in Europe is reaching a “tipping point” that could peak next year, with total spending on bills across the continent growing by 2 trillion euros ($2 trillion), a Goldman Sachs research team, led by Alberto Gandolfi and Mafalda Pombeiro, said in a note published Sunday.

Energy bills at some restaurants and coffee shops have already more than tripled this year, but with threats looming that natural gas supply from Russia could become even tighter as the Ukraine War rages on, analysts warn that Europe’s coming struggles are set to rival some of the worst energy crises on record.

“The market continues to underestimate the depth, the breadth, and the structural repercussions of the crisis,” the Goldman Sachs analysts wrote. “We believe these will be even deeper than the 1970s oil crisis.”

In 2023, the typical European household may spend as much as 500 euros monthly on energy bills, according to Goldman Sachs.

This would represent a more than threefold increase over 2021 costs, when average energy bills came in at 160 euros.

This scenario accounts for the likelihood that Russian gas flows to Europe will decrease, but not be shut off permanently. Should Russian flows to Europe zero out completely, however, monthly energy bills could reach as high as 600 euros.

The Nord Stream pipeline linking Russia to Europe has been shut down since last week. Russian state-owned gas company Gazprom has cited technical issues as the reason behind the shutdown, although the European Union has retorted by saying the company is acting under “fallacious pretenses.” European officials have openly described this summer’s gas cutoffs as “politically motivated.”

On Monday, the Kremlin issued the clearest sign yet that Europe will likely continue having to deal with limited gas supplies from Russia for the foreseeable future, when a government spokesperson said the full resumption of operations along the Nord Stream pipeline was “undoubtedly” dependent on the West lifting its sanctions on Russia.

To prepare for what will possibly be a very cold winter in the absence of Russian gas, European countries have focused on filling their gas reserves, cutting back on energy use where possible, and are even considering implementing a gas price cap.

Government action to avoid the worst consequences of an energy crisis might well be necessary, according to the Goldman Sachs analysts, who wrote that “significant policy intervention” will likely be required by next year.

The price cap measures reportedly being considered would take a twofold approach. First, they would place a limit on how much utilities from across Europe can pay for gas coming from Russia. The second measure would implement price caps for individual countries that would depend on how much each European nation relies on natural gas.

EU ministers will meet to discuss these measures later this week.

In their note, Goldman Sachs analysts approved price caps as a “very positive development” to help reduce energy stresses in Europe next year, but noted that even with price caps, the crisis would still be severe.

Goldman Sachs analysts estimated that price caps would save European households around 650 billion euros annually in energy bills, but given the meteoric rise in prices, families will likely still be saddled with extreme bills.

“Price caps would not fully solve the affordability issue: The increase in energy bills would still be over 1.3 trillion, or around 10% of GDP,” analysts wrote.

Goldman recommended further government actions—including a possible “tariff deficit” that would spread the costs of higher energy bills over the next 10 to 20 years, and more investments in renewable energy sources—to avoid the worst consequences of an energy crisis.

The analysts estimated that higher investment in renewable or low-carbon energy sources— including hydropower, solar, wind, and even nuclear power—could lead to a 75% drop in energy bill prices compared with current levels, as well as keep future energy costs more stable.

But while the Goldman analysts cited expanding renewable energy investments as key to Europe achieving energy security, they also noted that the process would not happen overnight, because of the time needed to gain permits and to build infrastructure.

“We believe the step up in [renewable] investments will be gradual, and that growth will continue accelerating until the end of the decade,” the analysts wrote, estimating that the EU would need to invest over 1 trillion euros by 2030 to meet its current renewable energy targets.