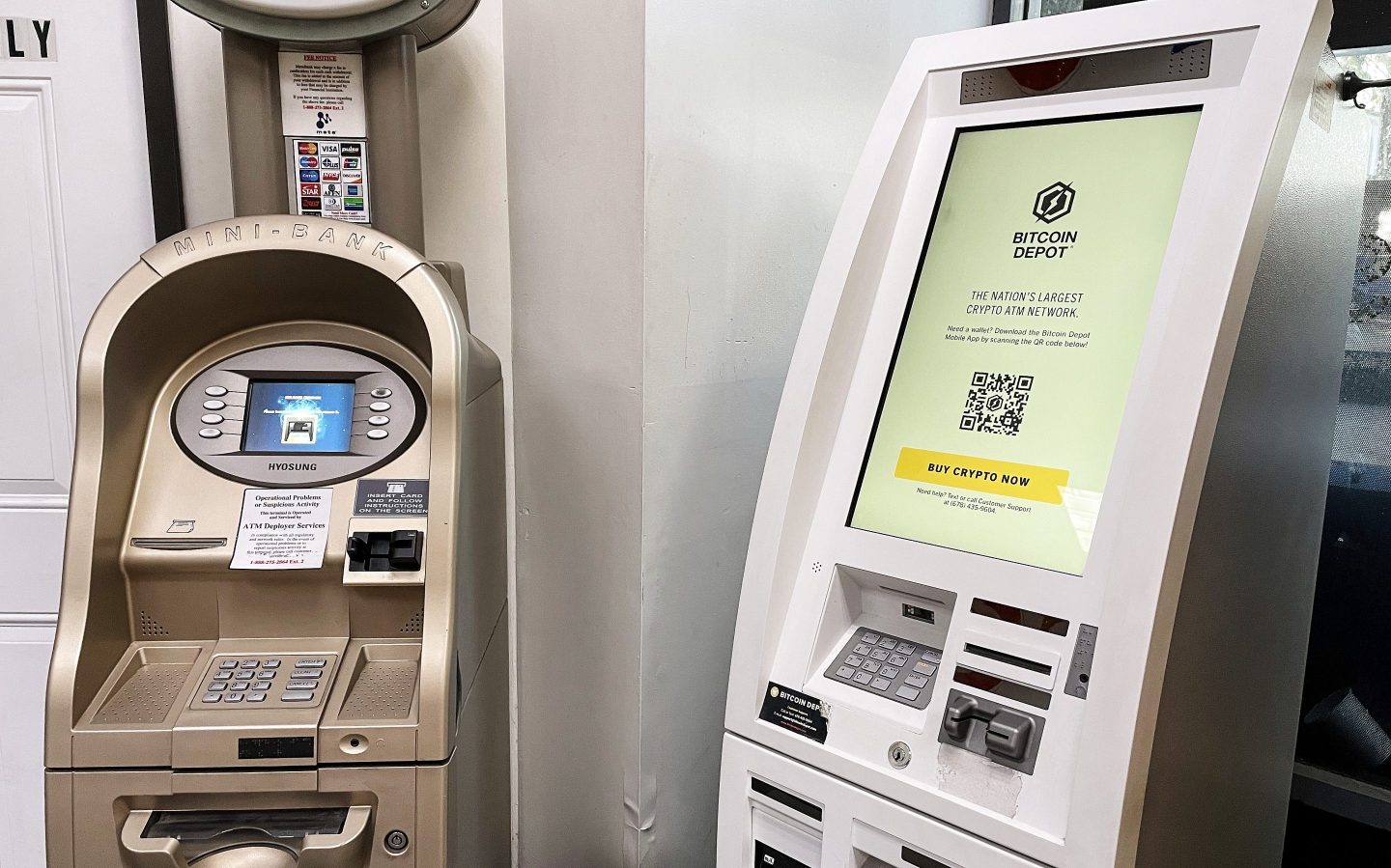 Bitcoin Depot, the largest U.S. provider of Bitcoin ATMs, announced Thursday that it plans to go public by merging with a special purpose acquisition company in an $885 million deal.

The company said it hopes to merge with SPAC GSR II Meteora Acquisition Corp. by the first quarter of 2023 in a deal that will see the combined company, Bitcoin Depot Inc., listed on the Nasdaq exchange under the ticker BTM.

With 7,000 Bitcoin ATMs in 47 states, Bitcoin Depot controls about 20% of the U.S. market for machines at which people can exchange cash for cryptocurrencies like Bitcoin, Ethereum, and Litecoin. There are about 34,000 such ATMs nationwide, with the top three operators controlling nearly half, according to Coin ATM Radar, which tracks the machines.

“We’re excited about numerous growth opportunities and believe a public listing enhances our ability to scale and evolve to achieve our goal of providing a convenient and secure way to purchase cryptocurrency,” Bitcoin Depot CEO Brandon Mintz said in a statement.

Over the past year, demand for crypto ATMs has grown as a frenzy of new investors dove into crypto. While buying cryptocurrencies online may be complicated for the non-technologically savvy consumer, crypto ATM companies say they provide an easier and more familiar experience by converting fiat money to crypto through physical machines often found at grocery stores and gas stations.

From Jan. 1 to Sept. 1 of last year, the number of crypto ATMs installed in the U.S. doubled. But the recent nosedive in crypto prices has seen Bitcoin, the most popular cryptocurrency, drop to its lowest level since the height of the pandemic in December 2020, and it’s slowed ATM installations.
With just days left until September, the number of crypto ATMs has grown a measly 13% since the start of the year. In August, installations even saw a net loss of more than 100 machines, according to Coin ATM Radar.