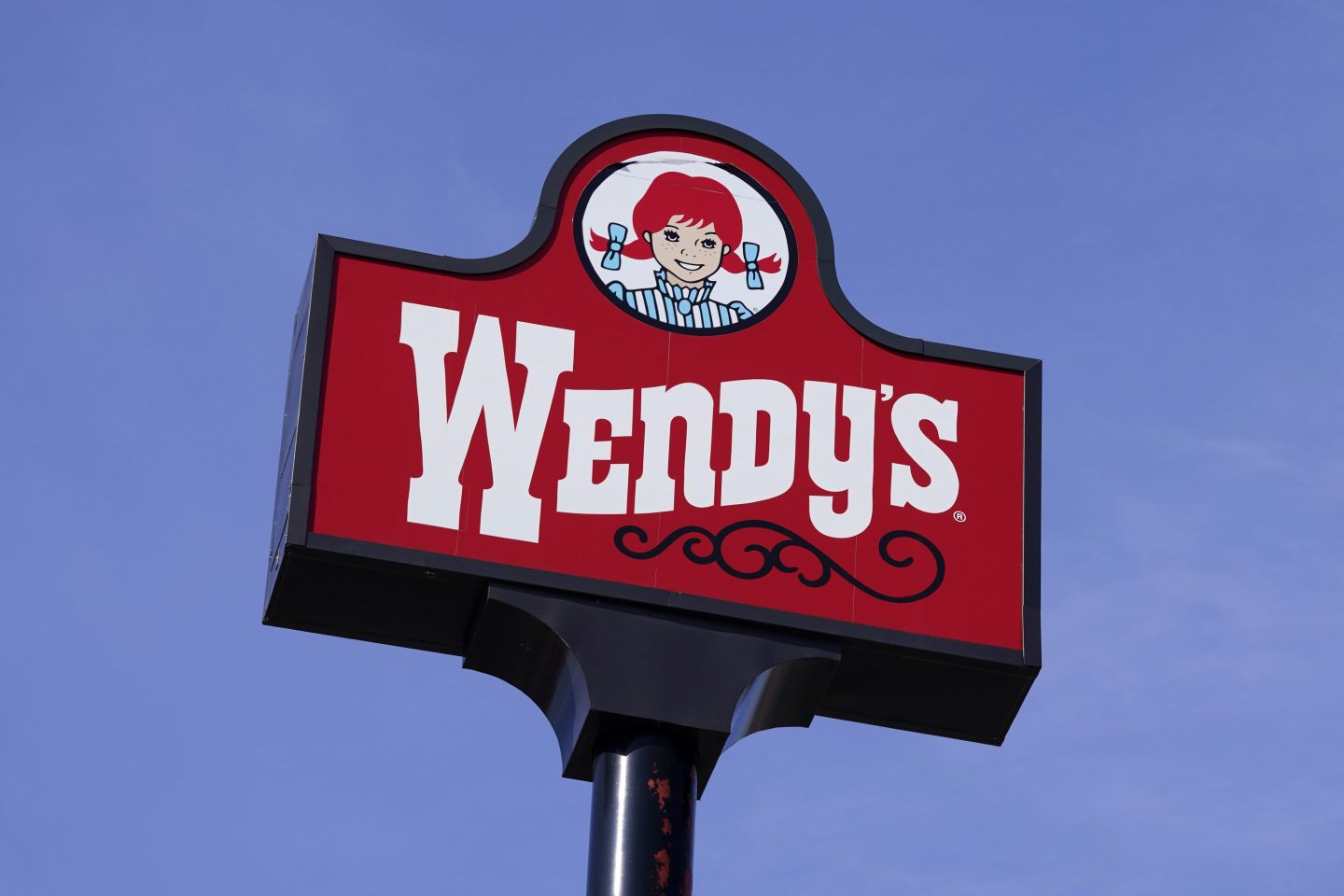 This Feb. 25, 2021, photo shows a sign over a Wendy's restaurant in Des Moines, Iowa. Wendy’s has announced, Friday, Aug. 19 that it’s pulling lettuce from sandwiches in stores in Michigan, Ohio and Pennsylvania after people eating sandwiches there reported falling ill. The Centers for Disease Control and Prevention is investigating the source of the illness.
Charlie Neibergall—AP Photo

The fast-food chain Wendy’s says it is pulling lettuce from sandwiches in its restaurants in Michigan, Ohio and Pennsylvania after people eating them there reported falling ill.

The Centers for Disease Control and Prevention said Friday it is trying to determine whether romaine lettuce is the source of an E. coli outbreak that has sickened at least 37 people and whether romaine used at Wendy’s was also served or sold at other businesses.

The CDC said one person was also sickened in Indiana. A message was left with Wendy’s about lettuce on sandwiches in that state.

The CDC said there is no evidence that romaine sold in grocery stores is linked to the E. coli outbreak. The agency also said it is not advising people to stop eating at Wendy’s or not to eat romaine lettuce.

Wendy’s says lettuce used in its salads is different and not affected by its decision to pull the lettuce from sandwiches. The company said it is cooperating with the CDC.

“As a company, we are committed to upholding our high standards of food safety and quality,” Wendy’s said in a statement.