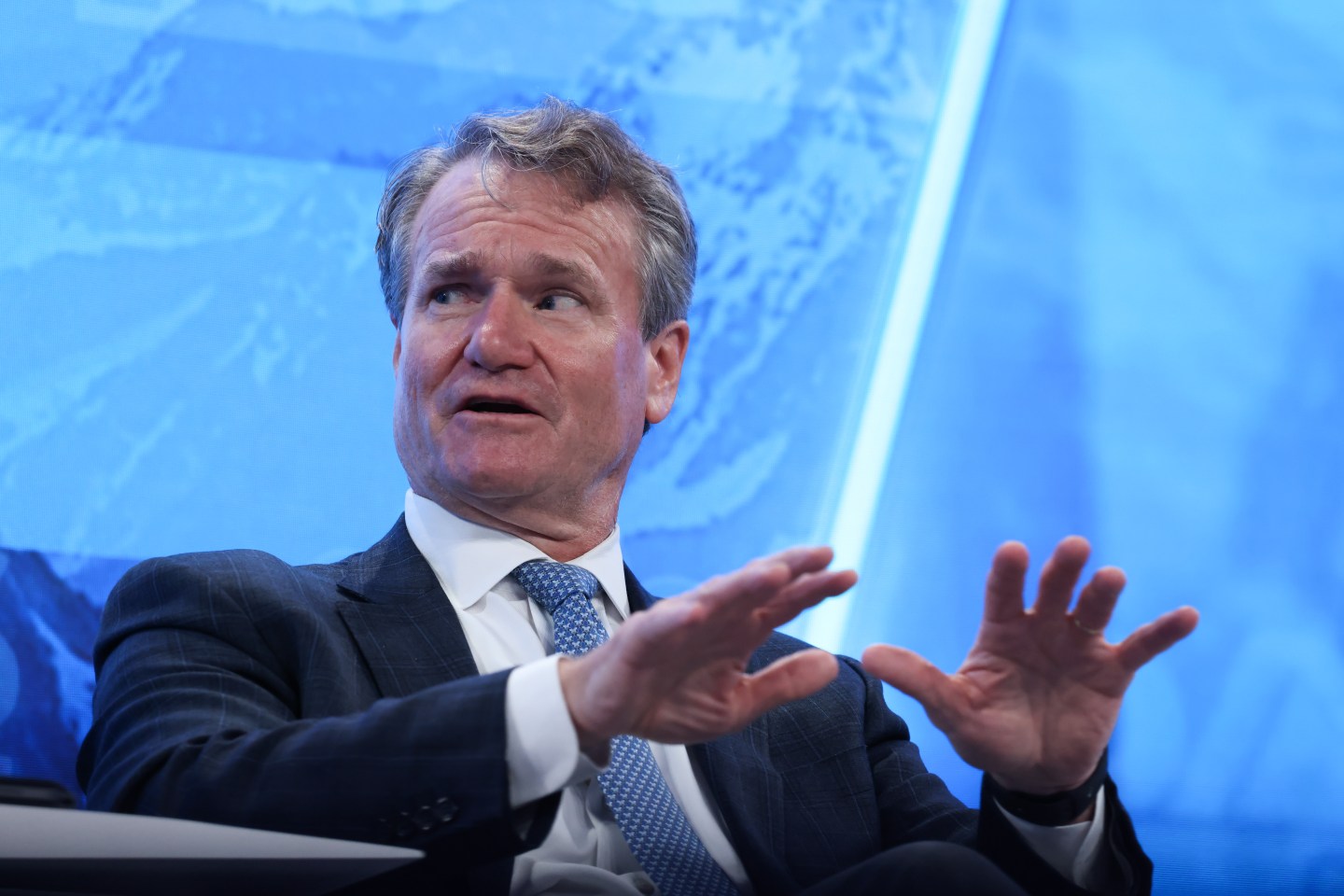 Bank of America CEO Brian Moynihan has largely been an optimist about the U.S. economy’s outlook in recent months.

Despite inflation running at levels not seen in 40 years, and a number of economists and even other bankers warning that a recession within the next year is inevitable, Moynihan has struck a decidedly rosier tune.

In May, Moynihan said he saw a distinct silver lining in the high consumer spending activity over the past few months, as Americans were in “good shape” financially and ready to weather the storm of inflation.

Moynihan still believes Americans are in a good position to cope with an increasingly turbulent economic environment.

“We see no deterioration in consumer behavior from the beginning of the year until now,” he said in an interview with the Associated Press this week.

But while Moynihan remains bullish on the economy’s chances, the CEO of the country’s second largest bank by assets says he also sees two potential stumbling blocks that could lead to more pain for the average consumer ahead: gas and rent costs.

July’s consumer price index (CPI), released last week, told Americans that inflation had leveled to an annual rate of 8.5%, unchanged from the previous report and a relatively positive sign that prices have started peaking.

The slowdown was led by a significant drop in gasoline prices, which for months had been leading inflation, which offset rises for other items including food and shelter.

Gasoline prices have been reversing sharply for over a month now, providing relief to the American consumer. After national gas prices surpassed $5 a gallon earlier this year, they are now averaging around $3.93 a gallon, down from $4.52 a month ago.

But gasoline prices are inherently volatile, and there is no guarantee the current trend will continue.

With the global oil supply still tight, a disaster such as a hurricane wiping out an oil site in Texas could stretch domestic reserves to their limit and send prices soaring again.

For the moment at least, Moynihan said he is encouraged by the trend, despite the risks, but a bigger concern for the CEO is another inflation item that every American is familiar with and that is still on the rise—rent.

Rent prices nationwide accounted for about one-third of last month’s CPI, and are up 6.3% over a year ago. And with rent prices being nonvolatile, they are unlikely to come down soon.

“We are worried about, for the U.S. broad-based consumer…the increased rents as we go into the natural turn of rents—typically in the fall with [the] school year,” Moynihan told the AP.

Moynihan said that rising wages in the U.S. should help consumers cope with the adverse inflationary effects, although he added that inflation is likely to blame for the recent drop in savings funds many Americans set aside during the pandemic.