Apple chipmaker boss Mark Liu warns a Chinese invasion of Taiwan would be a disaster with only losers: ‘Why do we jump again into another trap?’ 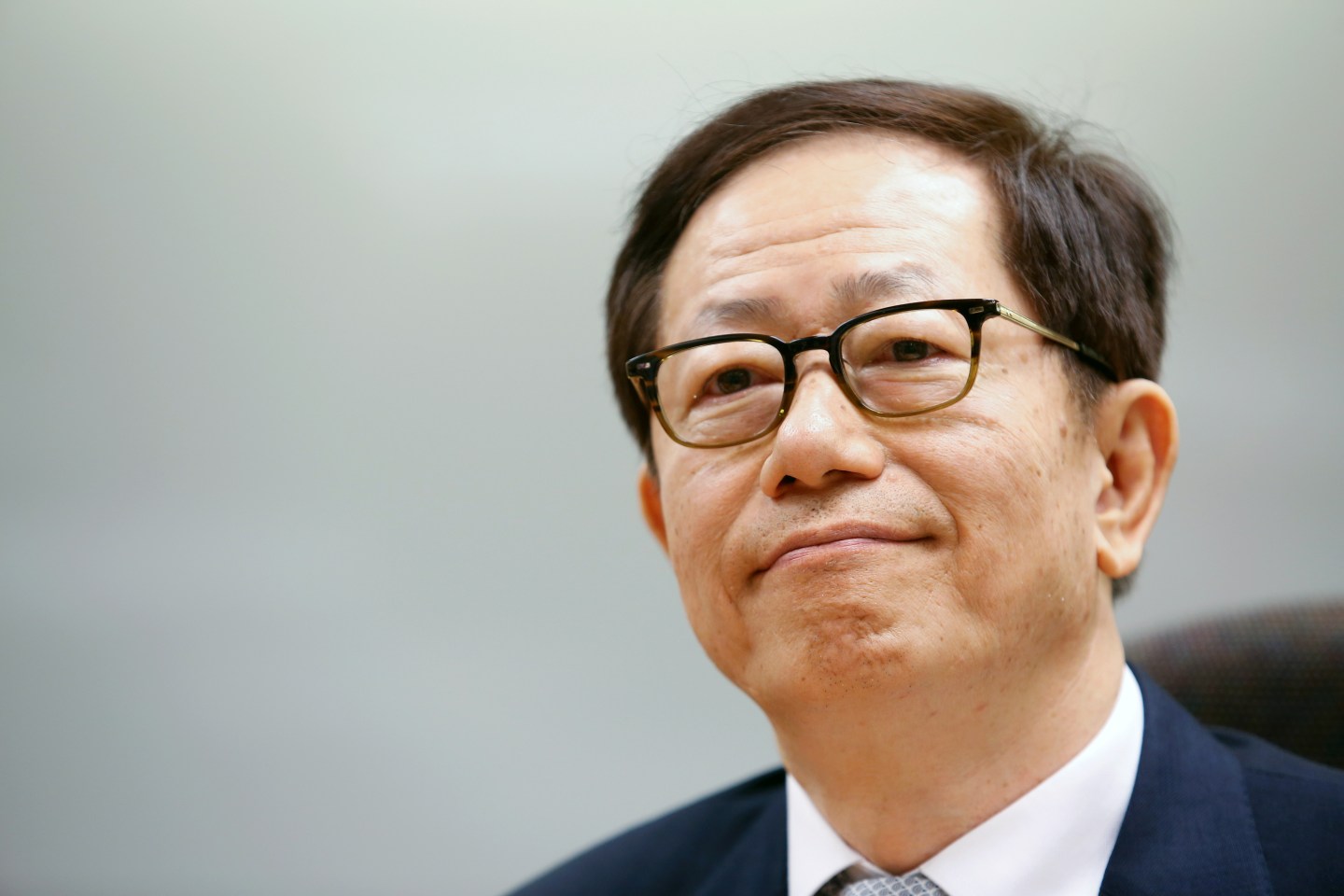 There will be no winners, only losers, if China invades Taiwan, warns the chairman of the world’s largest chipmaker, TSMC.
Ashley Pon—Bloomberg/Getty Images

Tensions between the U.S. and China are at their highest in decades amid a possible unofficial meeting on Tuesday between House Speaker Nancy Pelosi and Taiwan’s pro-independence president, Tsai Ing-wen.

The highest-ranking visit by a sitting U.S. official since Newt Gingrich in 1997 is considered by Beijing’s party cadres as a hostile intervention by a foreign state in internal Chinese affairs, one which emboldens separatist forces on an island deemed by most of the world—the U.S. included—as officially part of China.

Speaking to CNN’s Fareed Zakaria on Monday, the chairman of Taiwan Semiconductor Manufacturing Co. (TSMC), which supplies Apple its vaunted M1 microprocessor, warned a disaster looms if Beijing felt compelled to take the island by force.

“The war brings no winners; everybody’s a loser,” said Mark Liu, citing the Ukraine war that has created enormous damage for both Kyiv and Moscow, as well as plunged the West into a likely recession as commodity prices soar.

Foundry to the world

Chipmaker TSMC is widely viewed as the crown jewel of Taiwan’s booming economy. It is Asia’s most valuable tech stock ahead of China’s Tencent, and at over $440 billion, it ranks as the world’s 11th largest company by market cap.

Established in 1987 as part of a government program with the help of Dutch tech giant Philips, it is the largest manufacturer of semiconductors with an annual global capacity equating to more than 13 million silicon wafers last year, the bulk of which, however, is in Taiwan proper.

More important, 92% of the world’s leading-edge semiconductors—circuits just 10 nanometers in size or smaller—are produced in Taiwan, according to a joint study by the trade industry body SIA and Boston Consulting Group from last April.

The only reason TSMC is not a household name is that it serves as a foundry focused on the manufacture of silicon wafers, which can hold billions of miniaturized transistors.

It specializes in supplying companies that outsource their production, so-called fab-less semiconductor companies: TSMC chips are built into consumer branded products like an Nvidia graphics processor or a Qualcomm logic chip in a smartphone.

In the event of an invasion, the North American electronics industry would be hard hit as the region represents roughly 65% of the Taiwanese group’s revenue. But China accounts for another 10%, and as such threatens to hobble its own economy as well should it make that fateful decision to deploy troops to seize the island.

“Our interruption will create great economic turmoil on either side,” said Liu, who succeeded TSMC’s legendary founder Morris Chang four years ago. “Suddenly their most advanced component supply disappeared.”

Pelosi’s visit to Taiwan comes at a highly sensitive moment for the global economy.

The supply-chain crunch that began at the start of last year originated from a worldwide shortage of semiconductor chips, which drove inflation across the board as there were not enough to meet demand for everything from Sony PlayStation 5 gaming consoles to Chevrolet passenger cars.

Now, Russia’s invasion of Ukraine is compounding the misery by fueling a spike in energy and food prices.

Central banks like the Federal Reserve have had to respond by yanking up interest rates, sparking a technical recession in the U.S. ahead of November midterm elections that could sweep the Democrats from power in Congress and strip Pelosi of her speakership.

“Nobody in the business world wants to see a war happen,” said TSMC’s Liu. “Why do we jump again into another trap?”

China’s authoritarian leader, Xi Jinping, meanwhile, is battling for support for an unprecedented third term as president. He has, however, already been weakened by the economic damage wrought by his zero-COVID policy, which forced megacities like Shanghai into total lockdown.

Appearing weak on something so crucial as defending the party’s One China doctrine, which sees Taiwan as a de facto autonomous part of its sovereign territory, could risk his reelection.

Moreover, analysts worry China believes time is running out for a peaceful negotiated solution to unification. Taiwan is drifting farther away ideologically thanks to the recent rise of the Democratic Progressive Party (DPP), which is steadily galvanizing its own national identity and mainly speaks a form of Chinese called Taiyu.

By comparison, Beijing prefers the opposition Kuomintang nationalists—ethnic waishengren “mainlanders” who fled from Mao Zedong’s Communists in the 1940s and ’50s, but still feel a common ethnic identity and prefer proper Mandarin.

Into this mess comes Pelosi, a high-profile critic of the Chinese regime who visited Tiananmen Square in 1991 to show her support for the democracy movement crushed in the massacre two years earlier.

Wang Dan, an exiled student protest leader, told Taiwan Plus in an interview on Monday that the speaker has been one of the strongest supporters of human rights and democracy in China: “Pelosi’s visit would mean a fundamental shake-up of U.S.-China relations.”

In the U.S. Army War College quarterly Parameters, Jared McKinney and Peter Harris argued Washington’s long-running policy toward Taiwan called “strategic ambiguity” may no longer be enough to prevent conflict and have argued for a scorched-earth “deterrence-by-punishment” approach that would target TSMC.

“This could be done most effectively by threatening to destroy facilities belonging to the Taiwan Semiconductor Manufacturing Company,” the two wrote in November. “China’s high-tech industries would be immobilized at precisely the same time the nation was embroiled in a massive war effort. Even when the formal war ended, the economic costs would persist for years.”

TSMC’s chairman indirectly agreed, arguing a Chinese invasion will render TSMC factories non-operable. Its sophisticated manufacturing facilities are sensitive to every disruption, as everything from key raw materials such as chemicals to spare parts and diagnostic software depends on fragile cross-border supply chains.

“Nobody can control TSMC by force,” he said in the interview with CNN.

In the interview, the chipmaker’s chairman said Taiwan had come out of a 40-year period of martial law known as the “White Terror,” which ended in 1987, the same year his company was founded.

“People in Taiwan have earned their democratic system,” Liu said. “They want to choose their way of life.”