An injured tiny turtle defecated plastic for 6 days after being rescued by an Australian zoo: ‘They’re just consuming it as their first initial food’ 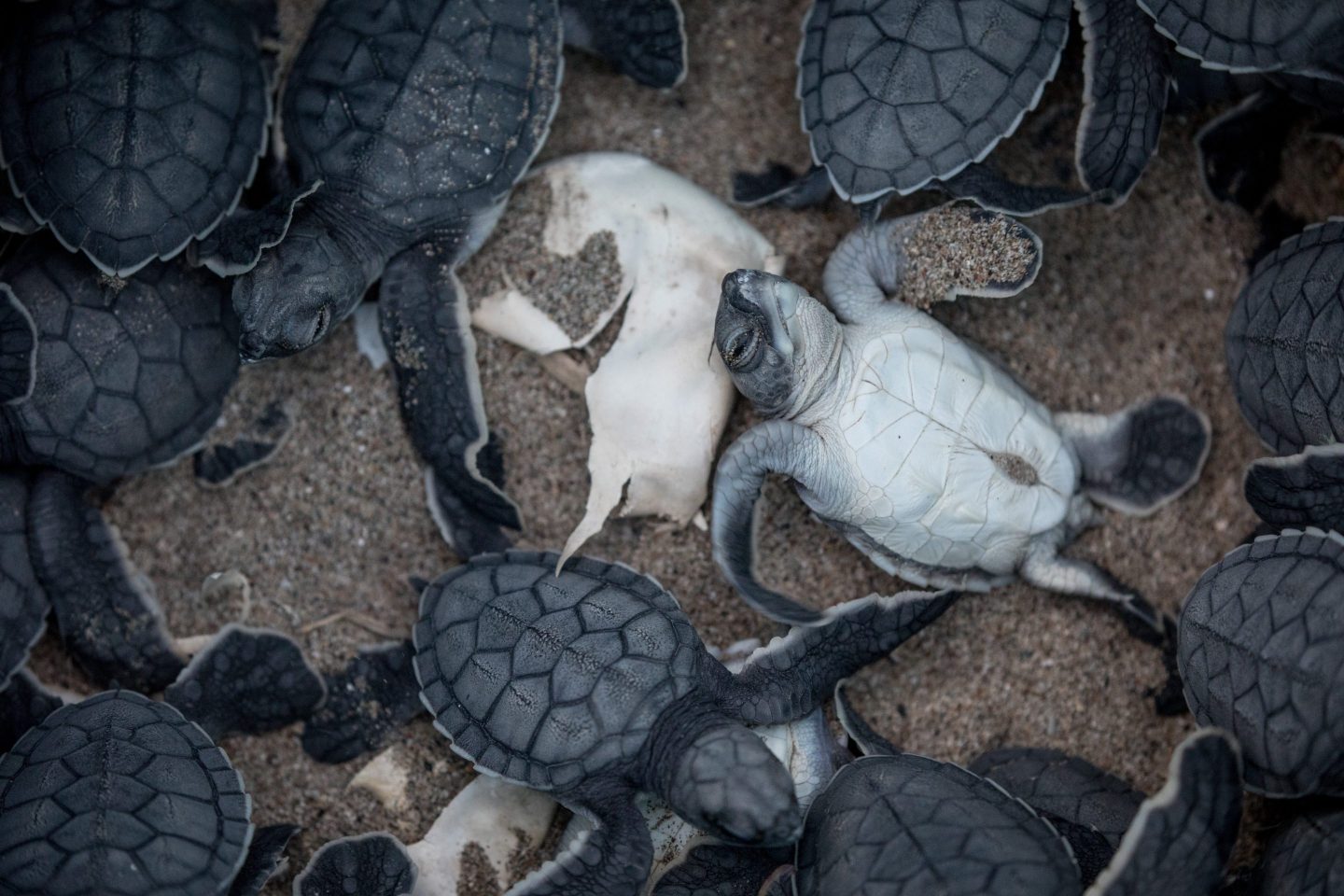 Baby green sea turtles are seen after being rescued after hatching at a nest at Acyatan Beach on August 23, 2018, in Adana, Turkey.
Chris McGrath—Getty Images

A small turtle defecated plastic for six days after its rescue, a zoo in Sydney, Australia, said this week.

“It was all different sizes, colors, and compositions,” Mel told The Guardian this week. “Some were hard, some were sharp, and with some, you could tell the plastic had writing on it. This is all some of these poor little things are eating. There’s so much plastic around they’re just consuming it as their first initial food.”

“This guy, I’ll say luck was on his side, and he excreted it all out,” she added.

The hospital treats dozens of injured marine turtles annually, with a majority of the injuries arising from ingestion of plastics and fishing line, Hale said.

The turtle was found lying on its back near Tamarama Beach in Sydney—missing a flipper, and with a chip in another flipper and a hole in its shell, according to The Guardian.

“If everybody just takes a little bit of their time to pick up a bit of rubbish—it doesn’t have to be on the beach—then hopefully we can make a difference,” Male told the news outlet.

There are an estimated 14 million tons of microplastics on the sea floor globally, a 2020 study by CSIRO, Australia’s national science agency, found.

“The deep ocean is a sink for microplastics,” Denise Hardesty, principal research scientist and co-author of the study, said in an October 2020 news release.