China holds live-fire drills near Taiwan as Pelosi heads to Asia. The U.S. should beware a ‘high-voltage’ line it ‘cannot step on,’ one commentator warns 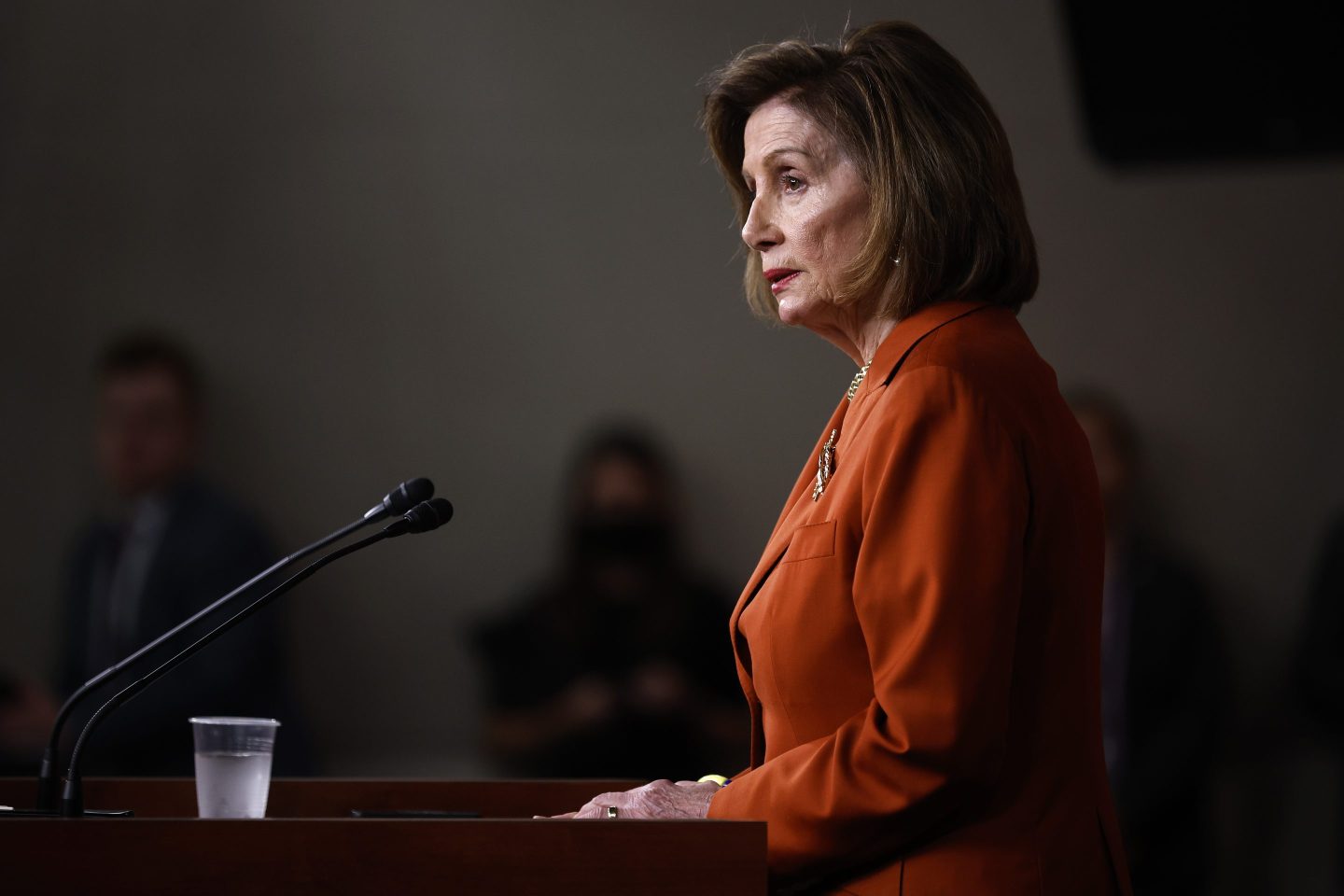 Speaker of the House Nancy Pelosi (D-CA) talks to reporters minutes after the U.S. Supreme Court struck down Roe v Wade, which guaranteed a woman's right to an abortion, in the Capitol Visitors Center on June 24in Washington, DC.
Chip Somodevilla—Getty Images

The exercises took place off the coast of Fujian province opposite Taiwan. A warning issued by the local maritime safety agency said the drills would be conducted near Pingtan, a county about 81 miles from Hsinchu city across the strait in northwestern Taiwan. It was the first live-fire drill announced by the agency in at least a year.

Pelosi on Friday said she’s “very excited” about the prospect of an upcoming trip to Asia, while refusing to confirm any of her itinerary—including whether she’ll visit Taiwan. Reports that her travel would include a stop in Taiwan had sparked a furious reaction in China, which regards the self-governing island as part of its territory.

Beijing has warned there will be consequences if Pelosi visits, including a defense ministry statement that implied China might use military force in response. She was scheduled to depart Friday, according to people familiar with her plans.

“The Chinese mainland will definitely put up a sturdy fight to the end to thwart Pelosi’s visit to Taiwan, without fear of any escalation,” Hu Xijin, a hawkish commentator and former editor-in-chief of the Communist Party’s Global Times newspaper, said in an editorial for the publication. The U.S. and Taiwan “must fully understand that the red line is a high-voltage one that they cannot step on,” he said.

President Joe Biden and Chinese President Xi Jinping discussed Taiwan at length on Thursday in a more than two-hour phone call. The island is the biggest flash point in the relationship between Beijing and Washington.

Neither side said in statements whether Pelosi’s possible Taiwan stop came up. But a person familiar with the discussion said Xi made clear to Biden how big a problem it would be for Pelosi to visit Taiwan — and Biden made clear to Xi that Pelosi makes her own decisions as speaker, and that he can’t control another branch of government.

China has expressed its clear concern over a potential Pelosi visit to Taiwan, Liu Pengyu, spokesman for the Chinese embassy in Washington, told reporters Friday.

National Security Council spokesman John Kirby said Friday that the US has “no physical, tangible indications” that China is preparing a military response to a possible Pelosi visit to Taiwan.

“We just don’t have any concrete indications of something happening from a military perspective on the Chinese part,” Kirby told reporters Friday on a conference call.

He also said there’s no need for “bellicose rhetoric” coming from Chinese officials because “there’s been no change to American policy when it comes to Taiwan.”

Pelosi’s trip is set to include stops in Japan, Indonesia and Singapore, as well as potentially Malaysia, according to a person familiar with the plans. However it remains unclear whether she will put Taiwan on her schedule.

Other members of Congress in both parties are encouraging Pelosi to make the stop in Taiwan, saying that avoiding the island after China’s protestations would amount to acquiescing to Beijing.

Pelosi said Friday that Biden has talked about putting a strong emphasis on the Asia-Pacific region, “and we want the Congress of the United States to be part of that initiative.”

About a third of the population of Pelosi’s district in San Francisco is of Asian ancestry, and she said that “as a West Coast person, we see that as our home, we’re part of that as well.”