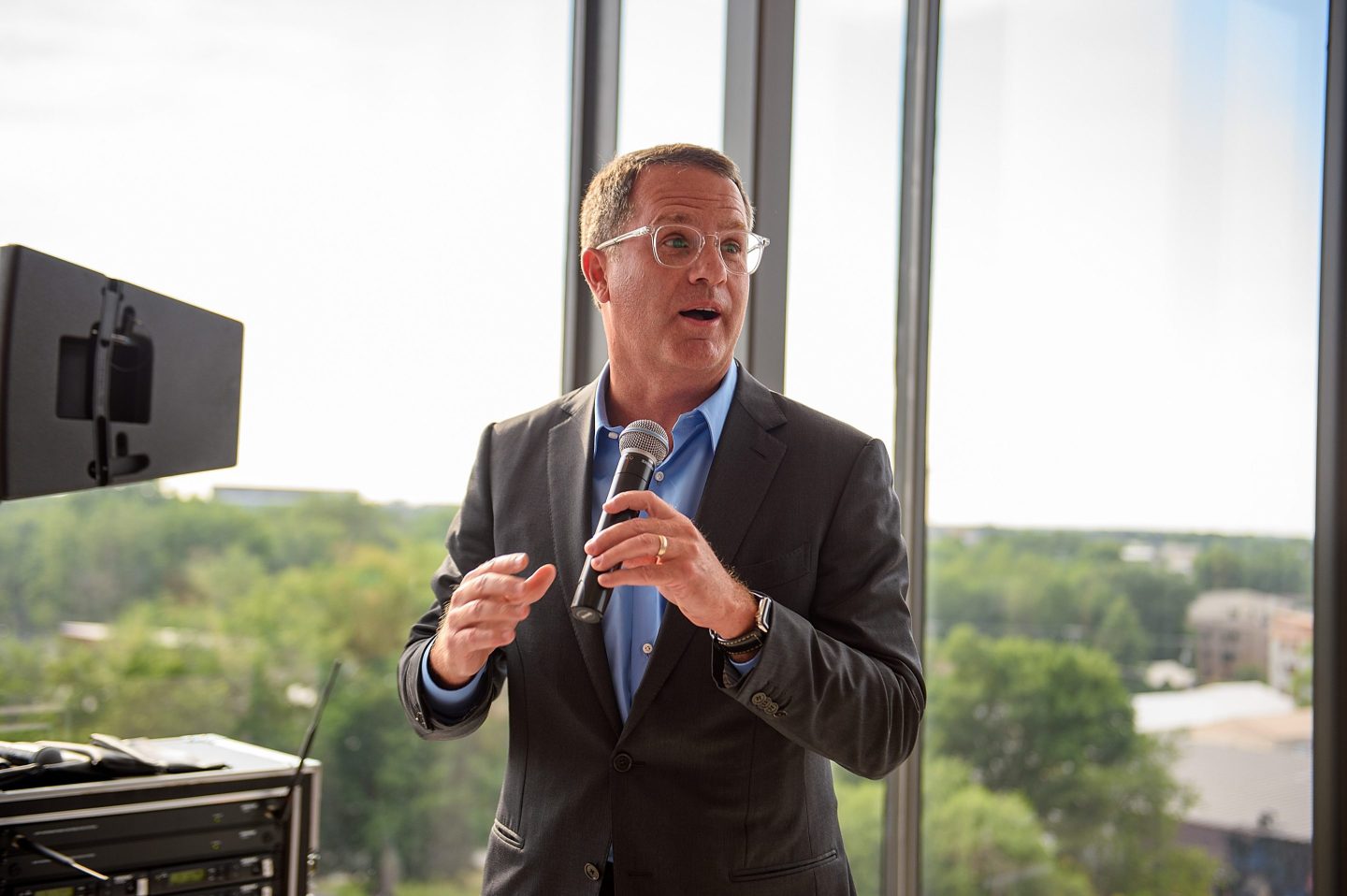 Walmart Inc. cut its profit outlook again in a surprise warning weeks ahead of its earnings report, sending retailer shares tumbling and raising new questions about U.S. consumers’ ability to sustain their voracious spending habits with inflation at a four-decade high.

Adjusted earnings per share will fall as much as 13% in the current fiscal year as U.S. shoppers spurn big-ticket items and focus on buying less profitable groceries with consumer prices soaring, Walmart said in a statement Monday. Two months ago, the world’s largest retailer said earnings per share would only dip about 1%. In February, the company had predicted a modest increase.

“Food inflation is double digits and higher than at the end of Q1. This is affecting customers’ ability to spend on general merchandise categories and requiring more markdowns to move through the inventory, particularly apparel,” the company said in a press release.

Walmart’s warning kicks off a week of bellwether earnings reports from consumer-goods giants including Coca-Cola Co., McDonald’s Corp. and Procter & Gamble Co. Another big US retailer, Target Corp., cut its profit forecast last month, citing the cost of whittling merchandise stockpiles that its customers were increasingly reluctant to buy. Walmart said it was feeling similar pain as it slashes prices on some goods such as apparel.

“This will potentially send shock waves through the sector,” said GlobalData’s Neil Saunders. “When things go wrong at Walmart, you can extrapolate that it’s happening at other retailers, as well.”

Walmart slid 9.4% in premarket trading Tuesday. The shares had dropped 8.8% this year through Monday’s close. Target Corp. was down 5% and Amazon.com Inc. fell 3.7%, although their more upscale customers may prove more resilient.

“Walmart is seeing more pressure because they cater to a low-income customer,” said Brian Yarbrough, an analyst at Edward Jones.

The dimmer outlook at Walmart gives U.S. policy makers and investors a late-breaking data point to factor in as they try to determine where the economy and interest rates will be headed over the coming months.

The Federal Reserve is widely expected to increase its key policy rate by three quarters of a percentage point later this week, looking to tamp down stubborn inflation even as signs accumulate that the economy could be tilting into a recession.

A reading on gross domestic product due Thursday could confirm that the economy has contracted for two quarters in a row. That makes the Fed’s task even more delicate as it tries to cool off rising prices without causing a more severe downturn in activity.

“When something impacts a retailer that everyone knows like Walmart, that can lead to a further slide in consumer confidence,” Jennifer Bartashus of Bloomberg Intelligence said in an interview. “That can lead us down a recession road.”

For retailers, weakening profit forecasts are emerging as the painful consequence of building up inventories after years of supply-chain constraints and booming demand. Now that life is returning to normal—even if the pandemic hasn’t gone away—retailers are increasingly stuck with stockpiles of unwanted merchandise amid unpredictable swings of demand.

Consumers, meanwhile, are not only contending with inflation but also shifting more spending to services such as travel and restaurants.

On the plus side, Walmart has been encouraged by U.S. sales of back-to-school goods, Chief Executive Officer Doug McMillon said in the statement. Comparable sales in the U.S. are set to climb 6% in the second quarter, which is higher than expected, and the company has also made progress in clearing out inventories of consumer durables.

“The increasing levels of food and fuel inflation are affecting how customers spend, and while we’ve made good progress clearing hardline categories, apparel in Walmart U.S. is requiring more markdown dollars,” McMillon said.

In addition, “a heavier mix of food and consumables” is hurting gross margin, a broad measure of profitability, the Bentonville, Arkansas-based company said. Groceries tend to have lower margins than general merchandise.