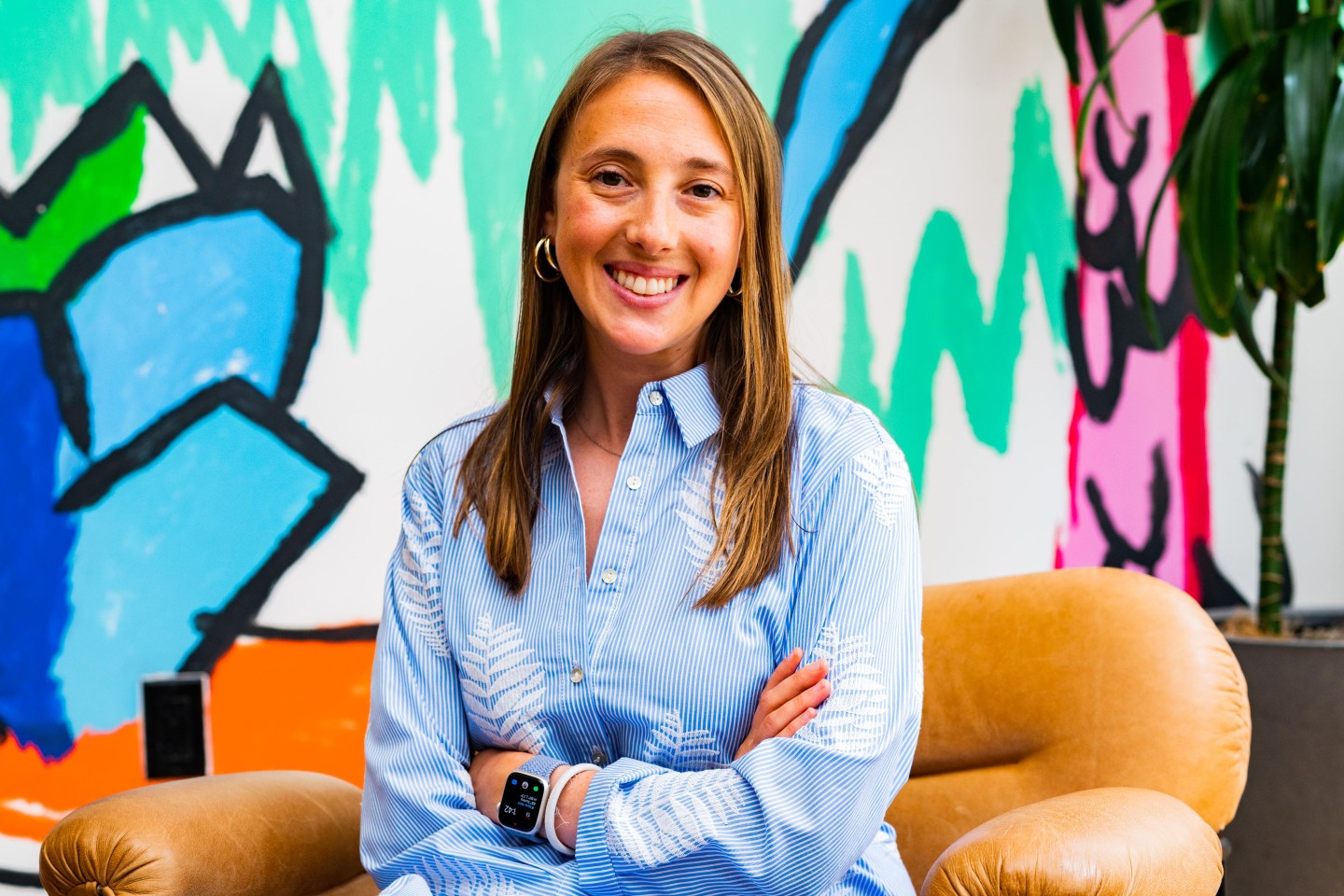 – Group chat. In February 2021, Ellen DaSilva was at home in Manhattan one night when her 2-year-old fell off the bed. Unable to reach the family’s pediatrician, DaSilva took her son to the emergency room. The four-hour visit, which didn’t include much care beyond a warning to keep an eye on her son when she returned home, landed the family a $2,500 bill.

DaSilva was an early exec at Hims & Hers, so she was already familiar with the digital health space. But the common parenting experience drove home a problem she thought she could solve with a startup of her own. A year-and-a-half later, that idea has materialized through Summer Health.

The telehealth messaging platform aims to answer patients’ medical questions over text in 15 minutes or less. The company is starting with pediatrics because many parents have experiences similar to DaSilva’s: their kids’ fevers, bumps, and rashes occur outside doctors’ office hours and could require immediate medical attention—or could be benign.

The idea to make responses to common medical questions easily accessible through a telehealth platform is resonating with investors. The startup raised a $7.5 million seed round led by Sequoia Capital and Lux Capital, with participation from Chelsea Clinton’s Metrodora Ventures and others, Fortune is first to report.

“When I was a kid in Arkansas, it was maybe a two- or three-day wait time to see a pediatrician if my mom had a question,” says Clinton. “In New York City, where I live, it’s two or three weeks on average…That was was unacceptable to me.”

DaSilva is launching Summer Health as a subscription-based platform that costs $20 a month. All communication is through a messaging platform (no phone calls; DaSilva’s cofounder Matthew Woo is a WhatsApp alum) and the service is meant to supplement the guidance of a traditional pediatrician. The founder says the opportunity to communicate with patients virtually appeals to pediatricians, who are “overworked and overburdened” after two years of the pandemic and underpaid compared to other medical specialties.

Summer Health sees the potential to expand its service to other medical fields beyond pediatrics. Deena Shakir, who led the investment for Lux, compares its potential growth to that of the women’s and family health unicorn Maven, which initially focused on maternal health.

Still, “if we just take care of pediatrics—it’s a $92 billion market,” says Sequoia partner Alfred Lin, who is known for his investments in Airbnb, DoorDash, and Zappos. (DaSilva connected with Lin after working as a scout for Sequoia.) “The market size is large enough to support a very, very great business here,” he says.

Staying focused on message-based communication has its own benefits, Lin argues. “I always like taking complex systems and making them simpler. It’s really, really powerful to abstract complexity away from the customer,” he adds. “You can deal with complexity in the backend and the back office. But in the front end, you want that to be extremely simple.”

Clinton, for her part, has a background in public health and has invested in about 20 companies so far through her firm Metrodora. She was looking for a pediatric-focused company to invest in before encountering Summer Health’s model.

The telehealth startup has signed up providers in all 50 U.S. states, and DaSilva expects it to be used for more than emergency medicine. Parents can write in with questions about sleep training, milestone development, and behavioral health. “If you’ve sent us a deep cut, and you need to go to the emergency room, not only are we going to tell you you need to go to the ER—we’re going to look at your zip code and tell you which emergency rooms we recommend that are closest to you,” she says. “So we’re trying to be as actionable as possible in delivering care.”

- Fateful day. Gender dynamics have been a consistent theme throughout the Jan 6. hearings. Of those who testified about former President Donald Trump's actions on the day of the insurrection, young female aides have faced the harshest attacks for doing so. Rep. Liz Cheney called out this trend last week when she wore a suffragette-white jacket and thanked aides like Cassidy Hutchinson and Sarah Matthews for being "an inspiration to American women and American girls." New York Times

- Slow and steady. In more Trump-related news, the case against the former president and his efforts to overturn the election is gaining steam in Georgia. Atlanta-area district attorney Fani T. Willis is steering the criminal case. Recent subpoenas show Willis "building the framework for a broad case that could target multiple defendants." New York Times

- Risk factors. Most women are unaware that they face a higher risk of Alzheimer's—often because they're too busy caring for others. Doctors are now urging women to prioritize their own health, and not just the health of others, so that they can take action against risk factors, Fortune's Alexa Mikhail reports. Fortune

- Three's company. Oregon's gubernatorial race this fall is set to feature three women competing against each other—likely a first in the U.S. Democrat Tina Kotek, GOP candidate Christine Drazan, and independent Betsy Johnson are all running for governor. Oregonian

- Back at it. Allyson Felix's final professional track and field race was supposed to be last Friday. But the Olympian's retirement was brief once team officials asked her to run a women’s 4x400 relay at the world championships. "There was no way I'd turn the team down," she said before her unexpected participation in the event. Associated Press

- Eyes on Kansas. Kansas voters will decide next week "whether to amend the state’s constitution to explicitly say that it doesn’t protect abortion." The referendum will be the first time the question of abortion is put directly to a state's voters since the Supreme Court's overturn of Roe v. Wade Wall Street Journal

The gag is: Keke Palmer is a movie star New York Times

Is it better to host abortion seekers or just find them hotel rooms? Curbed

All eyes on Ayo Edebiri Bustle

"It’s different when you sit down and have the microphone in front of you, when I finally am inhabiting all the characters and the story comes to life."

- Popular audiobook narrator Julia Whelan, who is now the author of her own novel, Thank You for Listening.