Baggage chaos is driving travelers to use smart trackers — but it still didn’t help one golfer retrieve his $4,000 putter 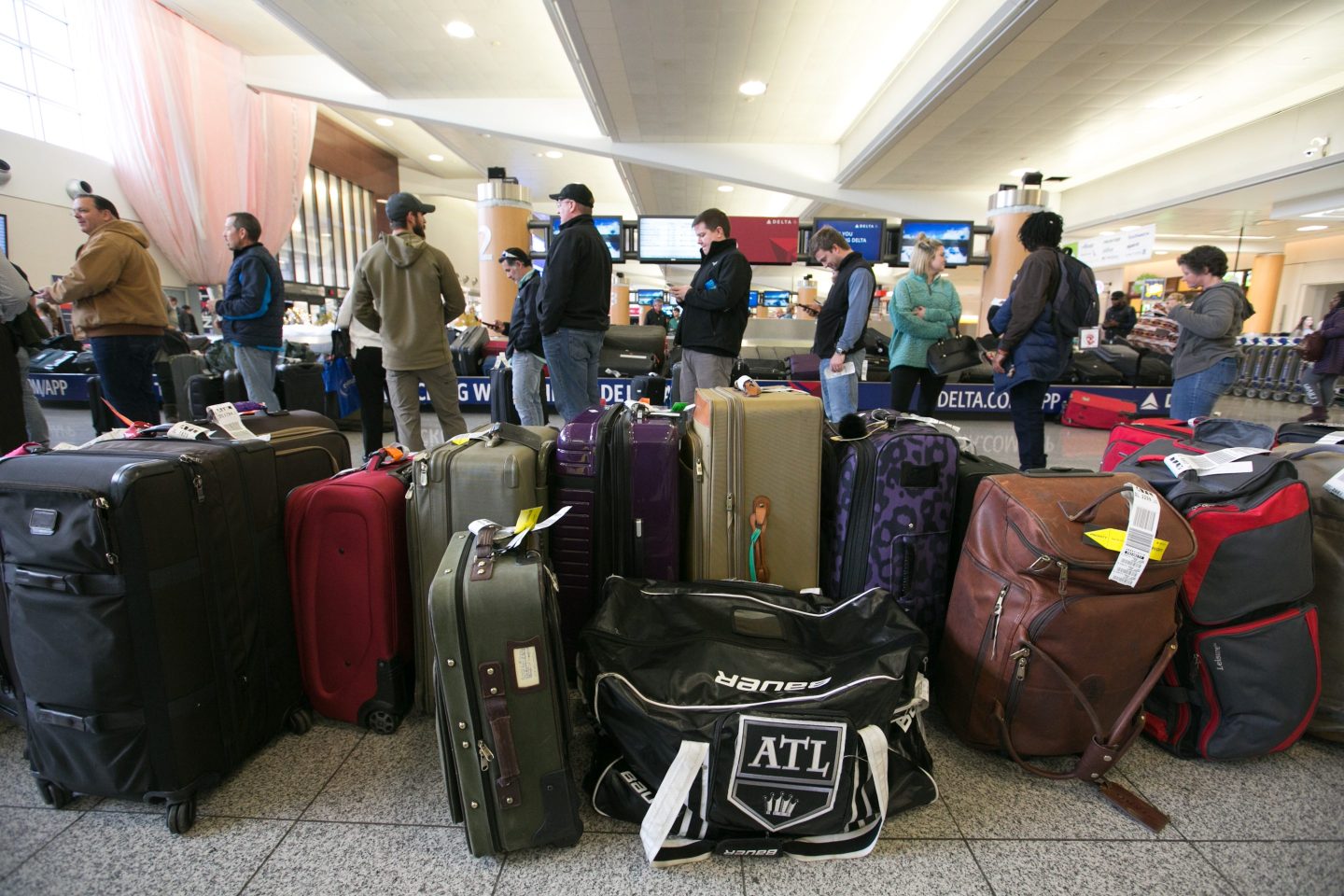 Travelers are facing chaos as airports in Europe, the US and elsewhere are overwhelmed by a surge in passenger traffic.
Jessica McGowan—Getty Images

Cory Prenatt’s retirement celebrations didn’t go as planned. Rather than enjoying playing golf with his friends at all of the famous Open courses around the UK, the 47-year-old ended up traipsing across the country trying to locate his bags after they got lost on the journey over from the US.

Prenatt, from Tampa Bay, Florida, had attached Apple Inc. devices called AirTags to his golf bag and other luggage to track where they were after checking in for his flight. Upon landing in the UK, he saw his bags were still stuck on the tarmac at Newark airport, where they remained for two days. His luggage was eventually sent to a warehouse in Edinburgh, but while driving there to pick it up, he noticed that his clubs were already headed to Aberdeen. His AirTag showed they finally ended up in the West Midlands in England.

Prenatt’s experience encapsulates the chaos travelers are facing as airports in Europe, the US and elsewhere are overwhelmed by a surge in passenger traffic — and luggage — because they don’t have enough staff to cope following the mass redundancies that engulfed the aviation industry during the pandemic.

Travelers are turning to AirTags and similar devices from other companies to keep tabs on their belongings. Apple introduced AirTags in April 2021 with a starting price of $29, while Samsung Electronics Co.’s SmarTag costs $29.99.

The devices, which use short-range Bluetooth, are permissible on planes, with many passengers already flying with gadgets that use similar technology like gaming consoles and headphones.

A British Airways Plc passenger wrote on Twitter this week that her tracker showed her luggage arrived in London Heathrow a day after her flight and has been there for more than 10 days. Last month, a Singapore Airlines Ltd. passenger used his AirTag to locate and collect his bags after they’d been stuck in Melbourne Airport for a week, the Daily Mail reported.

Heathrow, one of the world’s busiest airports, on Tuesday imposed a two-month cap on daily passenger traffic through Sept. 11 because of staff shortages, asking airlines to refrain from selling summer tickets. This week, Delta Air Lines Inc. flew an empty widebody aircraft to bring 1,000 lost bags from the airport back to the US. Delta Air Lines also didn’t immediately respond to a request for comment outside normal business hours in the US.

Two months since his trip, and after repeated queries to British Airways and courier companies, Prenatt still hasn’t got his golf bag back. He says it contained more than $10,000-worth of equipment, including a $4,000 putter that his son gave him as a retirement gift.

He rented some clubs, in the end.