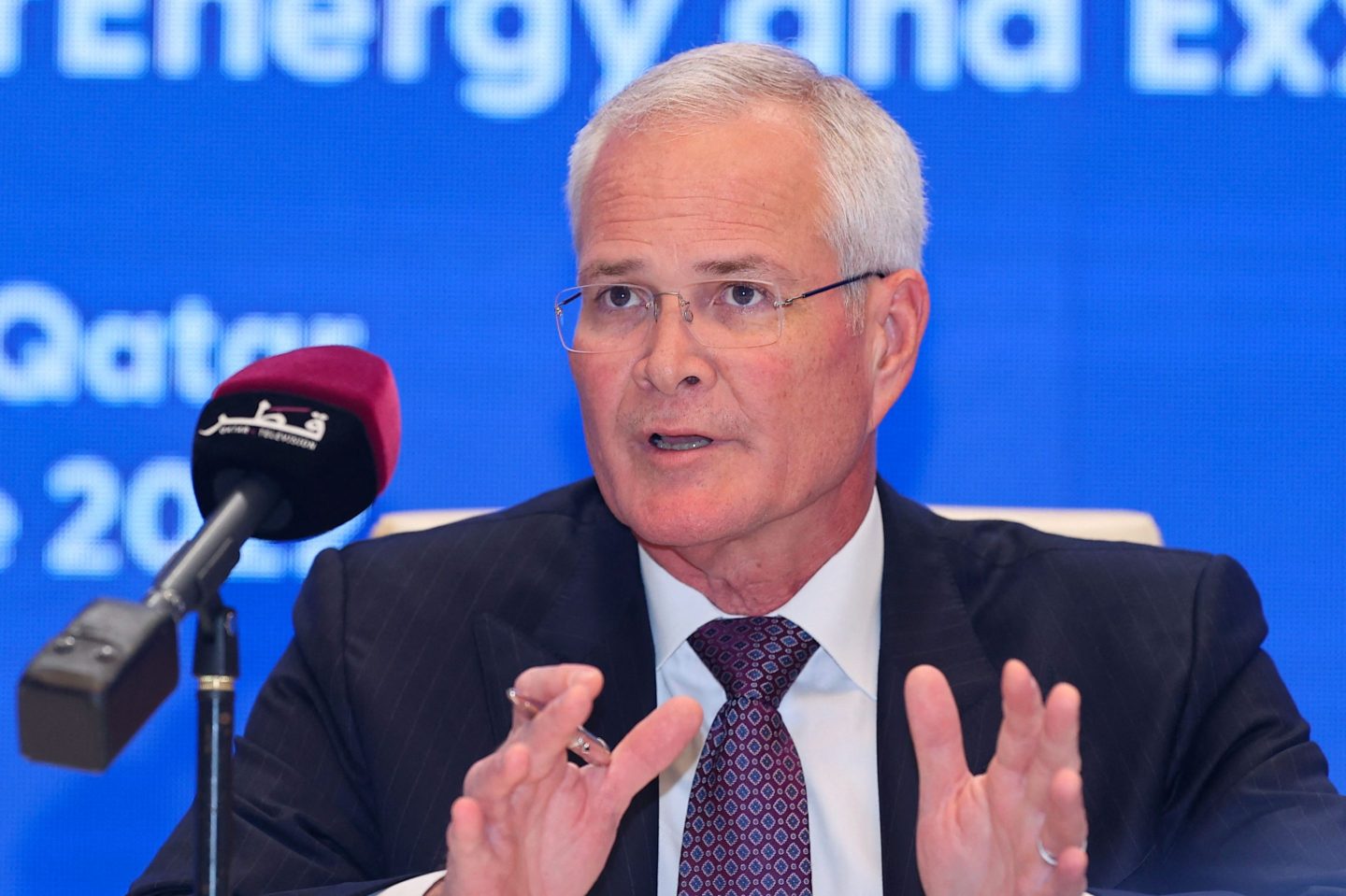 The CEO of Exxon Mobil, the largest oil producer in the U.S., says society needs to strike a careful balance in the transition to a net-zero carbon economy—a balance between reducing carbon emissions to prevent the worst consequences of climate change and ensuring consumers still have access to energy.

“You have to look at what happens when people don’t have the energy they need to support their current standards of living,” Darren Woods said in an interview with CNBC on Sunday, adding that “society will pay a high price” if governments and industry abandon fossil fuels too soon.

“You see that happening in Europe today,” Woods said.

European energy costs have soared over the past year, with gas prices quadrupling in 2021 over the year before. In the U.K., consumers are suffering a “cost of living crisis” as inflation—pumped primarily by higher energy costs—has hit record highs of 9% in May, and gas prices soared 53% over the same month last year.

Woods suggests the European energy crisis is due to “underinvestment in the [oil and gas] industry” and warns other countries could witness similar scenes if economies transition too quickly from hydrocarbon fuels.

However, proponents of a speedy transition away from fossil fuels argue that the European energy crisis was caused by underinvestment in renewables, rather than divestment from fossil fuels.

The economic bloc still doesn’t have enough capacity in alternative energy sources to wean itself off fossil fuels, and Russia’s invasion of Ukraine in February delivered a major blow to oil and gas supply, increasing global prices sharply as the U.S. and European leaders pledged to suspend purchases of Russian oil. Russia’s invasion has actually incentivized EU leaders to speed up the transition away from oil and gas, in order to improve energy security.

In his interview with CNBC, Woods also reiterated Exxon’s position that a government-mandated price on carbon is critical for achieving a transition to a low-carbon future. A price on carbon, Woods says, will “incentivize every part of the economy to find ways to reduce CO2” and make currently costly propositions such as carbon capture technology (which Exxon is investing in) profitable.

Exxon has lobbied for a price on carbon, otherwise known as a carbon tax, since at least 2018, pledging $1 million to support a Republican-led lobbying effort for carbon taxes over two years. But Exxon has spent more money lobbying against other environmental initiatives that analysts say would be a greater detriment to the petroleum giant’s bottom line than a nominal carbon fee, such as nationwide bans on gas-powered cars.