‘If you can move them, move them’: Fertility experts say the end of Roe raises huge questions about the fate of frozen embryos in red states 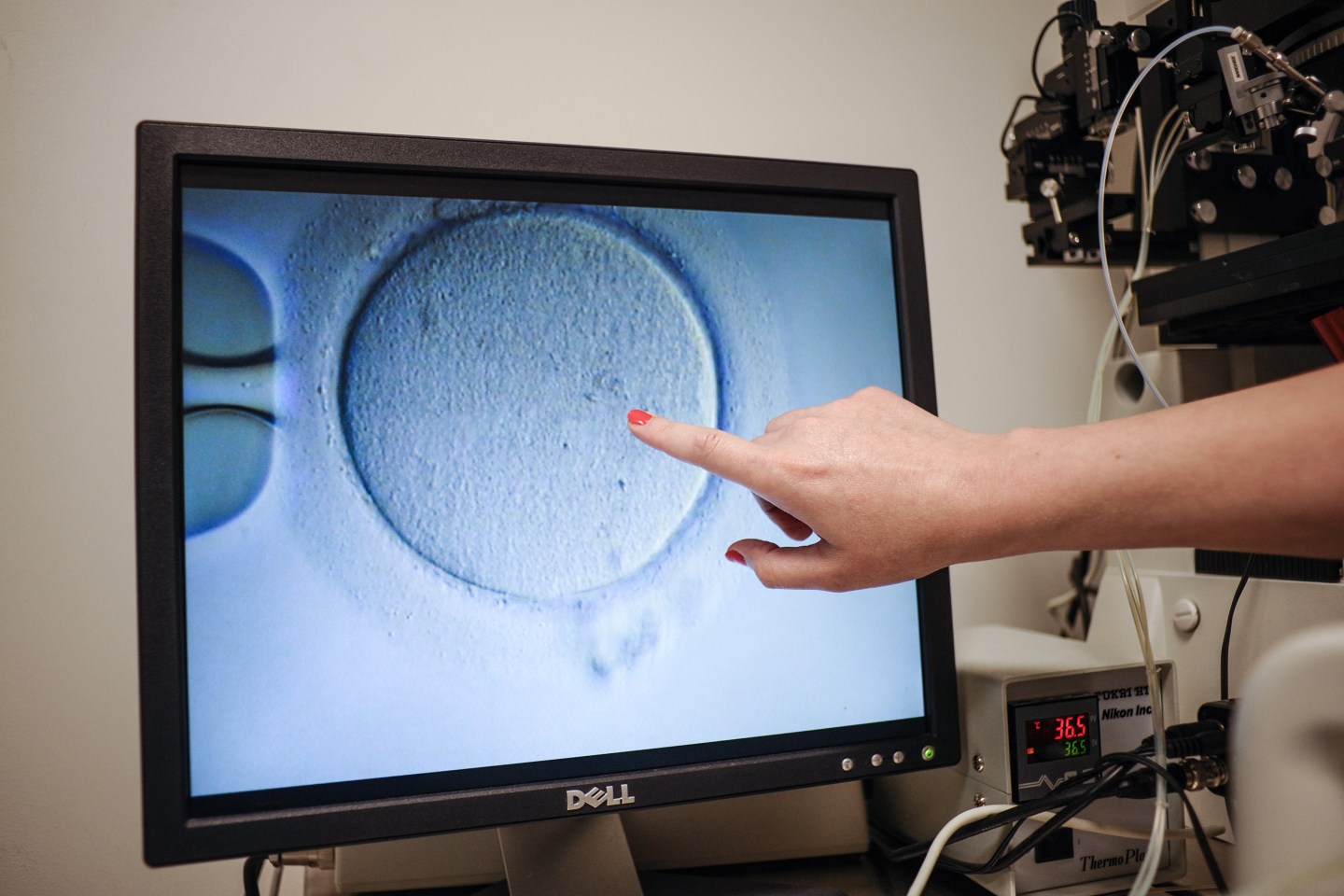 Experts say the end of Roe will have implications for the embryos created during IVF. But for now, it's not clear what they'll be.
Ivan Couronne—AFP/Getty Images

There are more than 1 million frozen embryos sitting in storage in the U.S.

With today’s Supreme Court’s decision that overturns Roe v. Wade, all that cryopreserved genetic material has many insiders in the fertility world on edge. “There’s a great deal of angst in the community,” says Sean Tipton, chief advocacy, policy, and development officer at the American Society for Reproductive Medicine (ASRM).

The court’s decision has raised a host of new and fraught questions for both patients and doctors: Will there be limits on the number of embryos doctors can create during IVF? Will patients be forced to donate or implant their embryos? Will disposing of embryos suddenly become a criminal act? “Those are the kinds of nightmare scenarios that people are concerned about,” says Dena Sharp, a partner at Girard Sharp who focuses on IVF-related cases.

In recent months, in anticipation of the ruling, infertility message boards and Reddit threads have lit up with people asking for advice on whether they should move their embryos out of red states. Jaime Shamonki, chief medical officer of Generate Life Sciences, which stores and transports embryos, says the company has gotten early inquiries from patients who want to explore their options. It’s also been in contact with clinics in states that could be impacted to let them know about the company’s services (Generate’s storage facilities are only in left-leaning states and Canada). David Sable, a former fertility doctor who runs an IVF-only investment fund, says he’s heard from colleagues that patients with embryos stored in the likes of Texas and Louisiana are asking if they should relocate them.

Sable said that if he had embryos stored in the states in question, he would be looking into his options—a position echoed by most of the experts who spoke with Fortune. “The short answer is that I don’t want to have to say yes,” says Sharp, “but if I were advising myself, of course I’d be thinking about it.” Says Tara Comonte, CEO of embryo cryomanagement company TMRW Life Sciences, “I would—without a shadow of a doubt, and I think patients will.” The most unequivocal answer came from Kimberly Mutcherson, a dean of Rutgers Law School who specializes in reproductive justice and bioethics: “If you can move them, move them.”

Legal experts and health care providers say uncertainty over frozen embryos is just part of the collateral damage facing the fertility sector in the wake of today’s ruling—one that they contend is bound to unleash a period of confusion with the potential to change fertility treatment and care. Until now, the modern fertility industry has never known a time before Roe, with the first IVF baby born after the passage of the law. “So many things seem to be in play and are in flux. It’s not clear even what the questions are or what the worry should be,” says Jane Maienschein, director of the Center for Biology and Society at Arizona State University.

Oklahoma, for example, already has the strictest abortion law in the country. Tipton says that that ASRM’s lawyer believes the bill is clearly written to apply to pregnancy and not in-vitro fertilized eggs. But he says that won’t ultimately be decided until the question goes before a judge in the state. “No one wants to be Griswold or Roe,” he adds. “There might be a sustained period of ambiguity. If you’re looking for definitive answers, you are not going to find them.”

Brian Levine leads the New York arm of CCRM, which has 11 fertility clinics across the country, including in Texas and Georgia. He says he and his colleagues have been discussing whether the phrase “IVF-friendly state” will become a thing.

Until 2021, when surrogacy became legal in New York, if a patient in the state wanted to use a surrogate, Levine says, they would make embryos in New York and then ship them to a clinic in another state where the legal transfer of the embryo to the surrogate could occur. He says it’s possible that this kind of “desynchronous IVF” could be a workaround going forward. “I imagine that we’re going to potentially see domestic IVF tourism,” he says. Europe is a case study, where Spain has the highest IVF per capita because its laws are much more lenient than its neighbors’. But experts warn that requiring patients to travel would further jeopardizes access to care, which is already out of reach for many, with the average IVF baby costing $40,000 to $60,000.

These changes could lead to the consolidation of clinics into networks, industry insiders say, possibly accelerating the trend of private equity firms rolling up mom-and-pop shops. Sable also believes new technology might develop in the storage space, such as at-home embryo freezer systems. “Patients want to retain control over their reproductive futures,” he says.

While the court’s decision could lead to a rush of patients discarding the frozen embryos that they have no intention of using, some say that’s unlikely. “It’s a funny thing about us humans—we don’t discard our embryos,” says Shamonki of Generate Life Sciences. “There’s an enormous inventory just sitting in IVF clinics.”

Judith Daar, dean of Northern Kentucky University’s law school, says surveys have shown it’s a decision people struggle with. Even before the fall of Roe, she says, it was “already an anguishing situation for many patients.”