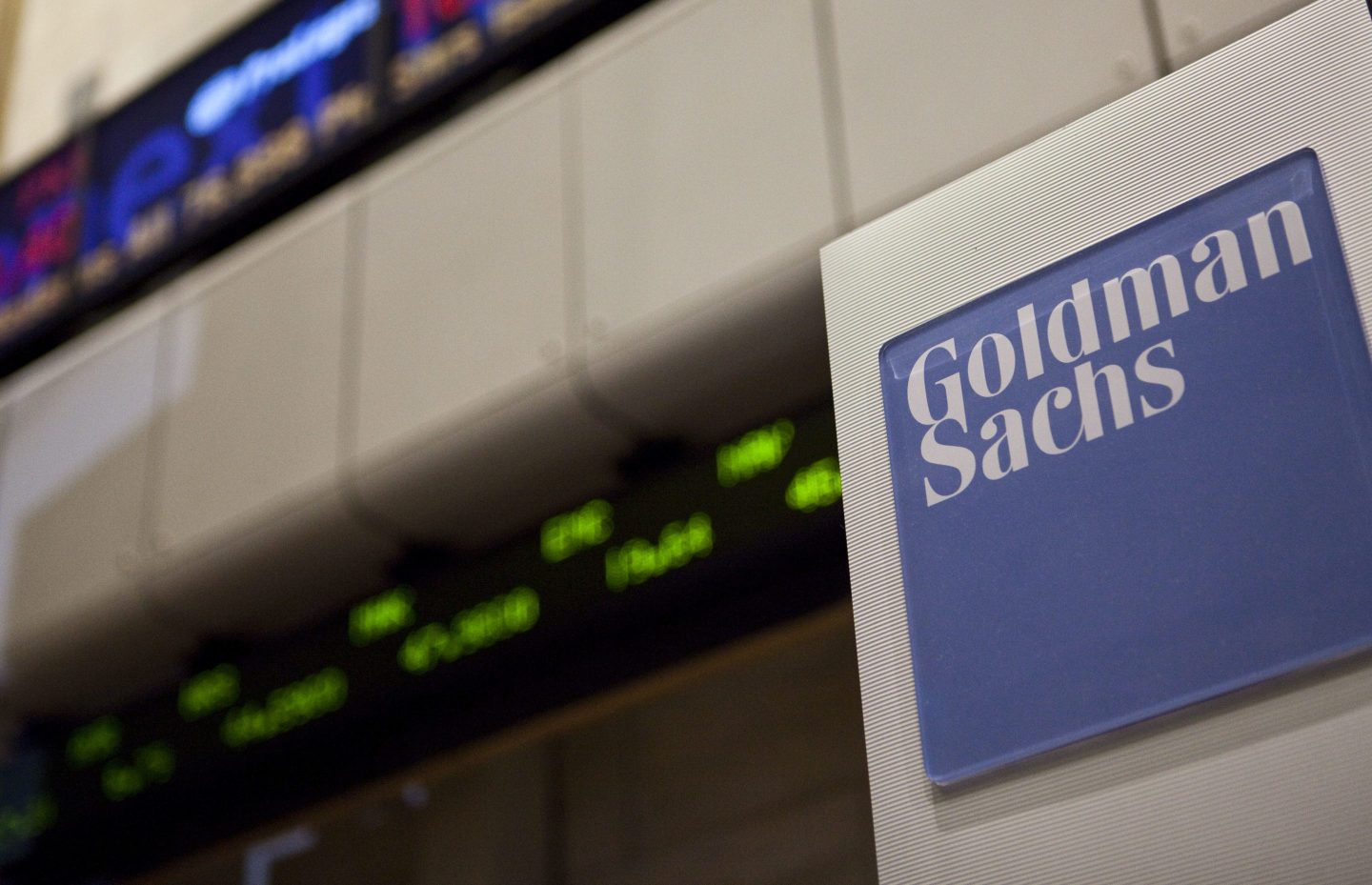 From rejecting crypto outright to embracing it full stop, Wall Street banks have completely changed their attitude on digital currencies in just a few years.

On Monday, Goldman Sachs executed an over-the-counter crypto transaction, a first for a major U.S. bank, according to a press release by Galaxy Holdings Digital, the crypto financial services firm that facilitated the trade.

The bank traded a non-deliverable Bitcoin option, which is a derivative tied to the price of Bitcoin that pays out in cash instead of the underlying cryptocurrency. Galaxy Holding’s press release did not specify the size of the trade or if it was on behalf of a client or for the bank itself.

Galaxy Digital did not immediately respond to Fortune’s request for comment, and a spokesperson for Goldman Sachs referred Fortune to Galaxy Digital’s Monday press release.

“Goldman’s continuing trust in us is a testament to Galaxy’s expertise and ability to meet the evolving demands by institutions as crypto solidifies itself as the fifth asset class.” said Damien Vanderwilt, co-president, and head of global markets at Galaxy Digital in the press release.

At the end of 2021, the market valuation of the top 30 cryptocurrencies was ​about $2 trillion, according to CoinGecko, and this year, cryptocurrencies have attracted the attention of both banks and the bankers who are leaving in droves to crypto companies. The industry has even attracted the attention of President Biden, who issued an executive order to explore the pros and cons of digital currencies earlier this month. Goldman’s crypto trade is just the latest example of a major bank embracing an asset that was once untouchable.

In materials for a 2020 investor call, Goldman said cryptocurrencies like Bitcoin were “not an asset class,” because they can’t generate cash flows like bonds, fail to generate earnings through exposure to global growth, and are a bad inflation hedge. It didn’t recommend it to clients.

“We believe that a security whose appreciation is primarily dependent on whether someone else is willing to pay a higher price for it is not a suitable investment for our clients,” the bank wrote in the document.

Other major banks and their executives have also raised doubts about cryptocurrencies in the past. JPMorgan Chase CEO Jamie Dimon has been one of cryptocurrencies most vocal detractors, even as his bank has made moves to embrace them. In 2017, Dimon called Bitcoin a “fraud” and last October he said Bitcoin is “worthless.”

JPMorgan, along with CitiGroup and Bank of America, said in 2018 that they wouldn’t allow customers to buy cryptocurrencies with their credit cards. Bank of America took it one step further in 2018, banning financial advisers in its Merrill Lynch wealth management division from buying crypto-related investments for their clients.

Slowly, the tide has been turning at big Wall Street Banks and Goldman in particular. Apart from its over-the-counter trade Monday, the bank also relaunched a trading desk for cryptocurrencies last year after closing it down for three-years amid dropping crypto prices. Last June, it started offering a Bitcoin futures trading product, through another partnership with Galaxy Digital.

The bank is also offering clients access to a fund, also run by Galaxy Digital, that deals with the cryptocurrency Ether, according to CoinDesk.

For Goldman, the most recent over-the-counter trade is the beginning of its embrace of crypto, according to a press release issued by Galaxy Digital.

“We are pleased to have executed our first cash-settled crypto currency options trade with Galaxy,” said Max Minton, Asia Pacific head of digital assets for Goldman Sachs in a press release. “This is an important development in our digital assets capabilities and for the broader evolution of the asset class.”