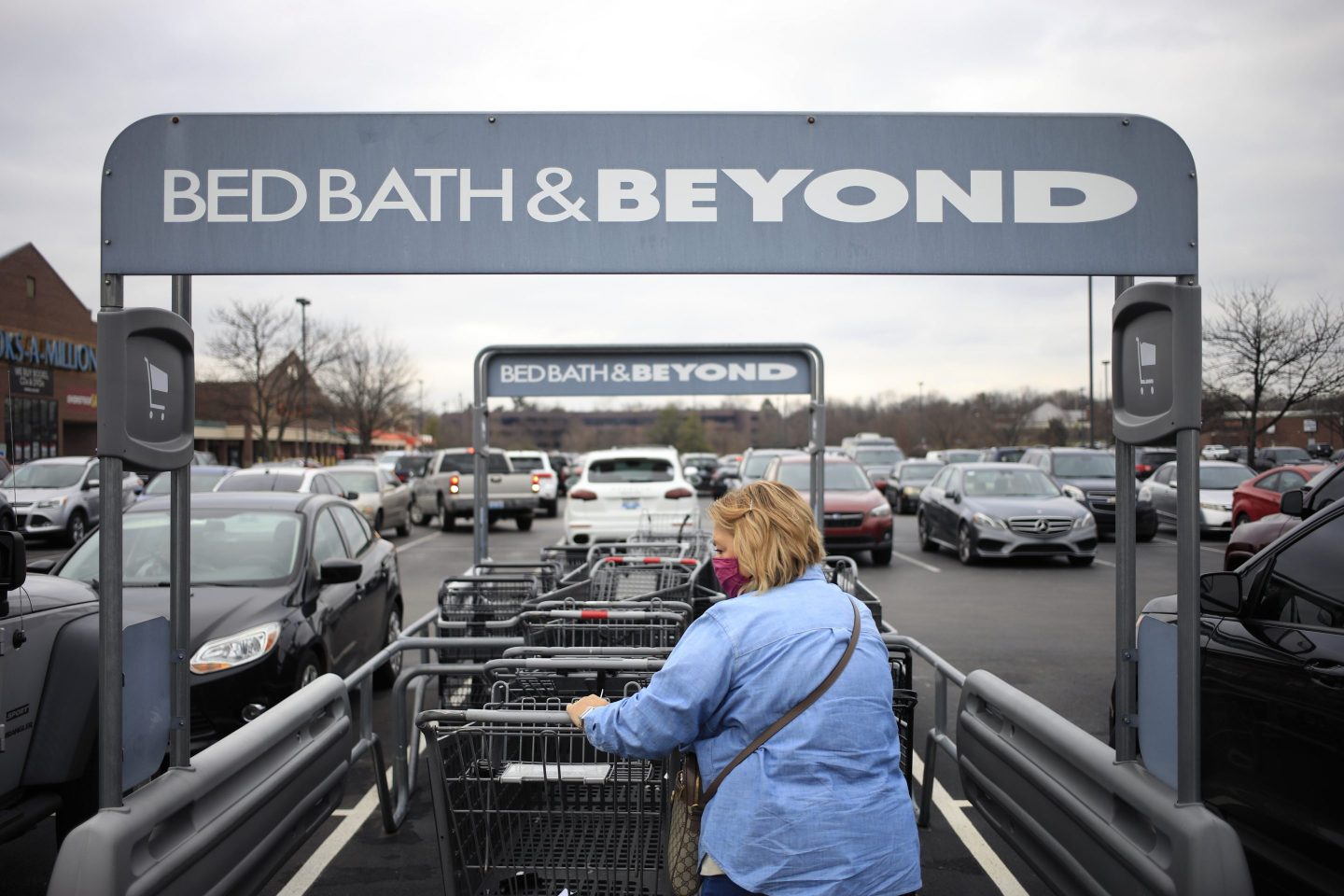 Bed Bath & Beyond dispelled any notion on Thursday that its turnaround would be smooth sailing after it reported a poor second quarter. The home goods chain’s CEO said external factors from supply-chain woes to shoppers to a spike in COVID-cases caused the downward pressure.

The retailer’s shares were down 26% in mid-day trading, erasing all of Bed Bath & Beyond’s share appreciation for 2021 as Wall Street grew bearish on its comeback prospects. The drop was fueled by Bed Bath & Beyond lowering its sales and profit forecasts for the year as a result of the second quarter numbers.

Under CEO Mark Tritton, a merchandise guru with stints at Target and Nordstrom, Bed Bath & Beyond has made big moves such as reshaping its c-suite, selling off a bunch of outdated businesses, improving its balance sheet, overhauling its antiquated e-commerce, and closing some of its stores.

In his comments on the quarter, Tritton focused on external factors for the paltry results which grew worse in August. “We saw unexpected, external disruptive forces towards the end of the quarter that impacted our outcome,” he said, flagging the surge in COVID cases in key markets like Florida, Texas, and California that led to a drop off in shopper visits. He also faulted supply chain problems that have hit many retailers and led to delays in the getting merchandise to stores. Tritton told Bloomberg that delays in getting items to stores had risen by as much as 45 days.

While we won’t know until November whether its main competitors like Target, Kohl’s, Walmart, Macy’s and TJX faced the same challenges in the quarter, it’s worth noting that the Commerce Department recently announced August retail sales that were better than expected, with notable strength in home goods. Still, Nike’s financial report last week showed, even thriving brands are losing a lot of business to not having items on shelves or online. (Nike has dealt with delays because of COVID restrictions in Vietnam, where it makes a lot of its products.)

Bed Bath & Beyond’s revenue in the quarter ended Aug. 28 fell 26% from a year earlier to $1.99 billion, short of the $2.06 billion estimated by analysts. Same-store sales fell slightly though analysts had expected a jump of of 1.8%. At the namesake chain, same-store sales fell 4%.

Tritton, the architect of Target’s massively successful campaign to rejuvenate its store brands business, did take the blame for some of Bed Bath & Beyond’s foibles. As much as he’s been working to get shoppers less hooked on coupons and deals, they are key to getting people into stores and pulling back on them as much as the company did last quarter was “one of the critical missteps.” He’s also been working on building out the retailer’s store brands but those can take time to catch on with shoppers. (At Target, most of the brands Tritton launched were instant successes.)

And as a result of this tough quarter, the company now expects its fiscal 2021 sales to be between $8.1 billion and $8.3 billion, down $100 million from its earlier forecast. Of greater concern to Wall Street, Bed Bath & Beyond expects adjusted earnings of between 70 cents a share and $1.10, down from an earlier range of $1.40 a share to $1.55 a share, showing just how tricky turnarounds are.