This biotech startup thinks it can delay menopause by 15 years. That would transform women’s lives 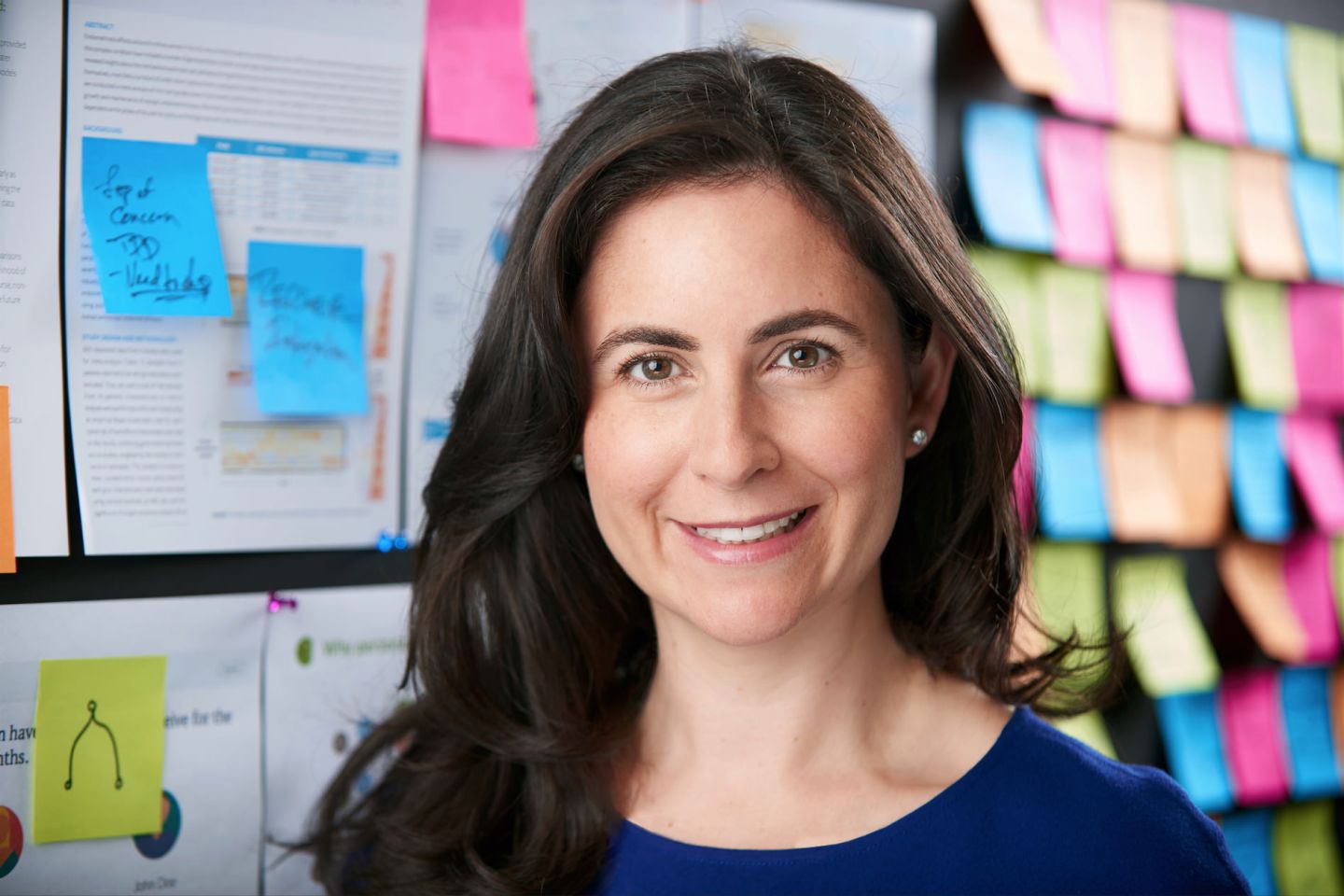 The ovary is the central command system of a woman’s endocrine system, controlling the hormones that send signals to essentially all of the other organs in the body. It’s a powerful force, impacting everything from immune function to metabolism to heart health. But it’s been the ovary’s fate to be pigeonholed as a solely reproductive organ.

To Piraye Beim, that’s a missed opportunity—and one she is looking to capitalize on. “The ovary isn’t just about babies,” says the founder and CEO of biotech startup Celmatix.

In fact, says Beim, “the real moonshot is menopause control.” The biotech CEO is helping to pioneer and define a new category that is attempting to expand ovarian health beyond fertility issues, which includes tackling painful conditions for women like endometriosis and polycystic ovary syndrome.

Delaying menopause—which has a huge market since it impacts 100% of all middle-aged women—would also delay all of the health factors associated with it, like heart disease and Alzheimer’s. “If we could buy women an extra 10 to 15 years of natural endocrine function, we’re talking about a huge boost in their vitality and their wellness at a critical stage in their life,” Beim says. “It will align us more with men, basically.”

Celmatix is creating a drug program that would effectively slow the depletion of a woman’s ovarian reserve, or how many follicles she loses each month. Beim equates a woman’s follicles—which have the potential to turn into eggs—with a bank account: Every woman is born with a different number, and she depletes it at a different rate, depending on everything from genetics to environmental exposure. For example, women who smoke deplete their ovarian reserve more quickly.

“You can actually put the brakes on that and create a more efficient process where if you use fewer per month, then your bank account lasts for longer,” Beim says. “We think we can shift the actual age of menopause from 50 out to 60 or 70.” The goal is to not just extend women’s fertility, but also hinder the health issues that coincide with the onset of menopause.

Just as birth control separated sex and reproduction, Beim views Celmatix’s drug program as separating a woman’s endocrine function from reproduction. And just like the birth control pill, women would need to come off of Celmatix’s drug when they want to have a baby. The drug works by mimicking anti-Mullerian hormone, which is key in regulating the ovary. The company plans to be in clinical trials in 2023, testing its drug on women who are undergoing chemotherapy—one of the most common causes of premature menopause.

Beim got her start in health care working in oncology, where the ability to map the human genome was transforming the field. She saw an opportunity to apply that same playbook to women’s health, where huge funding gaps hadn’t led to the same revolution in precision and personalized medicine.

She founded Celmatix in 2009 to leverage genomics, big data, and artificial intelligence to try to help understand who was at risk for different health conditions. For example, by examining on a molecular and genetic level the profile of women who were having recurrent miscarriages, could they determine if it was a biomarker for a different underlying condition?

In 2016, the company partnered with 23andMe to use its genetic database to study women’s reproductive health and to launch a fertility research community—tracking 4,500 women across 18 months. But in 2019, Celmatix sued 23andMe, alleging that the DNA company breached its contract with Celmatix and interfered with its fundraising round. At the time, 23andMe said it would be “vigorously defending against the claim.”

“That disruption is definitely a chapter in our growth story,” says Beim. “But what the disruption forced us to do was accelerate our road map to getting to therapeutics.”

To date, Celmatix has received a grant from the Bill and Melinda Gates Foundation to work on nonhormonal contraceptives, since the side effects of hormonal birth control can prevent women from wanting to use it. In January 2020, the company also announced a partnership with pharmaceutical giant Bayer and drug discovery and development company Evotec, aimed at developing the first drugs for polycystic ovary syndrome. PCOS is one of the leading causes of infertility but also one of the most common endocrine disorders in women. Beim points out that even though the condition impacts about 15% of women globally, zero drugs have been developed for it to date.

An incentive to innovate

Women’s health therapeutics have not seen any disruption or transformation in decades, says Beim, and are based on an understanding of biology that goes back 100 years. The drug classes first emerged in the 1920s, and there have essentially been no new drugs in years.

Pharma companies have not been incentivized to innovate in part because their current women’s health drug programs are extremely profitable businesses that in some cases make more than a $1 billion a year for a single drug franchise, Beim says. “They’re taking those dollars and investing them into R&D for other areas,” she says.

That, however, is beginning to change. Beim points to Bayer’s acquisition of women’s health biotech startup KaNDy Therapeutics for $420 million last year, and Pfizer’s $4 billion deal with Myovant for oncology and women’s health in December.

Beim says the driver is broader societal changes in the past 18 months—everything from the disproportionate impact that COVID-19 has had on women to the recognition of a lack of funding for female founders. Says Beim: “The broader cultural focus and shift in female empowerment is becoming loud and clear to pharma.”