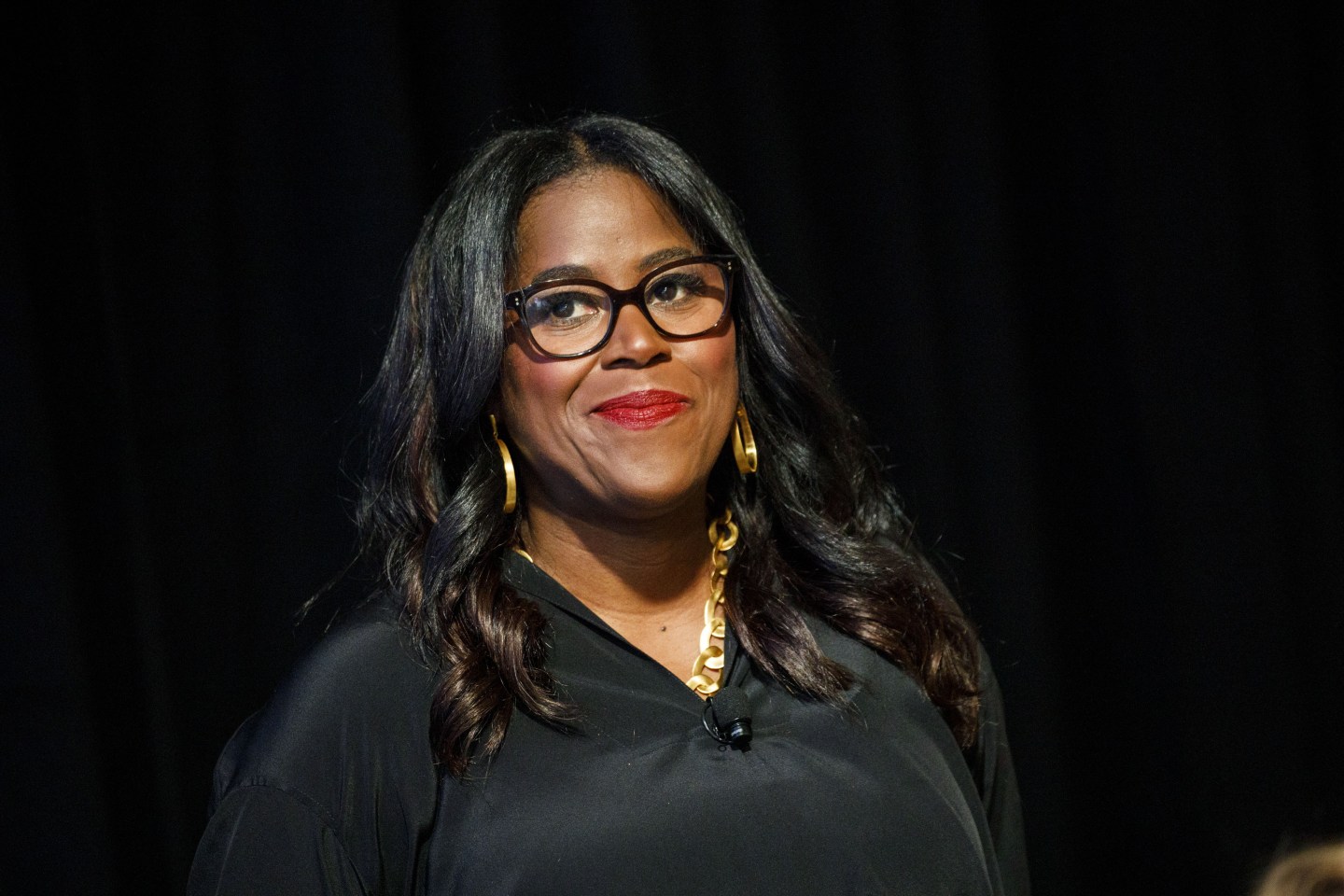 Thasunda Brown Duckett has been CEO of TIAA for a year, following nearly 17 years at JPMorgan Chase.
Getty Images

For the past four years, no company on the Fortune 500 had been led by a Black female CEO. In the list’s 66-year history, only one Black female executive, former Xerox chief Ursula Burns, had ever held such a job.

That changed in rapid succession this year: On Thursday, 103-year-old retirement and investment manager TIAA named Thasunda Brown Duckett, current CEO of Chase Consumer Banking, its next CEO. The TIAA news follows the January announcement of Starbucks COO Rosalind Brewer as the next CEO of Walgreens.

Duckett’s appointment makes her the third-ever Black woman to be a full-time Fortune 500 chief and the second announced this year. And if we count Mary Winston, former interim CEO of Bed, Bath & Beyond, Duckett would be the fourth to hold such a position in any capacity.

“I often think about the day my father asked me to help him plan his retirement, and I had to tell him, ‘Dad, your pension is not enough,’” Duckett said in a statement. “Now, thanks to his work and sacrifices and the support of many others who have guided me throughout my life and career, I am blessed to join TIAA.”

The leadership of Fortune 500 companies, a measure of the largest American businesses, provides a snapshot of who is at the top of corporate America—an echelon in which women, and especially women of color, have long been underrepresented. There are currently 40 female CEOs in the group. Barring additional announcements, there will be 41 when Duckett starts her new role on May 1. TIAA, which stands for Teachers Insurance and Annuity Association of America, is No. 81 on the list, with $1.1 trillion in assets under management in 2019 and $40 billion in revenue that year. (While the Fortune 500 is mostly made up of public companies, select private companies are included.)

That ranking makes Duckett’s appointment even more notable. Many of the women currently serving as Fortune 500 chiefs are concentrated in the bottom half of the list, meaning they oversee companies that are smaller by revenue. Often, these leaders are in industries like retail that have done a better job promoting women to the top jobs. Both Black women serving as Fortune 500 chiefs, Duckett and Brewer, will be in the Fortune 100. (Walgreens is ranked No. 19.)

Duckett has long been a rising star in the finance industry and at JPMorgan, where her role as consumer banking chief since 2016 saw her oversee $600 billion in deposits, 4,900 branches, and 40,000 employees. She’s also held roles as CEO of Chase Auto Finance, SVP for emerging markets and affordable lending, and SVP in home lending. She started her career at Fannie Mae, where her work included leading affordable housing initiatives for people of color.

She’s continued to be an advocate for the financial services sector’s inclusion of people of color, and Black Americans specifically, sponsoring JPMorgan Chase’s Advancing Black Pathways program, aiming to help close racial gaps in wealth creation. In 2020, she ranked at No. 30 on Fortune’s Most Powerful Women list.

Duckett will succeed retiring TIAA CEO Roger W. Ferguson Jr. Ferguson has been one of only five Black CEOs currently in the Fortune 500 (none of those executives were women). While many expected the ranks of Black Fortune 500 chiefs to thin with his retirement, the firm’s hiring of Duckett helps corporate America avoid a drop-off in that number.

“Thasunda is the right person to lead TIAA at a time when its work has never been more important and when the challenges of fostering financial stability and inclusion have never been greater,” Ferguson said in a statement. “I am very grateful and heartened that we have found a leader who is as inspired by our mission as I have been.”

“I am extraordinarily grateful for the opportunity to lead a company that has helped millions of people retire with ‘enough’ to live in dignity,” Duckett added in her statement, “and excited about the opportunity to help TIAA chart its next 100 years.”