NDAs bear blame for some of the worst corporate cover-ups. How that should change 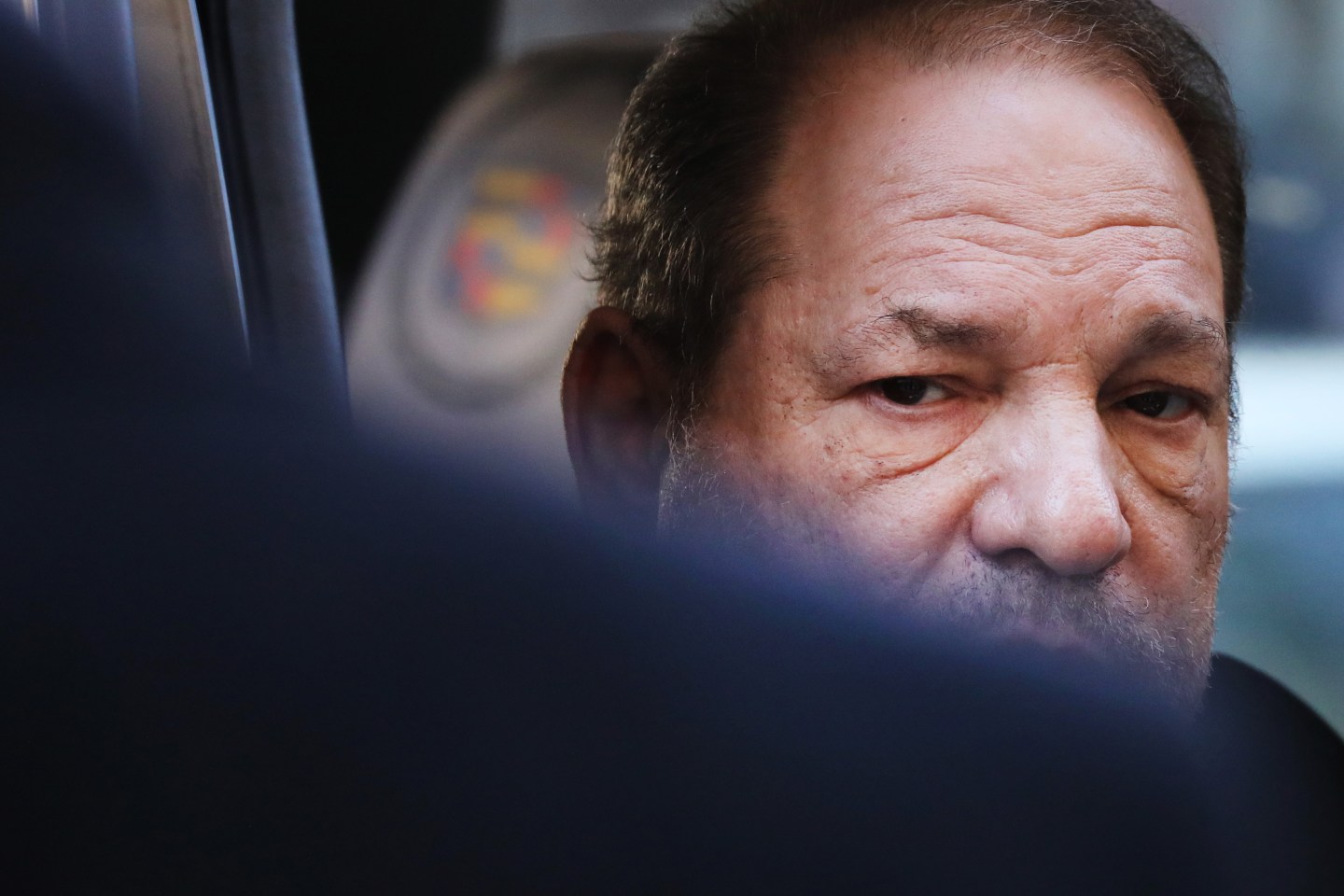 NEW YORK, NEW YORK - FEBRUARY 24: Harvey Weinstein enters a Manhattan court house as a jury continues with deliberations in his trial on February 24, 2020 in New York City. On Friday the judge asked the jury to keep deliberating after they announced that they are deadlocked on the charges of predatory sexual assault. Weinstein, a movie producer whose alleged sexual misconduct helped spark the #MeToo movement, pleaded not-guilty on five counts of rape and sexual assault against two unnamed women and faces a possible life sentence in prison. (Photo by Spencer Platt/Getty Images)
Spencer Platt—Getty Images

In the past few months, workplaces across all industries have seen a reckoning, brought about not by courts of law, but by the court of public opinion. These revelations are the latest in a years-long recalibration of workplace hierarchies and power structures.

In media, entertainment, sports, and fashion, a worker-led uprising has brought pent-up frustrations and injustices to the fore. Health care workers revealed a life-threatening lack of protective gear in a pandemic. Factory workers raised alarms over their inability to socially distance. As images of police brutality and other forms of racism seared our collective conscience, Black people shared the millions of subtle and overt ways racism permeates their everyday lives.

Many of the stories that have come to light in the past few months have one thread in common: They were told by people who broke nondisclosure agreements (NDA) in order to share their truth. Exhausted by the inability to enact change through traditional channels, they have risked legal peril from former employers to tell these stories publicly over social media or to journalists.

Research published in the Vanderbilt Law Review found that today, nearly 33% of American workers are bound by an NDA. The data revealed “a robust trend” in NDA contracts: More and more have appeared over time, and the companies requiring them have greatly expanded their enforcement rights.

The rise of the NDA can be traced back to the 1970s tech industry. It was originally conceived of as a way to protect intellectual property. Fifty years on, the power of the NDA has expanded, along with the power of corporations, morphing into—in certain cases—a document that, in practical terms, gags people from speaking out about wrongs.

Today, NDAs bear some responsibility for some of the worst cover-ups of our time. NDAs have allowed bad actors in powerful positions to not only commit offenses without risk of exposure, but to continue to do so without the threat of public accountability. This, coupled with at-will employment laws, has meant that in certain workplace environments, there is little incentive for a company to hold people in power accountable or change workplace conditions—that is, unless a clear line can be drawn to a negative impact on the bottom line.

This is not to say that NDAs do not have their place. If we were to wake up tomorrow and decree that all NDAs are now defunct, companies would have both legitimate and illegitimate concerns.

A legitimate concern for a company would be that an employee with access to sensitive information could expose trade secrets, business plans, technologies, client lists, relationships, or vendor lists. It could even be argued that this purpose of an NDA is beneficial to employees, because without NDAs, employers would rarely be willing to take a risk on a new hire. A company would end up mostly retaining existing staff and hiring people with whom it already had relationships. Such a scenario would hurt efforts to improve diversity in hiring.

Illegitimate concerns would include a company wanting to preempt negative PR or silence victims of discrimination and harassment with hush money.

Instead of doing away with all NDAs, a shift to a more targeted approach is in order. Passing a law that invalidates any portion of an NDA that silences an individual speaking out about workplace discrimination or sexual harassment is one remedy. Such a law could be tailored to still protect trade secrets and proprietary corporate information. This legislation already exists in California: In 2018, the state signed into law a ban on nondisclosure provisions in settlements involving claims of sexual assault, harassment, or discrimination based on sex.

This splicing and dicing of NDAs is realistic and possible; employment attorneys routinely draft similar language for client agreements. And employers routinely accept it, even if kicking and screaming, once they see that the provision still provides them with their legitimately desired protections.

Some companies are already limiting their use of NDAs. For instance, Condé Nast announced earlier this year it would “no longer enter into NDAs that prevent an employee from making a disclosure of conduct they were subjected to that they believe, in good faith, constitutes harassment, discrimination, or retaliation.”

In 2018, we saw the takedown of countless serial sexual harassers from positions of power because a number of women were fed up enough to take the risk and break their NDAs. Many, in fact, were not sued for breaking their agreements, because it was likely considered that doing so would only damage the perpetrator’s reputation further. Black Lives Matter protests have given us another chance to upend the power structures that have been long protected by corporate might.

Stories can be as effective or even more effective than litigation at pushing through change, because they win hearts and minds. By reforming the way we write and implement NDA agreements, we can reach a more balanced power paradigm. It’s long overdue.

Ariella Steinhorn is the founder and CEO of storytelling firm Lioness.