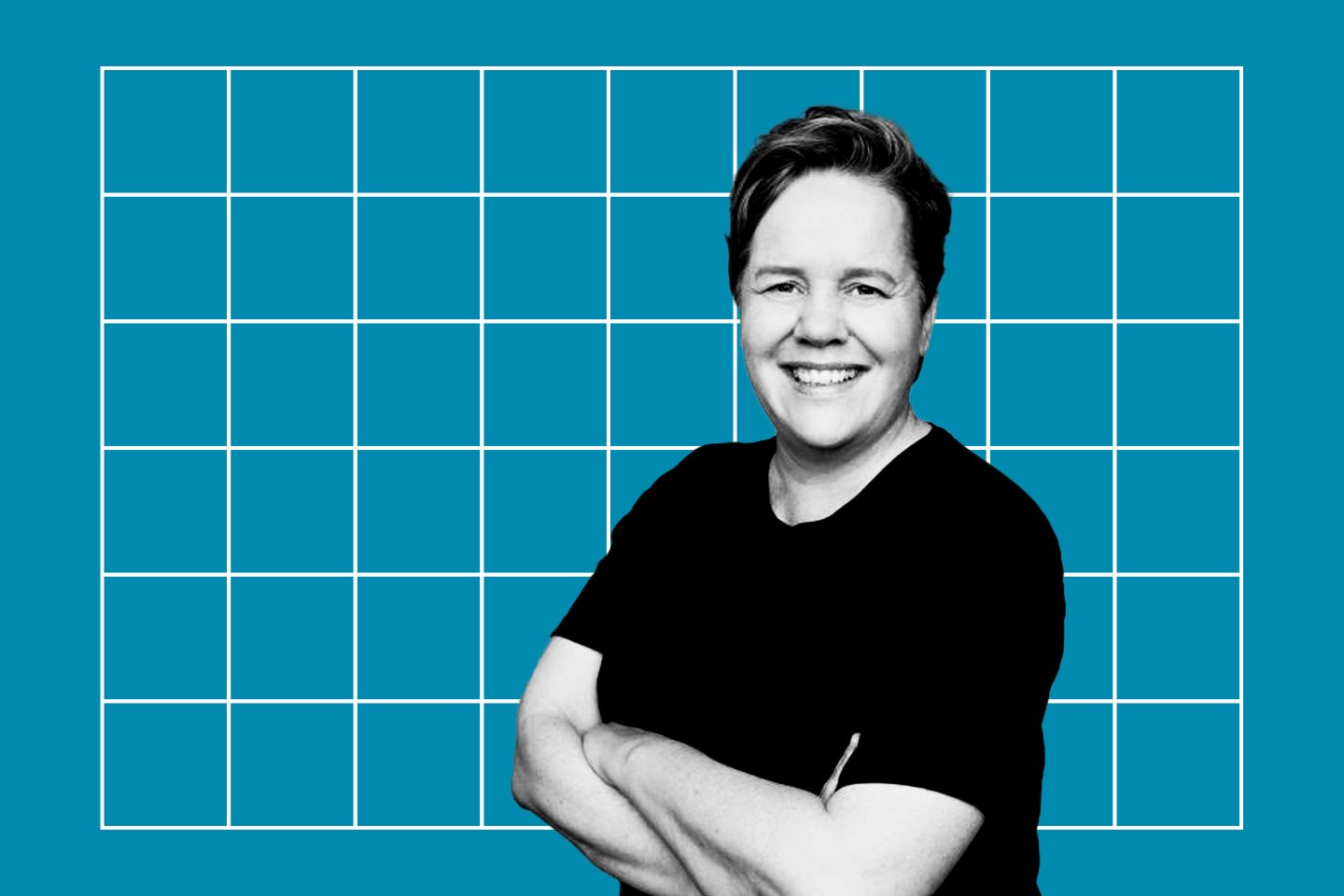 Frances Frei knows how to fix a problematic corporate culture. The Harvard Business School professor of service management was called in by Uber in 2017 to address a work environment rife with sexism; Frei says her team turned things around at the troubled ride-sharing giant in nine months.

After a national reckoning over racism in American society, including in the workplace, even companies that haven’t suffered crises as acute as Uber’s are eager to examine where their cultures fall short. Frei, with leadership coach Anne Morriss, is co-author of the June book Unleashed: The Unapologetic Leader’s Guide to Empowering Everyone Around You. In the book, the pair teach readers how to lead while they’re in the room and when they’re not—which is when an organization’s culture steps in to fill the vacuum.

“We have to train people, educate people, and inspire people to be awesome in our presence and have that awesomeness continue in our absence,” she says. “Culture is a really good tool for what works in our absence.”

Frei spoke to Fortune about how companies can apply the leadership principles she has developed to the dual crises of the present moment—efforts that should pay off soon. “Meaningful change,” she says, “happens quickly.” This interview has been edited and condensed.

Fortune: Many companies are now confronting longstanding problems around racial injustice in their workplaces. What lessons does your work offer them?

Frances Frei: Being inclusive of diversity is the missing ingredient. We might have people that are underrepresented and if we are thoroughly inclusive of those folks—if they thrive just as much as everyone else—then we’ll begin to make a lot of progress. The mistake we’ve been making is we think about diversity first and inclusion second, and I would flip that. If we learn how to be inclusive of people, then we will be a magnificent place for diverse perspectives.

What lessons does your work at Uber specifically offer to companies trying to overhaul their corporate cultures?

What we found at Uber was that almost all complaints had something to do with an interaction with someone’s manager. There were 3,000 managers when I got there, so there were either going to be 3,000 bad people or 3,000 people that had not received an appropriate education. It was the latter. People aren’t born knowing how to manage, and I believe deeply in the power of education. In that education I would have a heavy dose of management education and leadership education. As part of that I would talk about inclusion and diversity.

Why was the management interaction the place where these problems emerged?

I got called in after the Susan Fowler blog. If you read that heart-wrenching blog she wrote, you’ll hate everything about her experience. Then if you read it again, you’ll hate it, and you’ll realize that these were management challenges. She reported to someone, that person thought they were reporting it up the chain of command, but the organization didn’t have a well-functioning people structure. You can think, how dare they? But their situation was that you get hired as an individual contributor; then something like five minutes later you’d be promoted to a manager because of hypergrowth. Something like five minutes after that you’re a manager of managers. Companies that experience hypergrowth—[don’t have] the basics that are occurring at other organizations.

What role do corporations have to play in racial justice movement?

We will get greater success more quickly if companies play the largest role. There are three steps you have to go through. We need a new lens on our glasses. We all have to see racial injustice as: Oh my gosh. This has been going on for 400 years. Even if we all would have passed the test before, we need to see it in a visceral way. The seeing is step one.

But here’s really what companies can do. Companies can look at their performance along hiring, development, promotion, and retention. It’s as simple as that. If Black people are thriving in terms of being hired, developed, promoted, retained the same as people who aren’t Black, you’re doing great. But if there are gaps—when that is closed, then you get to celebrate.

We’re at a point when companies are no longer issuing statements about Black Lives Matter or responding to the day-to-day news. How should employees, leaders, and other stakeholders ensure that these pushes for change don’t get left behind as public pressure lessens?

I don’t mind if they’re not talking as long as they’re busy at work improving things. We should be able to see progress. At Uber, we turned things around in nine months—and Uber had a lot of problems. I find meaningful change happens quickly. Right now I want to see progress on justice. I would love it if that’s what everyone is working hard on.

Now, if we’re not making improvements in the performance and we’re not talking about it, then it’s up to employees and community members and stakeholders and, as a matter of last resort, Congressional hearings. The world is paying attention right now, so if people aren’t working toward progress, we should definitely bring the attention to them. If less talking means they’ve graduated to this third phase of justice, I consider it progress. But we should be able to see progress very quickly.

Do you think that progress is happening internally right now?

I’m very optimistic. As one measure, before, if I wasn’t bringing up race, race wasn’t being brought up. Now it comes up in every senior-level conversation I have. What’s beautiful is it comes up with a growth mindset—I want to learn about it—and not a fixed mindset: I already know it.

In recent months, several white female leaders have been called out for racist behavior. What do white women need to change about their behavior in the workplace?

Gender and sexism—it isn’t only men doing it to women. Men and women had a women’s problem for a long time. White women might have had a fixed mindset—as opposed to a growth mindset—according to race. Having had the experience of sexism, we would think it bridges naturally to racism. I don’t think it does. To the extent white women aren’t doing as good a job, I would think, what can I learn about race and how might I be contributing to the racial problem? If we do it with an open mind, holy cow, do I think it will be awesome. I can imagine some people might think, ah, I’ve experienced an -ism, so I get it. I think gender does not port over to race.

What should companies be doing right now to support working mothers through the coronavirus crisis?

What’s really concerning about what’s going on right now is that primary caregivers, which are often moms—everything is falling to them. Before you didn’t know if you should be overly devoted to the PTA—and now you are the teacher.

If companies can support moms right now, they will become the winning companies in the future. The first thing we should do is take away all the wasted time mothers have to endure. If we make meetings faster and better, that will help moms. Now would be a great time to say to moms, what is it about your job that you’re doing that’s not totally developing you as a leader—can I take that off your plate? If we can curate the work moms are doing, and remove all of the inefficiency, that’s the only chance we have. Otherwise moms are going to become more and more exhausted, and they’re going to become more and more in need of an oxygen mask.

[As a company] I would do everything I can now to be a great place for moms, and I would think really hard that that’s what my competitors are doing.

How do the leadership themes your book assigns—presence and absence, love and trust—apply to this current moment?

Leaders can’t be in the room all the time. Our job as a leader is to make others better, first when we’re there. We have to train people, educate people, and inspire people to be awesome in our presence and have that awesomeness continue in our absence. Culture is a really good tool for what works in our absence.

There are a whole bunch of things we do naturally, that we need to undo.
In our experience, what’s getting in the way looks like boulders, but actually it can be the size of pebbles. Our job is to equip people with the brooms to sweep away the pebbles. I’m not saying that race is a small problem, but I am saying race can be solved just like we solve all the rest of the problems. With dignity, with deep diagnosis, and making it a super top priority.