‘Historic opportunity’: Governments are facing a once-in-a-lifetime chance to transition to clean energy 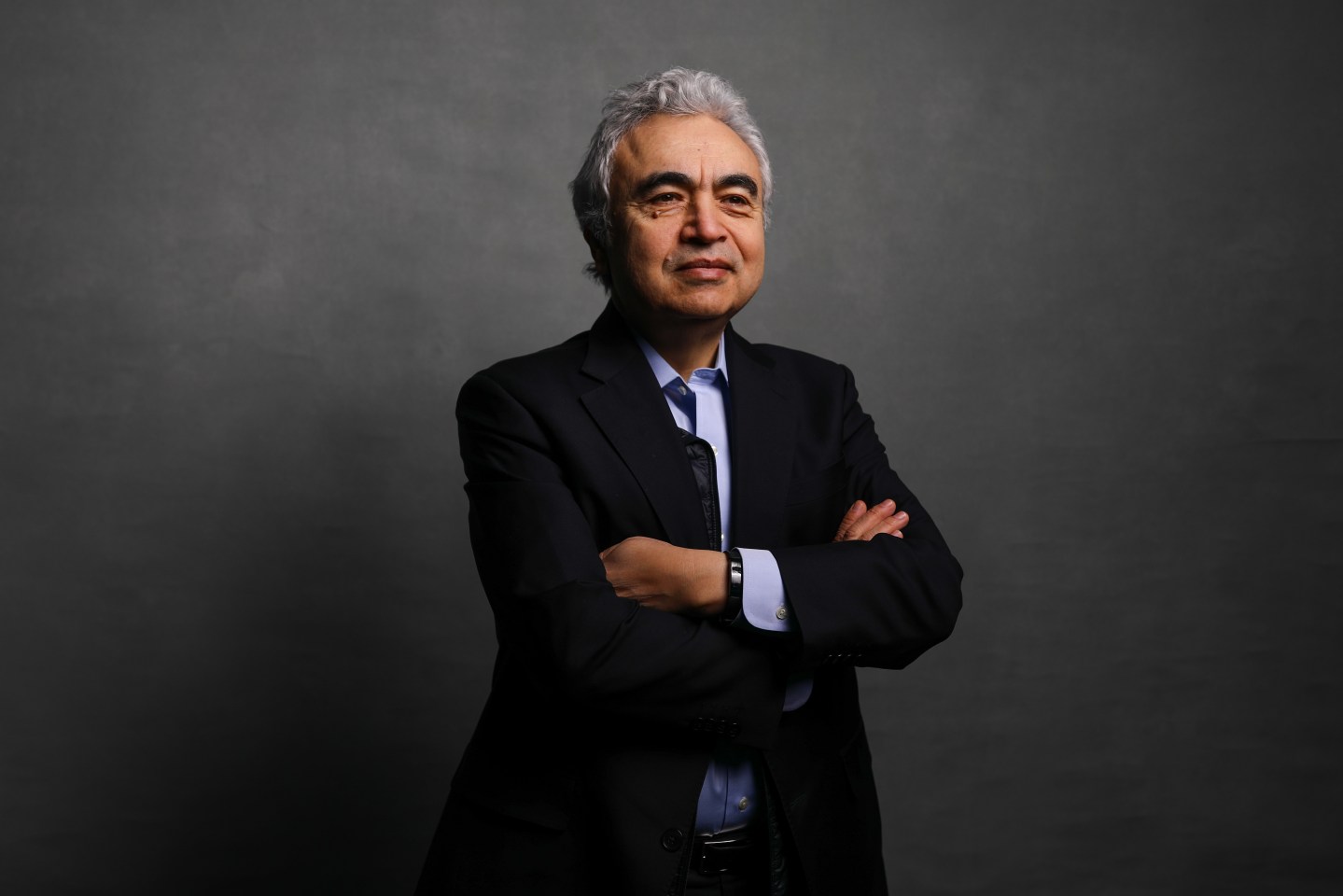 Fatih Birol, the executive director of the International Energy Agency, has had a clear message to governments since the earliest days of the pandemic: Do not waste this chance.

As the world lurches into a series of global lockdowns—and plunges into a desperate financial crisis—a message of optimism might seem misplaced. But Birol, speaking to ministers and analysts nearly constantly throughout the crisis, has advised that once-in-a-lifetime stimulus plans offer the chance to set economies on a path toward a wide-scale clean-energy transition. Regular people, who have seen their daily lives overturned and, in many cases, have experienced for the first time what largely pollution-free cities can feel like, may be newly ready too.

Birol spoke to Fortune this week about what that transition could look like; why even climate laggards are coming to the table; the percentage of emissions from privately held national energy companies—and why every effort will be ineffective if governments fail to eliminate the emissions from coal.

This conversation has been condensed and edited for clarity.

I know you talked to my colleague Vivienne Walt in March when this whole situation was just kicking off, and I wondered, how have the past few months been for the IEA as this crisis has deepened?

What we have done is four things as the IEA, since March. Clean energy should be at the heart of the economic recovery, because many governments are preparing once-in-a-generation-in-scale stimulus plans, and these are trillions of dollars. It is a historic opportunity that clean-energy incentives should be part of economic recovery. This was the first call we made—an early call.

Second, you look at the impact of COVID on energy. We expect energy demand this year to decline sharply. Just to put it in context: Compared to the 2008 financial crisis, [it is] seven times deeper than the decline during the financial crisis—a huge decline. Oil gets the biggest hit. Gas, coal, all of them. Renewables still grow, but much smaller than what they would be otherwise.

And energy investments around the world this year—we expect [those] to decline about 20%, about $400 billion, with implications for energy security and clean-energy transitions. Emissions, a key preoccupation for the IEA, are declining sharply, and this year’s decline will compensate [for] or delete the increase in global emissions in the last 10 years. But of course we should make sure that emissions do not rebound sharply as the global economy recovers.

And third, what we have done is an exit strategy. We worked with the IMF and made a so-called sustainable recovery plan. We look at all the energy policies and focus on those that would fulfill three objectives: boost economic growth, create jobs, and avoid the rebound of emissions. And we came up with three important, in my view, policy suggestions: accelerations of energy efficiency improvements, especially in the building sector; second, pushing strongly [for] solar and wind installations; and third, modernization and digitalization of the electricity grids.

Our study with the IMF has [found that] if those three policies were to be pushed globally, we would see a global economic boost of one percentage point. Nine million additional jobs are created, and we avoid a rebound of emissions and put the emissions into a structural decline.

Are there any countries or regions that stand out for leading this energy transition, in terms of the stimulus packages and the rebuilding packages?

Yes. Just [Tuesday] Europe came up with a very strong stimulus package, both in terms of the size of the package and also a great emphasis on clean-energy technologies. Canada also made some sort of steps in that direction. Japan decided to phase out coal-fired power plants; the Japanese minister announced it during our clean-energy transition summit.

When I asked the Chinese energy minister, Mr. Minister, what are the plans for clean energy for the five-year plan?—because the Chinese five-year plan is critical for everybody—he said that clean energy would be at the heart of it. Of course, all of them, we will track very closely. But I was very impressed that governments around the world, even those who do not put climate change as the top priority, came around the virtual table on the topic of accelerating clean-energy transitions and pushing for a sustainable economic recovery.

Why do you think that is? I mean, we’re in a crisis-in-a-crisis-in-a-crisis right now. Why would a country that hasn’t put climate change at the center before be coming to the table [now], amid everything that’s going on?

There are actually two reasons for that. One of them is very practical. Even a government that doesn’t take climate change as a top priority, if they need policies to boost economic growth and create jobs, they still need to focus on these three policies I mentioned. Just forget the climate, forget the environment—just to create jobs. Energy efficiency building is a job-creating machine; renewables, solar, again—very important in terms of employment.

Second, the [IEA] is creating that momentum around the world. I think the absence of any country at that meeting, it would be very visible for the country’s social and environmental credentials. So I can assure you that all the countries made strong statements in terms of how much they are willing to push clean-energy options in the next three years.

Are there any clear laggards in terms of countries?

I think they are all doing their best. Of course, when I look at the numbers, there are eyebrows that are raised by some. For example, when we look at our data for the first six months of this year, I see that approvals for coal-fired power plants in Asia are two times faster than the first six months of 2019. Led by China, but also some other countries there.

And a topic that I covered significantly in the ministerial meeting was the issue of coal. Because even if we build everything as of now for the next two decades sustainable, if existing coal plants around the world continue to operate in line with their normal economic lifetime, the world has no chance whatsoever to reach its climate goals. So therefore, the technology such as carbon capture and storage is extremely critical if we are serious about reaching our climate goals around the world.

Did any of this stimulus talk include not just investing in some areas, but actively discontinuing coal?

Yes. I asked the question to, for example, Japan, because Japan is one of the coal technology providers in Asia and at home. [The] Japanese minister said that they are changing their energy policy in terms of coal, and they are gradually going to phase out existing inefficient coal-fired power plants.

Why coal is so important: We have two jobs in front of us. One, whatever we build now, in the years to come, should be sustainable. Second, we have to “cure” the existing infrastructure: coal-fired power plants, iron, steel, petrochemicals, cement. Even if everything we are going to build in the next 20, 30 years is sustainable, it is not enough to reach our climate goals. We have locked-in assets which needs to be “cured,” which is either early retirement, or technology that is carbon capture and storage, hydrogen and others.

I remember in February, you said that of the big oil and gas companies, only 1% of investment was going into clean energy and clean technology. Obviously since then a lot of big energy companies have said they’ll commit to the net zero goals. Do you see the gap narrowing between what the big energy companies say they’ll do, what they prioritize, and what they’re actually doing?

Yes. But as I said, no oil and gas company will be unaffected by the clean-energy transitions. So what we are seeing in the meantime is that some of the companies, European, but also some American companies, are going in three directions—such as electricity, hydrogen, and carbon capture and storage. They are now serious, and we are going to look at this again, this January. What is the share of this in their investment portfolios?

There is a lot of attention, and scrutiny, on the international oil and gas companies, which is very good. And it should be there through investors, customers, activism. But we look at more than 2,000 publicly listed companies. They are responsible for less than 25% of global emissions. Seventy-five percent comes from the national companies that are not publicly listed companies. And they are escaping the attention and the scrutiny of the public investors, and others.

We should not only look [at the publicly listed companies], but we should also look where the majority of the problem lies. We should look at both.