Are you willing to pay for news? The future of journalism may depend on it 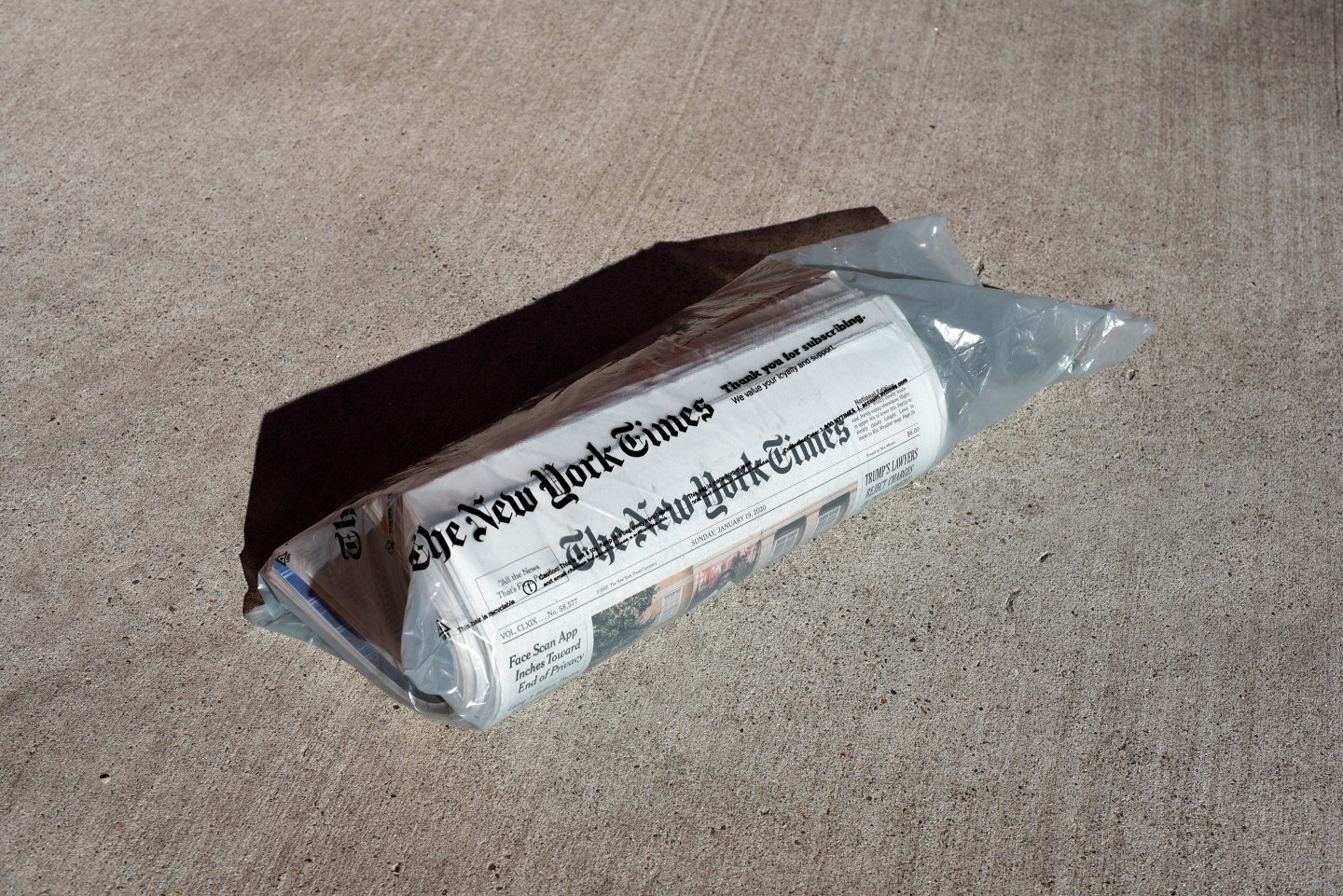 American journalism in crisis. The public needs to pay for good reporting if there's any hope to save the news media, write Jennifer Hoewe and Brett Sherrick.
Robert Alexander—Getty Images

French legislators recently implemented a tax credit for citizens who subscribe to news outlets. Similarly, other governments around the globe directly or indirectly fund their news media. Though they take an important step toward funding journalism, these models are at odds with the American First Amendment, which guarantees—in part—a press free from government intervention.

This freedom is crucial to ensure the news media are able to critique the American government and hold it in check. That’s why, in a time when access to accurate information could not be more important, members of the American public must decide to invest in journalism.

Why, then, are Americans reluctant to pay for the high-quality news they need?

Americans’ trust in the news media has reached historically low levels. Americans also increasingly perceive the news media to be biased toward a particular political party. In most cases, Americans tend to think the news media is biased against their own political party and beliefs, a phenomenon called the hostile media effect. These outcomes are likely tied to two important things: increased political rhetoric that continually questions the accuracy of news, and the public’s biased perceptions of what is accurate.

First, let’s consider what constitutes “the media” and how it is discussed by political elites. The term “the media” is often used as a denigration that is selectively inclusive—applied to news outlets that oppose one’s views. Politicians and pundits, particularly conservative ones, have worked to create a common enemy—the news media—in recent years. Trump has repeatedly attacked news organizations, and Fox News frequently critiques “the mainstream media.” The irony, of course, is that Fox News is the most widely consumed cable news network, which places it pretty squarely as part of the mainstream media. This increased rhetoric positioning American journalists as the enemy of the American public exacerbates already low levels of trust and makes the dissemination of accurate information more difficult.

The second point to consider is how the American public came to be so cynical about news content. Well-meaning educators and friends have encouraged their students and acquaintances to be skeptical and critical of the media they consume. While a critical view toward media is important, Americans also need to be skeptical and critical of their own belief systems. Failure to do so often leads to confirmation bias, where individuals select information that agrees with their own beliefs because they do not like encountering divergent perspectives. Since many Americans have learned to be critical of media content but not of their own beliefs, such skepticism can lead to the easy rejection of uncomfortable but accurate information.

So where does this leave the future of American journalism? It must begin with a reemphasis on the importance of accurate reporting. The founders of America understood the necessity of a free and independent press, and we have to acknowledge that this essential entity must continue to exist and thrive in order for our democracy to function.

Then Americans must consider what information they value and why. If we only consume information that agrees with our own viewpoints, we allow misinformation to run rampant and immoral actors to take advantage. We must be open to new perspectives—even challenging ones—and those perspectives must be rooted in fact.

The crucial part of this, though, is that Americans must be willing to pay for their news. Good journalism is expensive. In order for the press to operate in a capitalist-driven democracy, people must pay for the content that fulfills their goals of being well informed.

When news consumption moved to primarily online distribution, newspapers failed to establish a functioning business model that could accommodate for the upcoming decreases in hard copy advertising and subscriptions. Even when newspapers eventually moved online, they found that online advertising and subscriptions tended to be far less lucrative. Certainly, some modern news organizations have found ways to produce the revenue required for good journalism, but the likelihood of other publications continuing to exist, particularly the immensely important local outlets, rests with the purchasing power of the consumer.

Without a committed and sustained investment from the American public, local journalism may cease to exist. Small and midsize newspapers across the country are consolidating or going out of business in part because of ownership decisions but also because Americans have opted to receive their news in aggregate forms (such as Google News, Facebook, and Twitter). While those aggregators rely on local news sources to collect their content, the revenue earned from advertising or other means, such as the selling of user data, is often not shared (or not shared fairly) with the originators of the information.

Data consistently show that Americans are willing to pay for online media. We may not bat an eye at our Netflix subscription prices or adding Disney+ to our online services. So why do we shudder at the thought of paying for quality journalism? News consumers have become accustomed to free access to news content. Since we’ve been spoiled by news content that is available for free, we expect it to continue to be free. An anchoring effect has made any increase in the price of news seem large, even though a newspaper subscription is often not more than a Netflix subscription.

If Americans want to receive high-quality, accurate information, they must be willing to pay for it. Since online ads are often purchased at a fraction of the price of print ads, ad revenue does not provide enough to support news operations. Direct government funding introduces a conflict of interest. Nonprofit status and tax exemptions encourage contributions primarily from the wealthiest individuals and corporations. Each of these models on their own cannot ensure that American journalism will persist as an independent watchdog of the government and others in power. Instead, Americans must pay for their news content to provide support for this crucial component of our democracy.

Even with this information, it can be difficult to decide which news organizations to support. The following strategies should help news consumers make these decisions:

And importantly, once you’ve used this list to help select your preferred news organizations, be willing to support their work by paying for their content.

Jennifer Hoewe and Brett Sherrick are assistant professors in the Brian Lamb School of Communication at Purdue University.