We can’t breathe at work, either: John Henryism and the health impact of racism 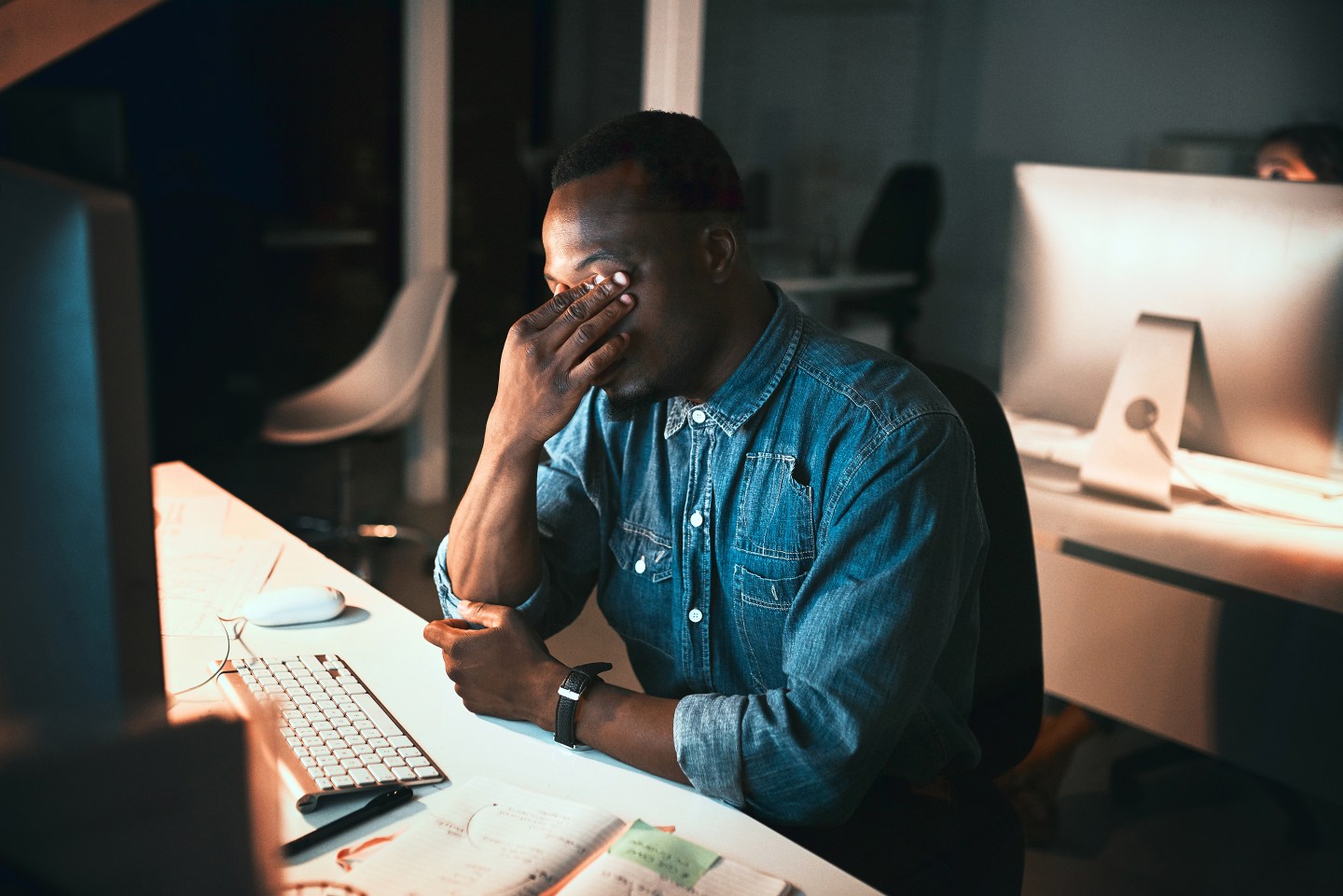 John Henryism explains why black professionals have to work harder to overcome systemic racism in the workplace.
PeopleImages/Getty Images

Like many black people, I have spent the past weeks reflecting on and continuing Martin Luther King Jr.’s beautiful struggle of working toward dismantling racism and antiblackness, spurred by the killings of George Floyd, Breonna Taylor, Ahmaud Arbery, and so many others. During a march last week, a colleague talked about all the spaces they were a part of: community organizations, social justice collectives, professional obligations, and work. I looked around at my fellow black faculty and administrators and realized we were all doing the same high-impact, but also high-emotional-toll, types of activities. But at the same time, we were attempting to keep all the plates spinning in our chaotic professional lives in a manner that exceeded that of our nonblack peers.

Years ago another colleague of mine mentioned the term “John Henryism” to me. I knew the name from the folktale (one of the few with a black hero): John Henry is a steel driver who races a drilling machine to bore out a tunnel. He defeats the machine, only to die immediately from a heart attack from overwork.

While the story is celebratory and heralded in songs, films, and comic books, John Henry’s death is a chilling reminder of the cost black people pay “racing the machine.” In 1983, social epidemiologist Sherman James observed this phenomenon among working-class black men, who responded affirmatively to statements such as: “I like doing things that other people thought could not be done,” “It is not always easy, but I manage to find a way to do the things I really need to get done,” and “I feel that I am the kind of individual who stands up for what he believes in, regardless of the consequences [emphasis theirs].” These men suffered greater psychological and health problems such as heart disease and hypertension.

James’s concept can apply to black professionals combating systemic racism in the workplace. Many black professionals are hyperscrutinized on their credentials and performance, driving them to not only work harder—but also to be “twice as good, to go half as far,” as Michelle Obama wrote in Becoming. It’s evident in popular culture: The HBO series Insecure chronicled one character’s struggles in a predominantly white law firm. The stakes for black professionals are not confined to the individual: The hypersurveillance and scrutiny also affects the status of other, and future, black people in the organization when they’re compared to other black people (and mistaken for them, despite differences in appearance and personality).

This moment of activism brings excitement and possibilities of lasting change. Black professionals are reporting and presenting, talking to the media, and engaging in community service as their other work responsibilities continue, without additional compensation. How do we guarantee that black leaders remain healthy as systemic racism works to erode their capacity?

One obvious strategy is ensuring that anti-racist work is not placed solely on the backs of black professionals. Organizational heads should lead from the front: By modeling personal commitments to individually and organizationally dismantling oppressive structures, they resist implications that only black people can lead efforts.

Another step is certifying that workplaces promote mentally and physically healthy lifestyles for all—while simultaneously noting the unique stressors for employees who are black, indigenous, or people of color. In organizations with small numbers of black professionals, all must understand the pressure of being the “only one”—and commit to internship, hiring, and retention plans, as well accountability to them.

Resource groups (also called support groups) assist black professionals in finding community in organizations where black employees are scattered across the institution. Resource groups should be well funded for community building—and their leaders should have direct access to leadership to bring concerns to the forefront as they evolve. They also can serve as networking spaces for mentoring relationships to develop.

Last, those who evaluate and support black professionals must commit to using non-biased rubrics to assess progress. Professional advancement cannot depend on gut feelings or homophily (the similarity one has to those in leadership). Instead, transparent and equitable benchmarks that all can achieve should be the mark of institutional advancement.

Leaders should beware of professional development requirements that mandate out-of-pocket expenditures or unpaid work, which advantage those with access to additional resources. Funding and release time should be available for all who are interested in these opportunities, particularly those who have been historically marginalized.

To ensure that the undeserved, unnecessary deaths of George Floyd and other black lives are not in vain, organizations must commit to long-term planning and action. But this should not be at the expense of the physical and emotional health of black professionals in organizations. John Henryism is a warning to leaders that black professionals, too, can’t breathe.

This essay is dedicated to the memory of James A. Wilson Jr.

Richard J. Reddick is an associate professor and associate dean for equity, community engagement, and outreach for the College of Education at the University of Texas at Austin, where he also holds courtesy appointments in the Department of African and African Diaspora Studies, the Institute for Urban Policy Research and Analysis, and the Warfield Center for African and African American Studies.