So much for ‘high yield’: Goldman Sachs cuts rate to 1.05% on Marcus accounts 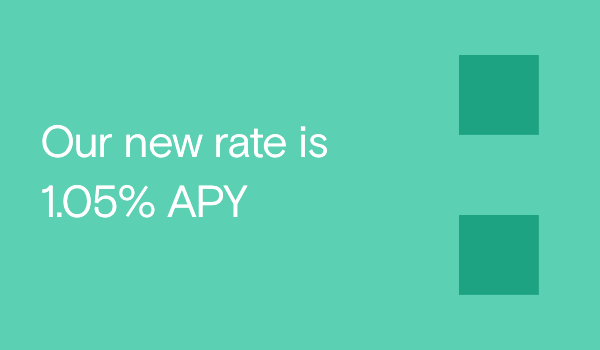 In 2016, Goldman Sachs launched its flagship consumer product, known as Marcus, and enticed new customers with the promise of “high yield” savings accounts. The rates were never jaw-dropping but, at this time last year, offered a healthy 2.15% return.

Now, the online bank’s rates are clearing 1%—but just barely. This week, Marcus told customers in an email that it was slashing savings returns to 1.05%. The email is the fifth in a series of bad news missives from the bank which began last August, with the latest cut representing a 0.25% decline from a previous cut in early May.

None of this is surprising given that the Federal Reserve signaled last week it intends to keep its benchmark interest rate near zero till 2020. But it’s still discouraging for investors who, only a year ago, could choose from a glut of online banks offering rates that topped 2.5% in some cases.

Today, Marcus’s 1.05% is about middle of the pack, according to Bankrate.com, which shows rival online bank Ally offering 1.10% while card companies Discover and AmEx are offering 1.05% and 1.15% respectively. Three banks—Citi, Comenity, and Vio—offer an industry-leading 1.35%, but that is unlikely to induce many consumers to switch or sign up.

These negligible “high yield” savings rates present a dilemma about where to park cash, especially given stock prices that have been volatile and, in the opinion of many experts, overvalued.

One option may be CDs. According to a savings rate blogger cited by CNBC, CDs with rates higher than 3% may turn up later this year. But that remains to be seen.

Another source of worry for investors is the specter of inflation, which has yet to materialize, but could be a real danger given the huge amount of money central banks, including the Federal Reserve, have printed in recent months. Indeed, the flurry of money printing has even given rise to a new meme and website called “Fed go Brrrr.”

This has led some—notably in the cryptocurrency world—to advocate for investing in assets that are relatively scarce, including real estate and Bitcoin.