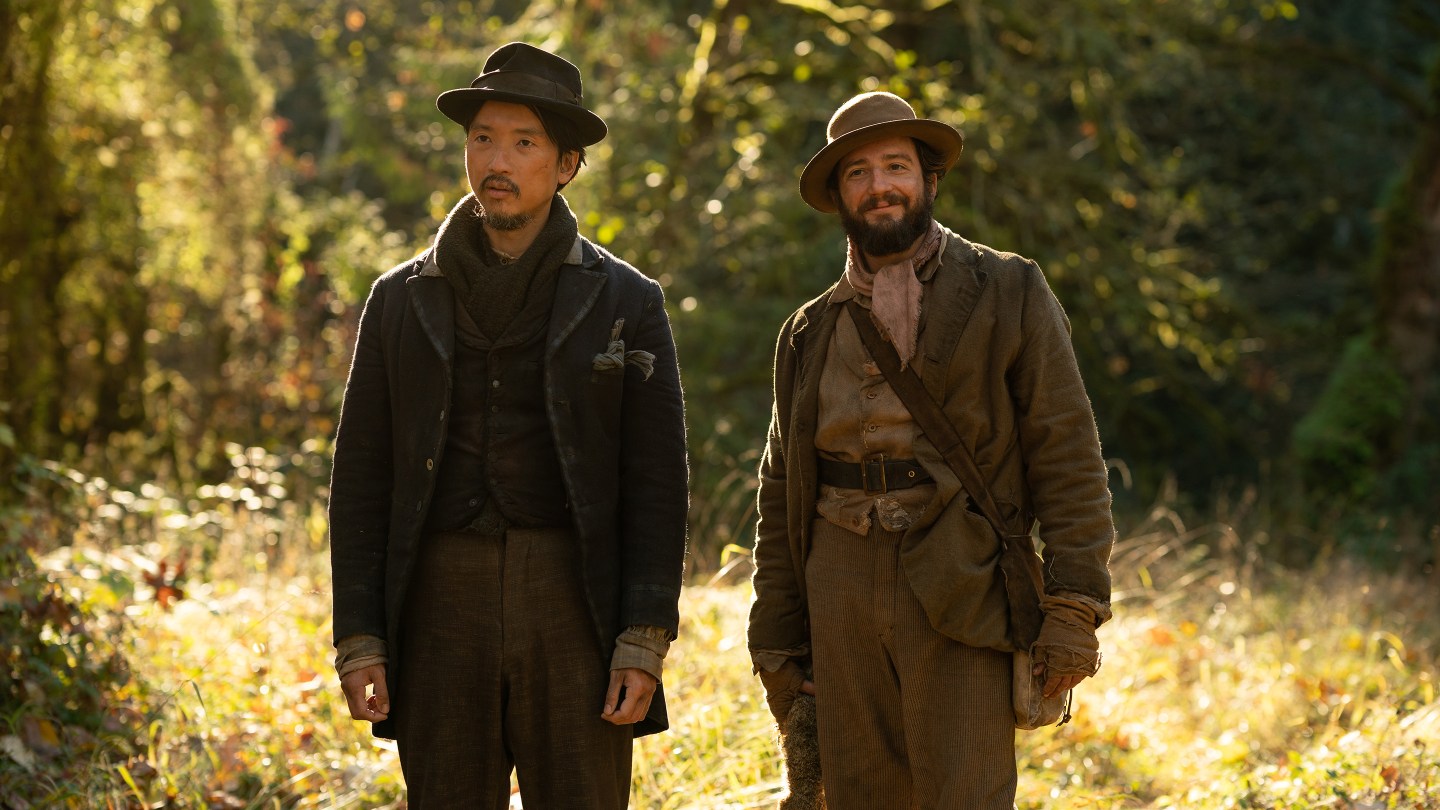 Patiently, and without an ounce of pretension, the films of Kelly Reichardt illuminate what it might feel like to get lost chasing the American dream, broken down along its open roads without a sign for miles.

Set mostly in Oregon and populated by drifters in search of destinations both existential and literal, her films are resolutely still and impressively minimalist—so much so that the extent to which they interrogate broader notions of quest and camaraderie, temporality, and dislocation doesn’t easily reveal itself.

That’s par for the course with Reichardt, increasingly recognized after seven films as one of the American independent cinema’s greatest living auteurs. Her camera holds on landscapes as they undergo the most minute of transformations, cutting only once audiences become sensitive to the quiet beauty of such natural processes. Her characters are outsiders at the edges of society, bearing witness to time’s passage but often bowled over in their efforts to keep pace with it. And her films, in marrying the two, are precise about capturing small moments that speak volumes.

First Cow, out March 6, is rich with such moments—milk splashing at the sides of a pail, a man pausing to pick wildflowers, sunlight rippling past tree branches—while also serving as Reichardt’s most warm and accessible film to date.

Magaro as Cookie in “First Cow.” Reichardt extensively studied 1820s Oregon territory, cobbling together information via researchers spread out between Portland and London, to capture an accurate sense of the period.
Allyson Riggs—A24 Films

Set in 1820s Oregon Territory, it charts the unexpected friendship between two men, Cookie (John Magaro) and King Lu (Orion Lee), living on the outskirts of a Pacific Northwest trading post. The pair are bonded by their shared sense of empathy, as well as a certain craving for domesticity no hardened fur trapper could appreciate. Together they hatch a precarious get-rich-quick scheme, selling delicious “oily cakes” made with milk stolen from a cow belonging to the local land baron (Toby Jones).

It’s a “low-impact business,” jokes Reichardt, speaking to Fortune by phone. “There’s an urgency for both of them in that they want to stop traveling, which is how they’ve been able to exist up until this point, and it seems they need a little nest egg in order to do that.”

Of course, milking a cow they don’t own isn’t exactly a sustainable business model—it’s also most assuredly the kind of trespass that could get them shot—but King Lu assures Cookie no reward was ever won without risk. “History isn’t here yet,” he says at one point in the film. “It’s coming, but maybe this time we can take it on our own terms.”

First Cow, in its gently bittersweet way, explores what happens when the market forces of capitalism arrive to exert a powerful pull over the two friends, though it doesn’t judge them for pursuing a sliver of economic success. It’s based on Jonathan Raymond’s 2004 book The Half-Life, which explores that concept differently, across two parallel timelines and a side plot that brings some of its characters to China. By containing First Cow to 1820s Oregon, Reichardt sought to evoke the sense of a society in flux.

“There’s this feeling of progress, that it’s all going to move,” says Reichardt. “You better move with it, or else you’ll somehow be left behind.”

It’s not just the oily cakes. By the 1820s, when First Cow is set, the North American fur trade was already on the verge of wiping out Oregon’s beaver population. For the Chinook people and other indigenous groups living in the Pacific Northwest at the time, the arrival of such industry spelled disaster, sapping the area of resources and ultimately decimating their way of life.

“I always had this idea of how corporations came later and ruined everything, that corporations really won in America and took it over,” says Reichardt. “But it all really started with corporations. They were there depleting resources from the moment a white toe hit the shores of what would become America.”

First Cow brings Reichardt back to her beloved Oregon, where she’s set all her films except 1994 debut River of Grass (set in the grotty Florida suburbs she grew up in) and 2016’s Certain Women (staged in Montana after Reichardt decided she wanted a change of pace). Old Joy (2006), Wendy and Lucy (2008), and Night Moves (2013) were all set in the modern day, while Meek’s Cutoff (2010) was a period piece, following lost travelers along the Oregon Trail in 1845.

But turning back the clock an additional quarter-century represented a complication for the filmmaker in at least one respect. The first photograph wasn’t taken until 1826, six years after First Cow is set, leaving Reichardt with sparse visual records of the time period.

Extensively studying the 1820s in conjunction with Raymond (who cowrote the script), Reichardt relied on researchers spread between Portland and London, the latter of whom poured over findings brought back by surveyors that were at times more comprehensive than information available in Oregon. She also visited the Chachalu Museum, opened by the Confederated Tribes of Grand Ronde, and listened as some of its members recounted tales passed down through their families.

“It felt like a relay of information, sometimes,” says Reichardt. “I was getting as much from props, costume, and production design people all doing their own research. You’re all in a van together at some point, exchanging everything you’ve read and learned. Jon Raymond kept reading even while we were making the film. This was probably all to relearn a lot of stuff we all learned in second grade, to some degree. Jon’s kid would be like, ‘Yeah, I know.’”

In filming First Cow, Reichardt strove for accuracy in terms of period details but, true to form, set her sights even higher when it came to actual filmmaking technique. The director describes her shooting style as something of “a jigsaw puzzle,” composed of individually striking shots and sequences that flow together into a larger, more meaningful narrative picture.

“You’re rolling the dice that the pacing you’re feeling while you’re shooting is going to work out later,” she admits. But taking a particularly staid, deliberate approach to filming First Cow also felt instinctively right for the time period.

“It’s a consideration of how one experienced time in 1820,” explains Reichardt. “With the days rolling out, it had to feel different in terms of cutting and pacing than how we experience time now, with all our technology. Everything to them was a process and this seek-and-find journey.”

“She just seemed like the perfect cow for the job,” says Reichardt of Evie, who plays the role of the cow in the film.
Allyson Riggs—A24 Films

For Reichardt, one essential element of First Cow was Evie, the cow who plays her. The director sounds amused to recount that she found the titular heifer through a traditional casting call. She knew upfront she wanted a Jersey, owing to that breed’s naturally expressive eyes, and leafed through dozens of cow headshots in search of the perfect animal. When Reichardt saw Evie’s photograph, she was beguiled by her serene features and went to meet the cow in Washington, where the animal’s tranquil demeanor soon won her over.

“She just seemed like the perfect cow for the job,” she says. (Since First Cow wrapped, the director has kept tabs on Evie, she notes. She recently had a calf, named Cookie.)

Working with animals—also including dogs, cats, and a raven—was nothing new to Reichardt, who cast her own dog in Old Joy and Wendy and Lucy. But it was unusual for her to work with trained animals, which became necessary on First Cow due to a scene in which Evie floats across a river on a wooden ferry.

“Moving at a fast pace and being loud doesn’t really jibe with cows,” she says. “We had to get out of our usual speedy mentality and slow down, move a little more stealthily, so she could feel comfortable.”

Reichardt doesn’t disagree this sounds more like training her crew than the cattle. “What’s great about having animals is you don’t know what they’re going to do, and the actor has to respond to it,” she adds. “They build a bond with each other.”

—Alex Garland’s Devs aims to mix quantum mechanics with “elegance”
—Pamela Adlon wants you to know she has your back
—How the Beach Boys became two separate, warring factions
—Emma. star and director on updating Jane Austen’s text through blood and tears
—Contagion writer, scientific adviser reflect on film’s newfound relevance amid coronavirus crisis
Follow Fortune on Flipboard to stay up-to-date on the latest news and analysis.