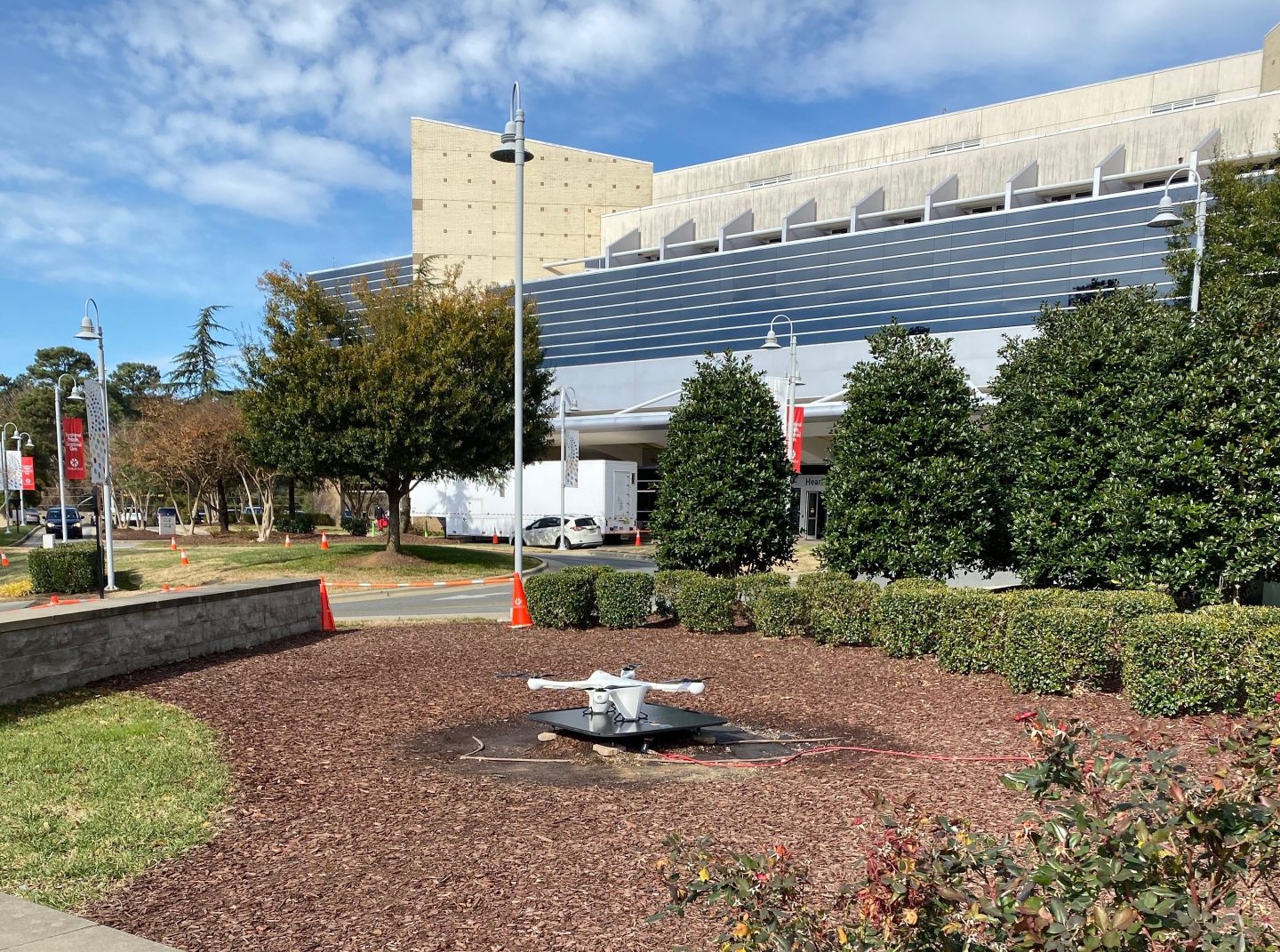 When ear, nose, and throat surgeon Stuart Ginn was doing his residency at Stanford University a few years ago, he had some unusual expertise for someone in the medical profession: he’s a former professional pilot.

Prior to enrolling in medical school in 2006, Ginn had been a flight instructor and professional pilot for Virginia-based Atlantic Coast Airlines.

While at Stanford from 2011 to 2015, a tiny California drone startup called Matternet caught Ginn’s eye and he started emailing with the employees and, eventually, helped brainstorm possible uses related to healthcare for the company’s self-guided flying vehicles. The startup, which is backed by Boeing, Sony, and others, got permission two years later, in 2017, to test its healthcare service concept in Switzerland, flying medical samples from doctors’ offices to hospital labs in several cities.

Meanwhile, in 2015, Ginn took up a full-time post at the WakeMed Hospital in Raleigh, N.C, where his hobby and his day job quickly began overlapping.

At the time, WakeMed Hospital depended on a network of couriers in cars to ferry patients’ samples between a scattered group of local doctors’ offices and its main pathology lab. In charge of innovation at the hospital, Ginn sensed an opportunity to improve the system by using drone deliveries to avoid traffic tie-ups, long courier routes, and other delays.

Ginn brought in his friends from Matternet, other drone-related companies, and the state’s transportation agency to create a flying network to replace the automotive couriers.

WakeMed’s drone program was one of just 10 nationwide that the Federal Aviation Administration approved for experimental drone trials in May 2018. Other winners included a pipeline drone inspection service at the University of Alaska in Fairbanks and a drone mosquito control program in Fort Myers, Fla. Ginn said he wasn’t surprised that the agency selected WakeMed’s program out of the nearly 150 applications. “We’re doing blood, not burritos,” he says. “We knew we had a strong case.”

Matternet CEO Andreas Raptopoulos says Ginn was instrumental in helping design the WakeMed program. The doctor contributed “a key point of view from the clinical and operational perspective,” he says.

Once the concept proved sound, delivery giant UPS joined as a partner, which helped the program win expanded permission from the FAA to start actual commercial trials. “It was like the adults showed up at the party,” Ginn says. This March, WakeMed’s UPS-backed drone service was cleared for daily activity, replacing courier pickups entirely for one doctor’s office near the hospital lab. Since the announcement, it has made almost 2,000 successful flights without a mishap, UPS says.

The unmanned, airborne courier service is also a leading test case in UPS’s transformation strategy under CEO David Abney to incorporate technological innovations more quickly. Matternet’s drones, with UPS’s supervision, carry samples only from a nearby office to the hospital’s lab, but will soon expand to farther flung offices as far as 11 miles away.

For UPS, the opportunity to serve healthcare opens up new revenue opportunities, at a time when e-commerce deliveries to consumers are squeezing its profitability and many of its large retail customers are disappearing. UPS is also testing using drones to deliver prescriptions for CVS and to take items off its own trucks to customers’ homes in rural areas.

“It opens up markets we haven’t played in,” says Bala Ganesh, vice president of the advanced technology group at UPS. “And it helps us do what we already do more efficiently.”

In healthcare, drones are just part of a larger plan to deliver better care to more patients by getting closer to them. “There are larger opportunities for how a healthcare system can be more responsive to its community, how we can change the design of our healthcare system to meet our patients where they need their care,” Ginn explains. “This is the kind of technology that can be one of many things that can help drive that.”

Still, the UPS drone delivery program, and a handful of others around the country, are all operating under temporary authority from the FAA. Google is working with UPS rival FedEx, and Amazon has its own drone delivery vehicles in the works.

Ultimately, the FAA is developing a broader set of permanent rules that should guide the field. But UPS’s Ganesh says that the agency could take another two or three years to finish the regulations. Before then, it will be hard to assess the true opportunity for profiting from drone deliveries. Final FAA rules “will give the guardrails for what’s going to be sustainable as a business,” he says.

In the meantime, pilot programs like WakeMed’s will continue to expand, along with other autonomous technologies. Ginn notes that WakeMed still uses pneumatic tubes to send some samples around inside the hospital, a job that perhaps could be better performed by robots or autonomous carts.

Since the hospital offers so many different kinds of care and services, Ginn is excited to bring in more cutting-edge ideas. “We really have a broad charter, and I think that gives us a lot of opportunities to deploy new technologies,” Ginn says. “Drones are just one good example.”

—2020 Crystal Ball: Predictions for the economy, politics, technology, etc.
—5 of the best last-minute gift ideas you can get before Christmas
—7 companies founded in the last 10 years that you now can’t live without
—A roundtable of investing experts share their best advice for 2020
—I worked at McKinsey. Here’s how the firm needs to change