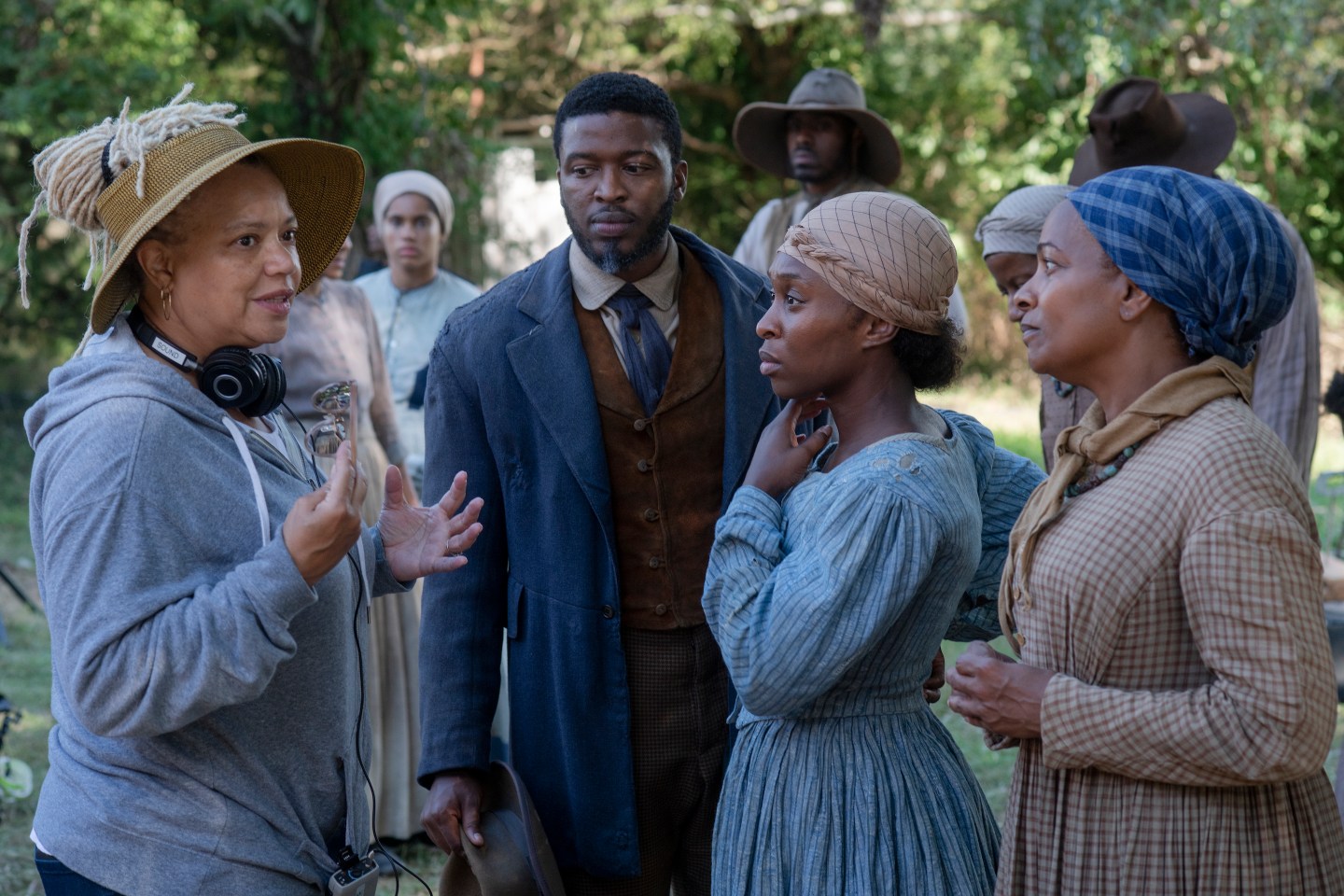 Awards season is never short on life stories, but it’s uncommon for one to feel as pressingly important as a biopic centered on the life of Harriet Tubman. It’s equally rare for a woman, let alone a woman of color, to have directed and co-written an Oscar-contending biopic released by a major studio.

For Kasi Lemmons, who started as an actor in the late 1980s and segued to directing in 1997 with the critically acclaimed Eve’s Bayou, Harriet offered the ultimate opportunity “to give back” as a storyteller. Lemmons talked with Fortune about the complexity of crafting Harriet’s narrative, the stress of battling nature during production, which of her own past directors she most hopes to emulate, and why we need Harriet’s “strength” now more than ever.

A Harriet Tubman biopic had long been gestating in Hollywood, with Oscar-winner Viola Davis once attached to produce and play the lead in a movie for HBO. How did this particular version finally make to the screen?

Our producers had a long, unique determination to get this movie made, starting in 2014. I joined the project in 2017 and with [producers] Daniela Taplin Lundberg and Debra Martin Chase took a lot of meetings in L.A. in June 2018. Thankfully Focus Features came onboard very enthusiastically and two weeks later we were in pre-production. It all happened kind of quickly! The part that took the longest was the research, outlining the story and trying to contain it. Harriet’s life is huge, even when looking at it through a narrow lens of just 13 years.

What was your approach to collaborating with co-writer Gregory Allen Howard?

Funny enough, we never worked together. In fact, I only just met him recently! I took his script, which the producers already had, and rewrote it; it needed some updating and a different point of view. I wanted it to really feel like Harriet’s own story so I did my own research and decided what I wanted to say. We’d both chosen the same period of time in which to tell the story: starting with her escape from slavery, to her involvement in the Civil War and then into the decade after when she’s doing the incredibly heroic work of rescuing others. What was helpful was getting to the heart of what people already know about Harriet. “She escaped to freedom. And she returned to free others.” I think, “Okay. But her entire life was interesting.” So I tried to fill in some of those blanks.

There was some controversy surrounding the casting of Tony-winner Cynthia Erivo, a British-born actress of Nigerian descent, to play Harriet Tubman. How and when did you know you’d found your perfect lead?

Debra Martin Chase had seen The Color Purple [on Broadway] in June 2016 and reached out to Cynthia about a year before I came on board. I started working on the script while Cynthia was away doing movies, so we talked on the phone. I finally met her sometime in the middle of my writing process in October 2017. I was so immersed in research at the time that Harriet had become very vivid to me. Cynthia walks into the Russian Tea Room in New York and I felt like Harriet was literally standing front of me. Physically she was a perfect match—tiny, muscular and so strong. And she had all the spirit and charisma. We had a very long meeting. By end, we were totally committed to each other.

To what degree does being an actor affect your approach to directing and the way you connect with your performers?

I never thought about that until I heard some of my actors in interviews talking about me being an actor. (Laughs) I definitely know what I like as an performer and what directing styles I prefer. Actors are so exposed, so I try to make them feel completely safe because I know how dangerous it feels. There are a few directors I’ve worked with as an actor whom I admired greatly, like Spike Lee, John Woo, and Jonathan Demme. Jonathan was probably closest in style to what I’ve wanted to emulate. He was very intense, but also very upbeat. I loved that.

Speaking of the late Jonathan Demme, some people may not know they’re familiar with your acting as you played an FBI trainee in his 1991 film The Silence of the Lambs. Have you kept in touch with your costar Jodie Foster over the years as your respective directing careers have taken shape?

We mostly just run into each other, and we’re very happy when that happens! That movie was an amazing moment for me. We trained and shot at Quantico. We went to classes on serial killers. It was a very powerful experience. Working with Jodie was so much fun. She’s such a pro.

Your breakthrough as a director was 1997’s Eve Bayou, for which you won an Independent Spirit Award for Best First Feature. In what ways did the opportunities that came to you after that both meet and underwhelm your expectations?

After Eve’s Bayou, I actually didn’t think I’d direct again. I thought, “I’m dropping the mic.” If I’d had something to prove, I was happy with what I’d accomplished. And then [Eve’s Bayou actor] Sam Jackson called and said he had another script for me, A Caveman’s Valentine. Then nobody saw that movie and I felt, “This can’t be the end!” Eventually I made Talk to Me with Don Cheadle and by then I’m like “Okay, I’m a director.” It was a long process for me. There weren’t many women directing at the time, let alone black women. So I felt I had something to give back. I’d say I still spend all of my time – when I’m not with my family or teaching— trying to get films made. It feels like a process that never ends.

Which day on the Harriet set most tested you as a director?

I could tell you many stories! We had a lot of encounters with nature. There was the day the freedom seekers ran into a hive of ground hornets, which flew up into their period costumes and stung them. And the day we filmed Harriet crossing the river at night… I had to take a lot of breaths. It was frightening. I knew I needed her to walk all the way from the shore toward me into a close-up shot. It was 38 degrees outside, but she wouldn’t wear a wet-suit because she wanted the full experience. So she walked about 100 feet in that freezing water. It was terrifying. I didn’t want her to get hypothermia. Also, I didn’t know what was in that water! We had snake wranglers with us all the time, but nature can’t be controlled. You can’t control the weather. You can’t remove every poisonous spider.  Honestly, I prayed a lot.

What does it mean to you to be telling a story as important as Harriet’s during another painfully divided time in America?

Cynthia and I often say: This is when Harriet would have wanted the movie to be made. It seems like the perfect time. People had been trying to tell this story and it feels like Harriet had a hand in exactly when it came out, which is the 400th anniversary of slavery in America. I hope people take away just how incredible this woman was. There’s something about her being small and ordinary that’s so inspiring. If she could accomplish these things just through sheer courage and force of will… what can we do if we are brave enough to try?