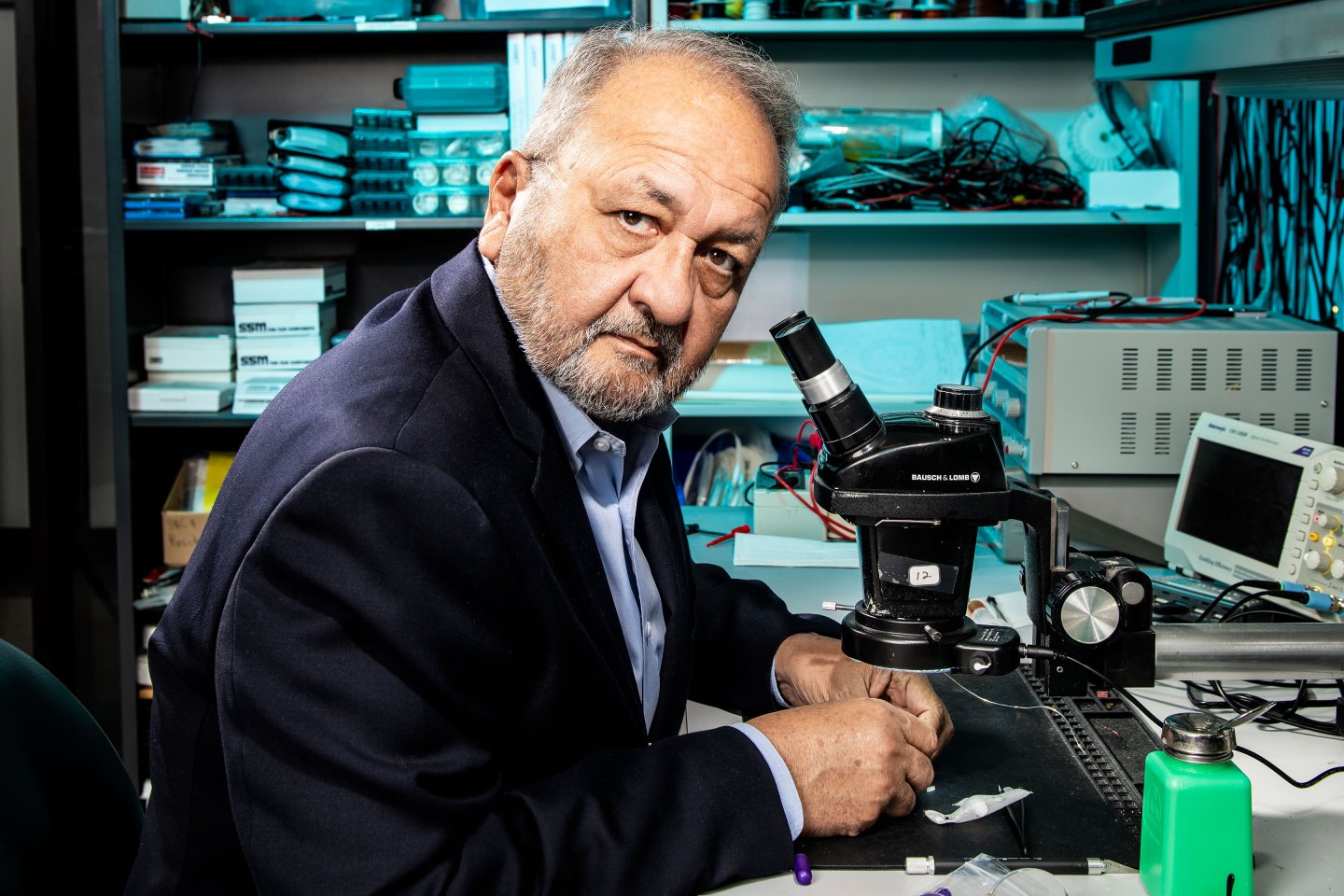 Doing business came naturally to me. I was born in Hyderabad, India, and started building toys and selling them to my classmates when I was 8 or 9. I was infected by the entrepreneurial bug. By ninth grade, I was building radios in matchboxes that I sold at school.

When I was growing up, there was a lot of corruption in India. At school, a kid from a wealthy family could bribe a teacher for a better grade. When I turned 15, I decided to leave India and sent applications to U.S. and Canadian universities. My parents didn’t know anything until I started getting acceptances.

When the time came, I asked my dad for money. He tried to persuade me to study in India, but I said, “If you don’t give me the money, I’ll figure out a way to do it.” So he borrowed $4,000 from friends, even though borrowing money was frowned upon in India, and with that, I went to New York. In the days without Internet, it was quite an exciting journey. I was 17½ and enrolled at Rutgers.

Back then, you could pay $200 per semester, and there was no limit on credit hours. So I fit all my courses for an electrical engineering degree into two years. I lived in a walk-in closet—subleasing it from another student for $20 a month—and had zero social life.

In 1975 I got excited about ­single-chip microcomputers. I started my first company, manufacturing home security systems, and was selling and installing them on the weekends. I financed everything with a credit card and made some money, but going to school full-time and running a business didn’t work, so I shut it down.

One year I saw a summer job posting for a school in northern New Jersey that served children with cerebral palsy. I spent time with a 7-year-old girl named Jenny who was quadriplegic, and I developed a device she could use with the muscles in her neck to communicate. That cemented my interest in bioengineering.

Then I got a scholarship to graduate school. I’ve never felt richer than when I started getting that $500-a-month stipend, and I saved the money to send back to my dad.

Toward the end of grad school, I started a second security company that failed because I didn’t understand how much money to raise, where to raise it, or what a business plan was. My entrepreneurial career started with two failures.

A professor insisted that I go to medical school. It was a great experience to understand the disease process and how poorly things were managed and treated. But as an engineer, I wanted to understand why things work the way they do and decided not to practice medicine.

A cardiologist [Michel Mirowski] who wanted to create an implantable cardioverter-defibrillator invited me to work with him in Pittsburgh. He thought it would cost about $100,000 to produce the device, but it ended up costing $27 million and took six years to develop. Raising the money and talking to the FDA taught me a lot. I developed the second-generation device, which got FDA approval. Eli Lilly came in as an investor and eventually bought the company. So in 1985, I left for California.

Realtors at the time were using a brass lockbox with a universal key that thieves stole to obtain house keys. While I was selling my home, it got burglarized this way, so I thought, I have to fix that. In the late ’80s, I started a company to invent an electronic lockbox that keeps track of every realtor who enters, with a time and date, which has become the industry standard. I sold that company to Supra.

Early on, my biggest challenge was understanding business and fundraising. I had such a hard time asking people for investment. I had the mortal fear that the company could fail, and I could never show my face again.

I was talented at science and technology, but investors saw me as a techie and not as a business guy. A lot of scientists stop working in the lab when they get into business, but I kept developing products while I grew my businesses.

My plan was to found a life-science com­pany for each medical device I invented. Invariably, a larger company would be looking for new categories of therapy, wanting to own those, so they’d come and make an offer. I even took three companies public—they still got acquired.

I was starting companies at a pace of one a year because there were so many problems I wanted to solve. I’d hire a CEO, do some work, build a team, and start another company.

The problem we’re addressing today at Rani Therapeutics is how to deliver protein drugs orally. We plan to convert insulin and another diabetes drug into an oral pill. This will improve patient compliance and get better outcomes, taking away the need for self-injections.

You can treat multiple sclerosis, Crohn’s disease, and a long list of chronic diseases with protein drugs, so we could have a transformative effect on the treatment of 30 to 40 diseases with this process. We’ve raised $140 million so far from investors like Google and Novartis, and are currently in clinical trials in Australia.

I realized early on that each company can take six to eight years to reach clinical success. That would have meant I could solve only five problems and take them to completion within my lifetime, if taken one at a time. So I decided to work on multiple problems. At any given time, I have six to eight companies at various stages of development. I doubt I’ll ever retire because I’ll always have six to eight unfinished businesses. My hope is that someone will take them over and complete them after I die.

I’m constantly pushing the boundaries of my knowledge. The young man is gone, and in his place is an old, bald guy, but I’m working harder than ever. I have the same curiosity and passion, and unless the body gives out, I hope to keep producing for years to come.

To me, innovation is about identifying a problem that’s worthy of a solution and framing it without thinking about the methods you were taught. The solution needs to have dramatic impact rather than incremental improvement. To choose the right problem, look at current solutions, market potential, IP landscape, potential for reimbursement, and other factors.

Imran by the Numbers

A version of this article appears in the October 2019 issue of Fortune with the headline “Master of Invention.”

—Billionaire Ken Griffin to fund $10 million Parkinson’s competition with Michael J. Fox Foundation
—How people are using smartwatches to lose weight and stay healthy
—Why the cost of U.S. health insurance is surging
—”Virtual care is the great equalizer in healthcare,” says Teladoc Health CEO
—Listen to our audio briefing, Fortune 500 Daily
Follow Fortune on Flipboard to stay up-to-date on the latest news and analysis.