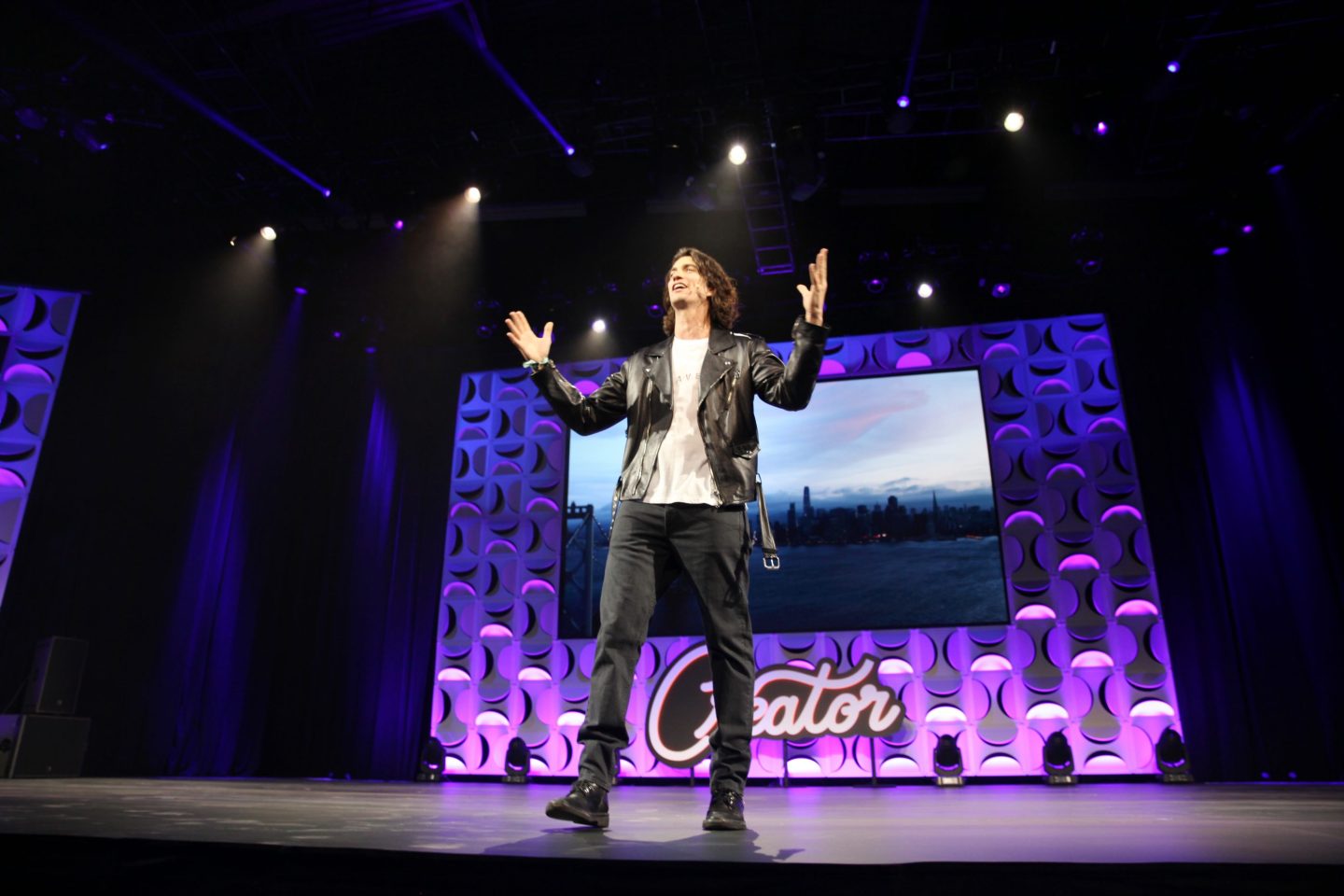 As WeWork prepared to go public earlier this year, the office provider and its attorneys at Skadden, Arps, Meagher & Flom set about drafting the company’s S-1 prospectus. Replete with notions of energy and entrepreneurial spirit—and a mission to “elevate the world’s consciousness”—the document reflected the lofty ambitions that helped co-founder and CEO Adam Neumann build a company valued at an astonishing $47 billion.

But the S-1 also contained details that raised eyebrows among WeWork’s underwriters, JPMorgan Chase and Goldman Sachs, such as a corporate governance structure that granted Neumann outsized control over WeWork’s voting shares. It disclosed financial arrangements that saw outside entities owned by Neumann directly profit from WeWork’s operations. And it specified how Neumann’s wife, WeWork co-founder Rebekah Neumann, would play a hugely influential role in choosing her husband’s successor via a two- or three-person selection committee.

Yet when JPMorgan and Goldman Sachs voiced objections to the language and content of the prospectus, fearing that they would repel prospective investors and hurt the company’s IPO, they were brushed back by WeWork’s braintrust, according to sources with knowledge of the underwriting process. It was not until weeks after the S-1 was published—and predictably met with a backlash among investors and observers who questioned the company’s business model and governance practices—that WeWork instituted many of the changes initially suggested by its underwriters. (Representatives for WeWork, JPMorgan and Goldman Sachs declined to comment for this story. Skadden Arps did not return requests for comment.)

The intervention, however, proved too little, too late. Only days after announcing the governance changes, WeWork postponed its IPO amid spiralling investor demand; by that point, the company’s vaunted $47 billion private valuation was reportedly set to be reduced to as little as $15 billion on the public market.

If this raised doubts about WeWork’s future viability under Neumann’s leadership, then the coup de grace may very well have arrived last week—in the form of a lengthy Wall Street Journal article that, most notably, depicted the CEO’s penchant for smoking marijuana on transatlantic flights (as well as his designs on living forever, achieving trillionaire status, and even becoming “president of the world” one day). For someone already facing doubts over whether he was equipped to run a publicly-traded company, the WSJ story presented a damning indictment.

It all came to a head on Tuesday, with the news that Neumann is stepping down as WeWork’s CEO. After huddling with JPMorgan CEO Jamie Dimon and reportedly facing pressure from SoftBank honcho Masayoshi Son—the man whose private equity backing fueled WeWork’s remarkable rise—Neumann has relinquished control of a company that was built on his vision, charisma, and hubris. He will continue with WeWork as non-executive chairman of the board.

Neumann’s downfall caps off a remarkable decade-long journey for the 40-year-old Israel-born entrepreneur, who co-founded WeWork in 2010 having previously failed in ventures including a baby clothes company. While there was nothing original about the premise of providing shared workspaces on flexible terms to startups and small businesses—IWG, formerly known as Regus, has done it for 30 years—Neumann grew WeWork into a disruptive force within the commercial real estate industry through a blend of branding, marketing, messaging, and design.

WeWork became a signifier for the millennial-driven economy of the present and future, building out trendy offices complete with beer kegs and ping-pong tables in urban centers around the world. As the company grew beyond its coworking model and eventually built up a roster of “enterprise” clients like Microsoft and IBM—who took large chunks of space, and even entire buildings, from WeWork—it forced traditional office landlords to reevaluate their entire approach to their business. It was not hard to envision a future in which most companies would eschew long-term leases and pricey build-outs in favor of moving into freshly designed, highly amenitized, ready-built spaces. Imitators took notice, launching an entire generation of flexible office startups.

And yet, many observers have always held the notion that it was all too good to be true. In scaling up to more than 500 locations in over 100 cities around the world, WeWork kept burning through cash; while revenues have grown, losses have also climbed, topping $1.6 billion in 2018. Though the company’s S-1 revealed record revenues of $1.54 billion in the first six months of 2019 alone, its expenses in that period hit an eye-watering $2.9 billion.

Those sorts of figures forced many to question whether WeWork would ever make money, scaring off public investors and casting doubts on its valuation. Some have even questioned whether WeWork’s IPO horrorshow signals a death knell for an entire generation of startups-turned-unicorns seeking to carry their bloated valuations over into the public markets.

“I think [WeWork] is a pivotal moment for the public markets; you’re going to see a new level of scrutiny,” says Santosh Rao, head of research at Manhattan Venture Partners. “Private companies cannot just throw anything on the public market anymore. There’s a new realization that the easy days are over—and the days of larger-than-life CEOs who can do no wrong are over.”

Others prefer to cast WeWork as an exception, and point to its stumbles in the public realm as “a situation where the market is working,” according to Jay Ritter, a professor of finance and eminent scholar at the University of Florida’s Warrington College of Business.

“I think it’s the responsibility of public market investors to look at any business with skepticism and a critical eye,” Wallace says. “This is a sobering dose of reality on a private market valuation, but if anything this underpins the integrity and rationality of public market investors, and [serves as] a check on companies that stayed private longer than they used to.”

It is also fair to question whether JPMorgan and Goldman Sachs, as underwriters on the WeWork IPO, could have done more to flag the precarious nature of the offering. While the banks were rebuffed in their attempts to address the flaws in the company’s S-1 early on, JPMorgan developed deep ties with WeWork—and Neumann personally—in advance of winning the right to handle the IPO. What it hoped would be a flagship deal for a resurgent IPO underwriting business is now stuck in the mire, and it’s unclear whether Neumann’s departure alone will kickstart the deal.

“The bankers should have pushed harder on [WeWork’s] structure and governance early on,” according to Christopher Whalen, a former Bear Stearns banker and chairman of financial services consultancy Whalen Global Advisers. “The measure of any banker is the deals they do and the deals they don’t do… Jamie [Dimon] should be furious that they allowed this thing to get this far.”

In Whalen’s view, the underwriters should have never allowed WeWork to publish its prospectus without addressing the myriad governance issues that have plagued its offering. “You have to say [to the client], ‘We have to make these changes, or this won’t get done,’” he adds. “If the client says no, you walk out the door.”

Whether Neumann was unwilling to compromise his control over the company or devalue his own considerable stake in the business, WeWork balked at making the necessary adjustments. In the six weeks since releasing its S-1, the narrative surrounding the company has been turned on its head, and no one is certain what its future will look like.

The only sure thing is that Neumann won’t be calling the shots.