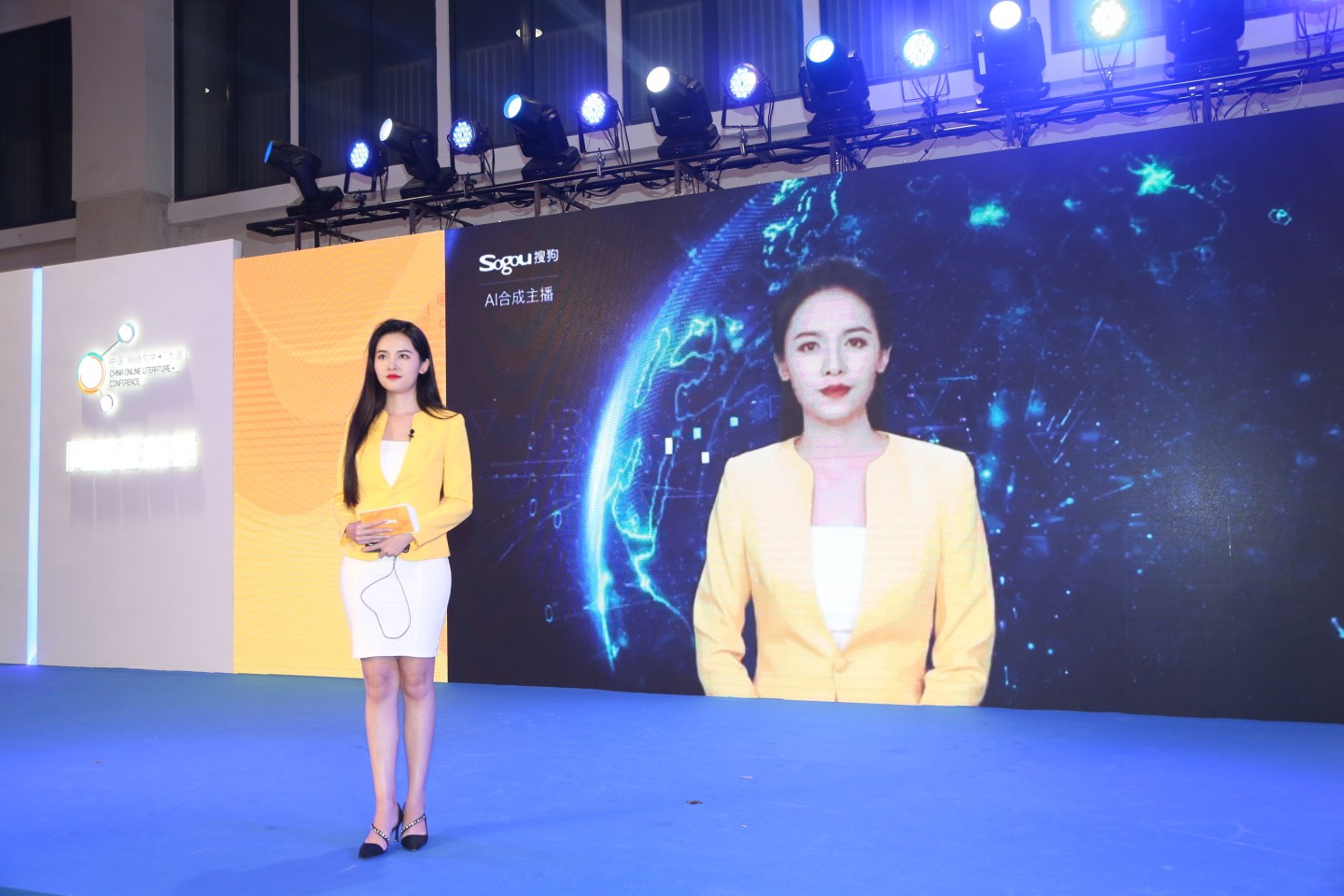 At the China Online Literature+ conference last week, Chinese search engine Sogou announced plans to create artificial intelligence-powered avatars that look and sound like two of the country’s most famous authors—taking the experience of listening to an audiobook to an entirely new level.

The first authors to get the A.I. avatar treatment will be Yue Guan and Bu Xin Tian Shang Diao Xian Bing. But if the project is successful, it could be a jumping off point for the industry to create avatars of even more authors.

The audiobook industry is already big business in China and is expected to be worth more than $1 billion in the country by next year, according to iiMedia Research Group. A.I. avatars have the potential to give that an even greater boost.

“If the avatars become pervasive, we’ll likely get used to them in the same way people are accustomed to hearing their own or other people’s Alexas in homes,” says John C. Havens, author of Heartificial Intelligence: Embracing Humanity to Maximize Machines.

There are some clear benefits to employing A.I. avatars to read books. Authors can spend weeks in the recording studio reading their own books for the audio version, or they can opt to use text to speech technology that can sound robotic and lack human inflection. Sogou has been able to create A.I. doppelgangers using a combination of tech to speech technology, video clips of the humans they’re mimicking, and machine learning to bring the avatars to life.

“I came to grips, years ago, with the fact that people may prefer content written or read by technology—meaning, it’s not up to me to judge or dictate someone’s artistic experience of any content,” says Havens. “That’s impossible to do, and we may be facing a time where a large portion of the population may come to prefer non-human creatives providing their content, either because it’s cheaper or they prefer that experience, for whatever reason.”

Sogou has already been using the technology in the realm of journalism. Last year, Sogou developed what it says is the world’s first A.I. newsreader, which has been delivering news reports on China’s Xinhua news agency website since November 2018. The company also has partnerships with Abu Dhabi Media and Russia’s ITAR-TASS to create news anchors that can deliver reports in Arabic and Russian.

“What’s a given is that A.I. newsreaders can perform 24/7 for years on end as long as they’re programmed to do so,” says Havens. “Humans don’t function that way.”

However, A.I. powered avatars use machine learning, which can lead to them learning some choice words and phrases that might be a bit off-script. Tay, Microsoft’s infamous chatbot that was released on Twitter in 2016, ended up, inadvertently, learning how to be a total jerk to people on the Internet.

“A.I. newsreaders may eventually not have any errors in delivery,” Havens says. “Or they may have Tay-like errors and spout obscenities which happens less with human anchors whose foibles are more about stuttering or falling over.”

The technology is also being used in China’s legal system, offering yet another example of the potential A.I. avatars have to transform lives. Sogou’s A.I. virtual judge was created in partnership with Beijing’s Internet Court. The judge “provides real-time online intelligent litigation services and helps users to navigate the Beijing Internet Court’s online litigation platform, thus providing more convenient and efficient online litigation services for the public,” Sogou says on its website.

The future applications for this technology are “fascinating and intriguing,” Havens says. The question will be, where will people choose to draw the line?

“People use technology however they see it fitting their lives,” he says. “In terms of delivering messages, it will be tempting for people to delegate negative or tough missives to friends and family because it’s easier than doing in person.”

Sending someone a birthday wish via an avatar may be fun, but breaking up with someone or outsourcing a phone call to your mom using an avatar would be problematic, he adds.

“I think humans in some circles and contexts will come to be appreciated in the way people prefer organic food or home made furniture,” Havens says. “Distance from a source of origin can be useful or moving, but it can also cause confusion or a sense of melancholy.”

—What you need to know about 8chan, the controversial site tied to the El Paso shooting
—Verizon’s unlimited plans are getting cheaper. Here’s what you should know
—What CEOs, bankers, and tech execs think about a coming recession
—How an alleged Amazon theft ring got the goods
—Boeing adds a second flight control computer to the 737 Max
Catch up with Data Sheet, Fortune‘s daily digest on the business of tech.