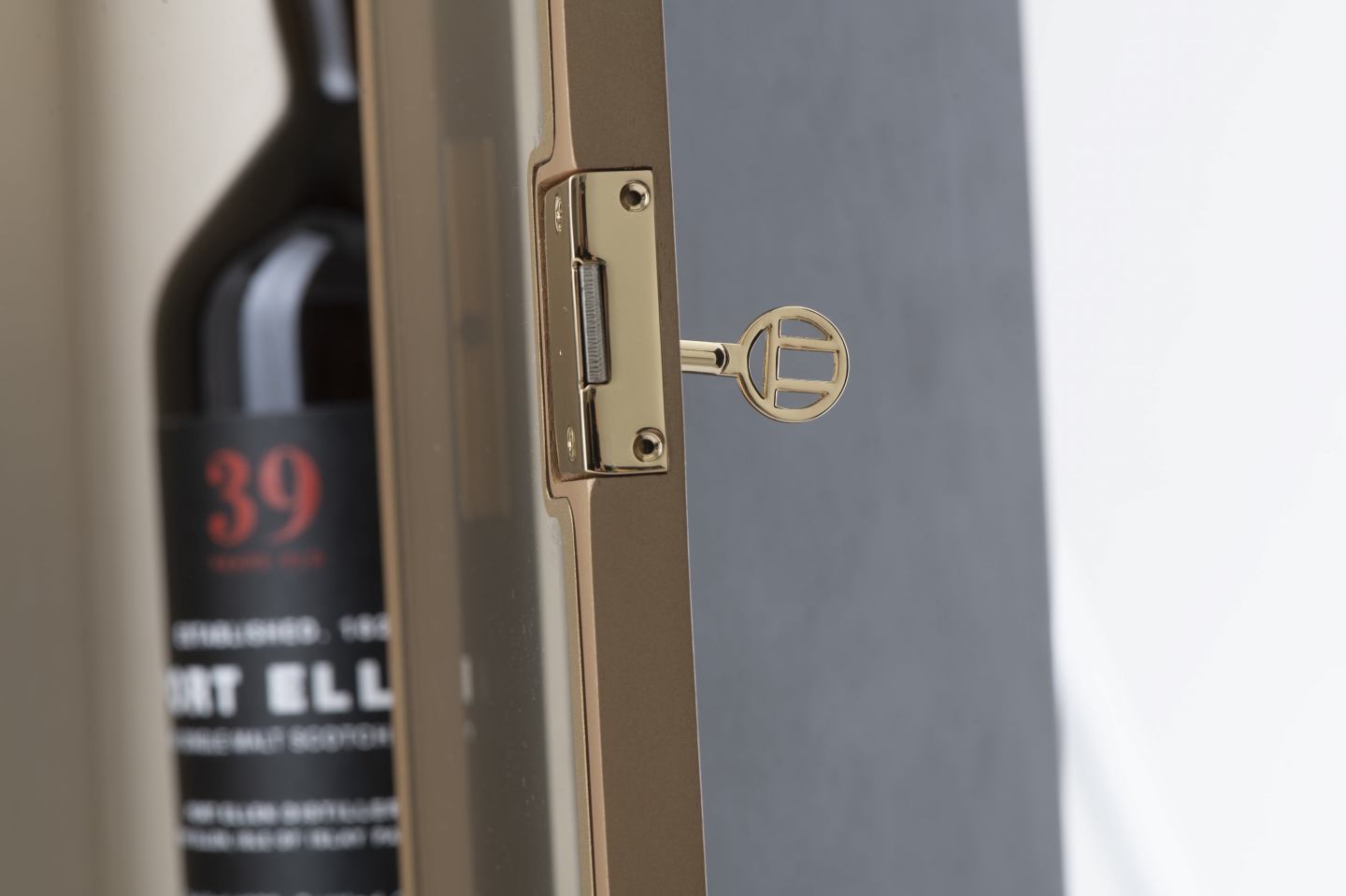 Making whisky has always been a risky business.

In order for a spirit to officially be called a Scotch whisky, the liquid needs to age in a barrel for at least three years. That means that not only do you need to anticipate the demand for your product three years in advance, you also need to be able to not go out of business before you’re able to sell it.

But what if you do?

Founded in 1825 on the island of Islay, the Port Ellen Distillery was once a hotbed of innovation for Scotland’s whisky industry. Despite its history and relative popularity at the time, a little over 150 years later, it shuttered its doors (for the second time) in 1983. Scotch whisky wasn’t selling as well as it once was, and the distillery—along with the whisky that was still maturing in its warehouses—was frozen in time.

Since then, Scotch has seen a significant rise in popularity, and Diageo, which owns the distillery, even has plans to reopen Port Ellen’s doors in 2021. Leading up to that, it’s launching a new limited line of whiskeys from those leftover barrels.

The first of those releases is out now, a 39-year-old single malt that represents the oldest liquid ever made available to the public from within the distillery’s walls.

While Diageo has released a few bottles from the distillery over the years, this release in particular offers a special glimpse into the distillery’s past as it’s looking toward its future.

“Most people that know and love Port Ellen know and love it because of the quality of the liquid and adore the fact that it’s a ghost distillery [a closed distillery] and makes phenomenal whisky,” says Ewan Gunn, global whisky master for Diageo. “Once you start diving into the archives, there’s some great stories about how this distillery was always innovative. They were always doing things that were either quite pioneering at the time, or things that would actually shape the entire industry into what it’s become today.”

One of the biggest innovations to come out of Port Ellen was the spirit safe.

A spirit safe is essentially a glass box at a distillery that the spirit passes through as it leaves the still. Inside, a hydrometer measures the concentration of alcohol in the liquid, and a distiller can direct the liquid inside into various receivers, cutting out the beginning “heads” and end “tails” of the distillate to save the middle “heart” of what comes off the still for consumption. Up until 1983, the local excise officer held a key to the safe, as did the distillery manager, and both keys were required to access the liquid.

Early tests of the device, now found in every distillery in Scotland, were first performed at Port Ellen, and the distillery was the very first to own a safe when it was officially introduced in 1823, a detail that’s highlighted in the packaging for the new release, which Diageo has titled “Port Ellen: Untold Stories, The Spirit Safe.”

That history is further commemorated in the whisky’s box, which is opened using two keys.

Sadly, 1983 wasn’t Port Ellen’s first foray into shutting its doors. The distillery was also closed from 1930 until 1967. After reopening in 1967, it endured for only 16 years before its doors were shuttered once again. Rather than focusing on single malt, Port Ellen turned to making whisky used in blends. That meant that it was consumed relatively young.

“At a relatively young age as a single malt, it was good, but it wasn’t phenomenal,” says Gunn. “It was loved by blenders because of what it brought to a great blend of Scotch whisky.”

What it brought was smoky notes as well as rich, earthy tones to the blended whiskeys it was used in.

“We didn’t know how great it could eventually become,” says Gunn.

When the distillery closed in 1983, the oldest maturing stock in the warehouse was 16 years old. And there wasn’t a ton of it left to mature. Even in its heyday, Port Ellen wasn’t doing a ton of production. In 1983 the distillery was capable of producing just over 1.5 million LPA (litres of pure alcohol), but was only running at about half its capacity, 800,000 LPA.

Distilled in 1978, Port Ellen: Untold Stories, The Spirit Safe, is likely to be one of the last few releases we see from Port Ellen before it reopens to the public in 2021—and it’s a phenomenal one.

On the nose, you get soft peat notes along with fruity notes of melon and lime. Despite its time in the cask, the whisky still tastes exceptionally fresh, with beautiful complex tropical fruit notes. It’s bottled at cask strength, 50.9%, but also benefits from a splash of water, which opens up the whisky and makes it that much better. “I would say it’s the most complex and the most elegant Port Ellen we’ve ever released,” Gunn says.

And while its release is limited to just 1,500 bottles now, it might not be the last we see, thanks to the distillery’s upcoming reopening. “We have the blueprints for the stills when it originally closed. We have the layout for the distillery,” says Gunn. “We’re pretty confident we’re going to be able to make a spirit very, very close to the original style of Port Ellen that we were making all those decades ago.”

That means if you miss it now, you might get another shot at sipping a very similar 39-year-old Port Ellen come 2060. Mark your calendars.