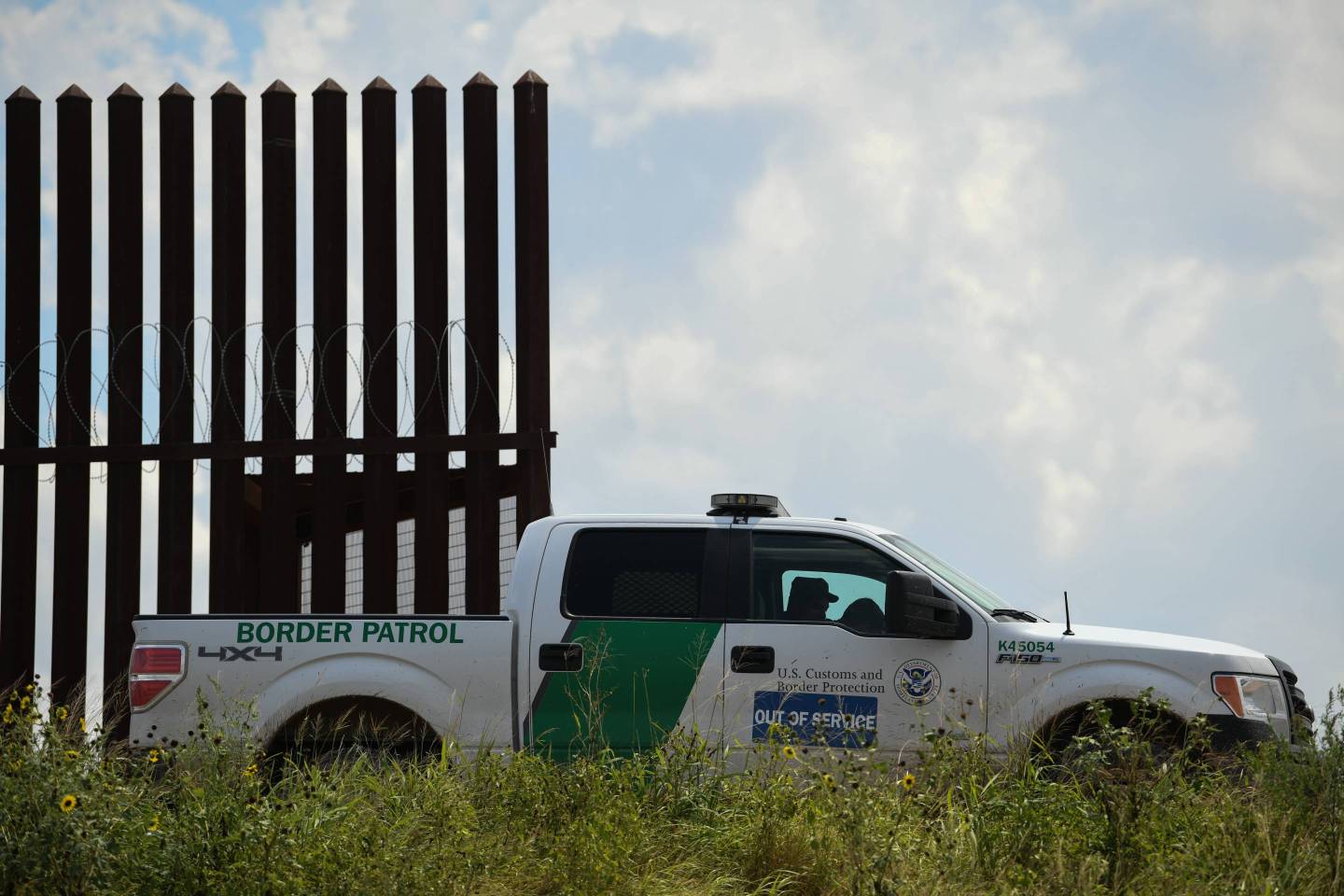 A US Border Patrol vehicle is seen next to a section of border fence near the US-Mexico border on June 12, 2019, in Hidalgo, Texas. (Photo by Loren ELLIOTT / AFP) (Photo credit should read LOREN ELLIOTT/AFP/Getty Images)
LOREN ELLIOTT AFP/Getty Images

The Latest on four bodies found at the U.S.-Mexico border (all times local):

Authorities say four people, including three children, found dead in South Texas near the border with Mexico likely died of dehydration and heat exposure after crossing the Rio Grande into the U.S.

A law enforcement official close to the investigation told The Associated Press the four were overcome by the heat and foul play is not suspected. The official spoke on condition of anonymity because the person isn’t authorized to speak publicly about the bodies found Sunday.

Authorities say a woman in her early 20s, a toddler and two infants were found dead by U.S. Border Patrol agents at or near a park in Mission that borders the river.

Investigators suspect they had died days before being discovered.

A spokesman for a Texas sheriff’s department says the bodies of a woman in her early 20s, a toddler and two infants were found in an area of South Texas near the Mexican border that is a common route for migrants entering the country illegally.

Hidalgo County sheriff’s Sgt. Frank Medrano told The Associated Press Monday that bodies were found Sunday in or near Anzalduas Park, which borders the river in the city of Mission.

The FBI is leading the investigation into the deaths because the park is on federal land.

Authorities believe they may have been dead for days before being discovered. The names of the four have not been released and authorities are working to determine their country of origin.

A sheriff in South Texas says Border Patrol agents have discovered the bodies of four people, including three children, within a wildlife management area near the border.

Hidalgo County Sheriff Eddie Guerra tells the McAllen Monitor that the dead appeared to be two infants, a toddler and a woman in her early 20s. The sheriff tells the newspaper that they may have been dead for a few days by the time they were discovered Sunday in Las Palomas Wildlife Management area near the Rio Grande River.

The newspaper reports that area is known locally as El Rincon del Diablo, or the Devil’s Corner, and is often used for illegal border crossings.

The sheriff said on Twitter that the FBI will investigate the deaths.