Who Will Replace Sarah Huckabee Sanders? Not Anthony Scaramucci 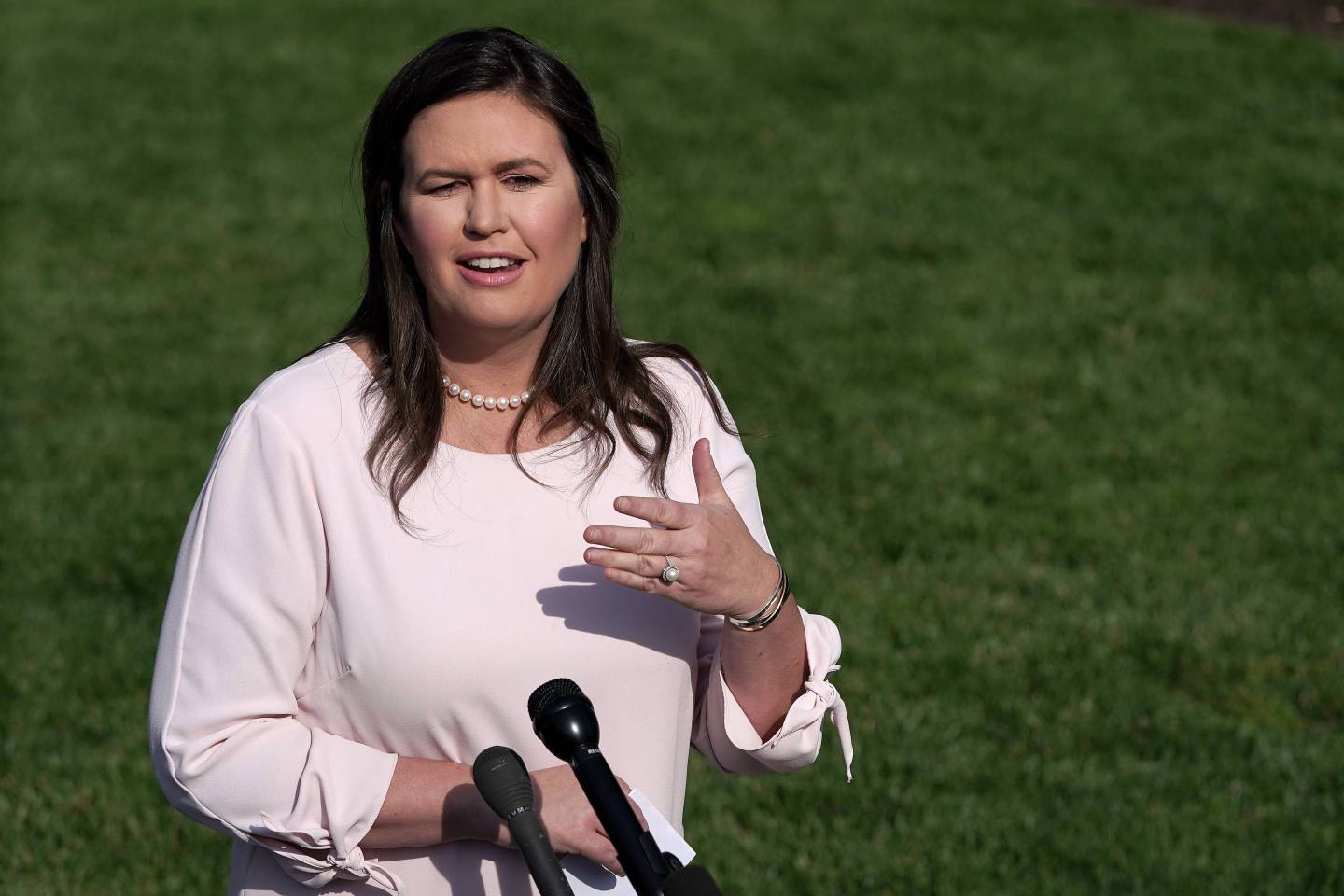 WASHINGTON, DC - MAY 23: White House Press Secretary Sarah Huckabee Sanders talks to reporters after an interview with FOX News outside the West Wing May 23, 2019 in Washington, DC. Sanders answered questions about President Donald Trump's abrupt departure from a Wednesday meeting with Democrats and his refusal to co-operate on legislation until investigations of his campaign and administration stop. (Photo by Chip Somodevilla/Getty Images)
Chip Somodevilla—Getty Images

President Donald Trump said he hasn’t decided who will replace Sarah Huckabee Sanders as White House press secretary but that it won’t be his former communications director, financier Anthony Scaramucci.

“I like Anthony,” who is known as the Mooch, but “he should stay where he is right now,” Trump said in a phone interview with Fox News on Friday. The president announced on Thursday that Sanders would resign at the end of the month.

After his exit as White House communications director in August 2017, a post he held for 11 days before being fired, Scaramucci launched a Twitter account, The Scaramucci Post; did a stint on the TV show “Celebrity Big Brother” and now co-hosts the “Mooch and the Mrs.” podcast with his wife. He is the founder and co-managing partner of the hedge fund SkyBridge Capital.

Trump was non-committal about whether he would consider his wife’s press secretary, Stephanie Grisham, for the job. Grisham, who was part of Trump’s 2016 campaign and then the White House press team, is “terrific,” he said, adding: “We have a lot of great people.”

Sanders’s deputy, Hogan Gidley, is poised to step into the role at least temporarily if a permanent replacement isn’t named by July. Trump has previously filled government spokesmen positions with Fox News personalities and may again turn to the network.

The very nature of the press secretary position is in question after Trump’s White House all but ended the tradition of daily press briefings. Sanders’s turbulent tenure was marked by attacks on the media and the dissemination of false information.

Trump has publicly encouraged Sanders, 36, to run for governor of her native Arkansas. The current governor, Republican Asa Hutchinson, was re-elected to a second term in 2018 and can’t run again in 2022.