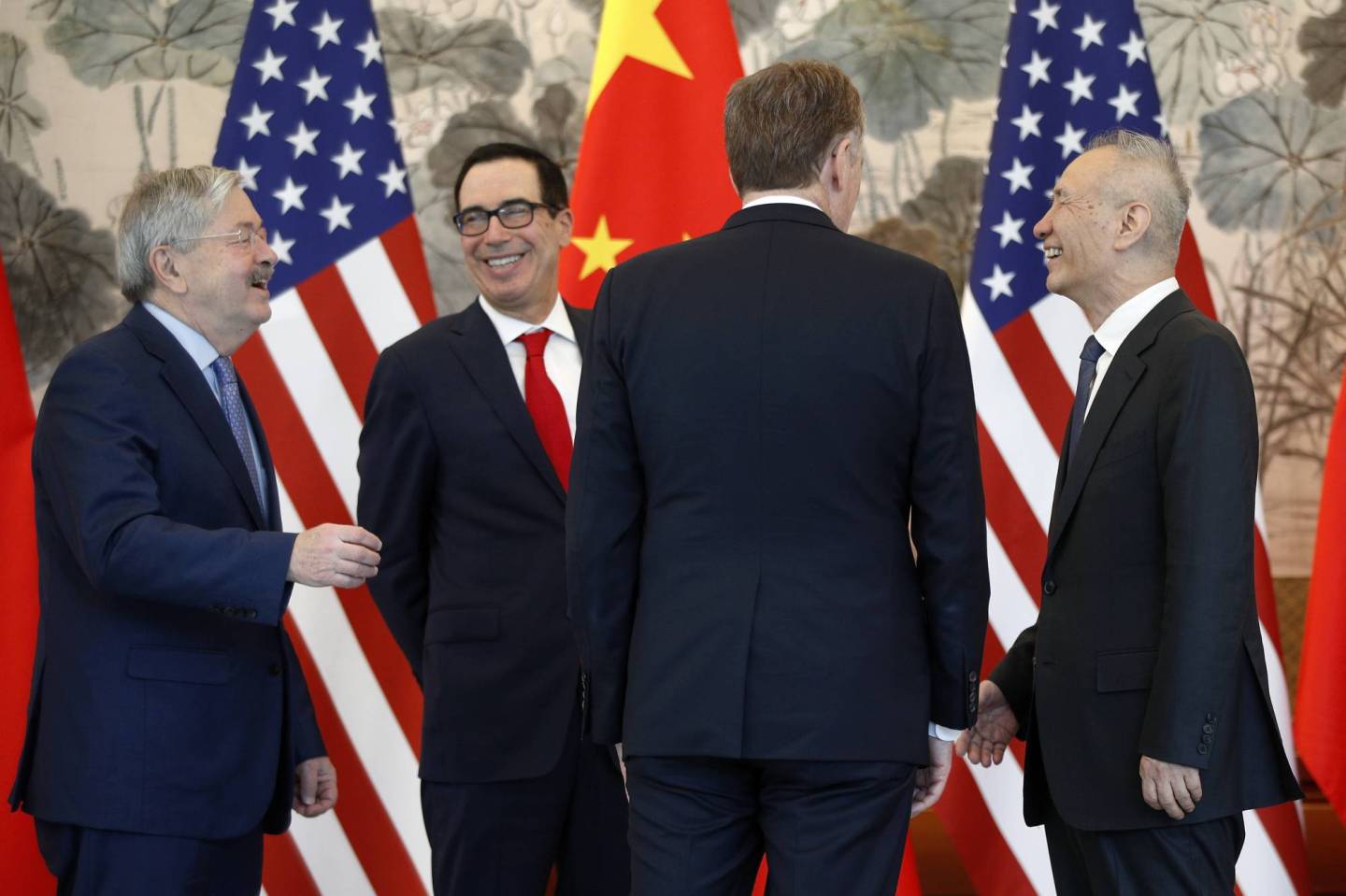 Treasury secretary Steven Mnuchin and U.S. trade representative Robert Lighthizer were in Beijing today for the latest in their seemingly endless round of trade negotiations with Chinese vice premier Liu He.

The South China Morning Post reports officials from both sides emerged from discussions all smiles. Mnuchin, in a Tweet, described the meetings as “productive.” Liu and his team will be back in Washington for more talks next week. White House chief of staff Mick Mulvaney promises the haggling, which has dragged on since last summer, is really, truly, positively in the home stretch. “It won’t go on forever,” he told the Milken Institute Global Conference in Beverly Hills on Tuesday. “I think you’ll know one way or the other in the next couple of weeks.”

I’m not holding my breath.

And if a deal does happen that quickly, odds are it will be because Trump, not Chinese president Xi Jinping, is the one who blinks. Multiple reports in Western media (including this one in the New York Times) suggest that, although Chinese officials have shown flexibility in some areas, they’re digging in their heels on critical technology-related issues.

It has been widely reported that Liu has offered to loosen restrictions on cloud computing. A Chinese cybersecurity law adopted in 2017 requires foreign cloud companies to license their technology to local partners in order to operate in the country. Apple last year moved data of its Chinese customers to local servers, while Amazon and Microsoft partnered with Chinese operators. Beijing has said it might lift the 50% equity cap on foreign ownership. But that’s a relatively minor concession. As the Times reports, “Chinese negotiators have so far refused to relax tight regulations that block multinational companies from moving data they gather on their Chinese customers’ purchases, habits and whereabouts out of the country.” That’s a big deal.

Meanwhile, the Financial Times says Trump has dropped demands that China halt alleged instances of commercial cybertheft, softening his position on what his administration originally characterized as “Chinese government-conducted, sponsored, and tolerated cyber intrusions into U.S. commercial networks.” Instead, Trump will accept a “watered-down” commitment from Beijing.

Even so, with a handful of exceptions, there has been no love lost between Trump and Silicon Valley’s bazillionaires. If China stands firm on technology issues, but promises to narrow the trade deficit with multi-billion dollar purchases of American soy beans and natural gas, will Trump walk away from a deal? It’s hard to imagine.