The Many Aspirations of Nipsey Hussle 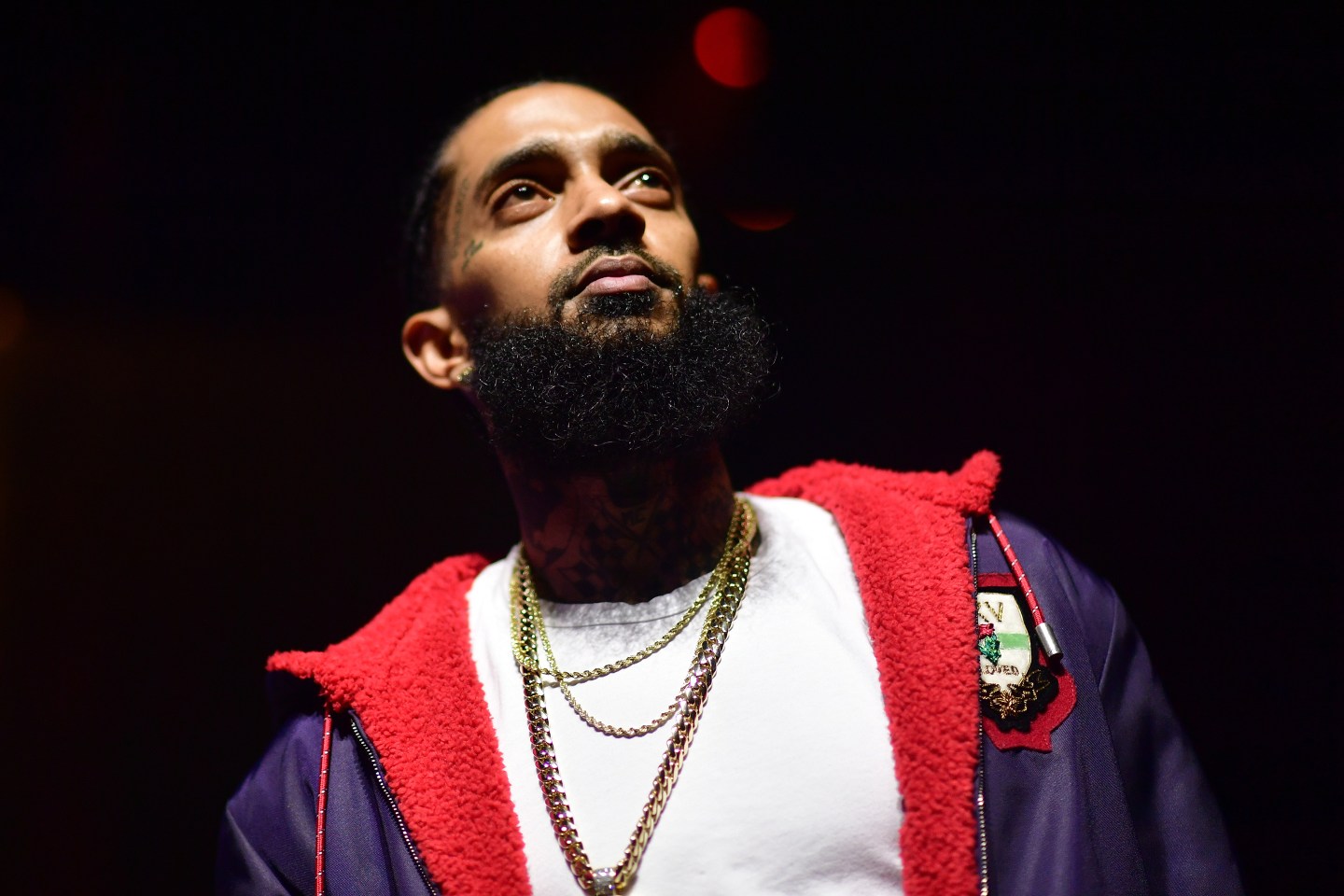 Grammy-nominated rapper, entrepreneur, community rejuvenator, father, partner, and neighbor Nipsey Hussle was shot and killed yesterday in front of his Marathon Clothing store in the Crenshaw neighborhood of South L.A. He was 33.

Two other people were injured at the scene. A suspect reportedly fled and is still at large.

Hussle was greeting fans like he often did; the store was one of the many ventures he launched or invested in as part of his broader vision to transform the lives of people in his community.

Even if you’re not a rap fan, it’s worth understanding who Nipsey Hussle was, if only to appreciate his extraordinary instincts for music, fashion, business strategy, and community development.

Plus, he was just a good person.

“He once gave a pair of shoes to every student at an elementary school in Hyde Park, where he owned a burger joint, a fish market and a barbershop,” reports the Los Angeles Times. “He helped fund upgrades to the campus playground and offered jobs to his struggling neighbors. If someone lost a loved one to gun violence, he would sometimes chip in for the funeral.”

He also helped restore a beloved and abandoned neighborhood roller rink with important ties to the L.A. hip-hop scene. In February 2017, he opened a co-working space and STEM center to help address the lack of diversity in technology and build bridges with corporate partners in Silicon Valley. Thanks to his musical aspirations, he’d gotten the tech bug early – he had learned to use software to record himself. That background helped him think at scale.

Hussle had also been vocal about his early days as a former gang member. “We dealt with death, with murder,” he told the Los Angeles Times in 2018. “It was like living in a war zone, where people die on these blocks and everybody is a little bit immune to it. I guess they call it post-traumatic stress, when you have people that have been at war for such a long time. I think L.A. suffers from that because it’s not normal yet we embrace it like it is after a while.”

And so is Los Angeles today.

While you’re reading, it may be worth wondering why more people didn’t know who he was.

After all, he was an exemplar of the American dream, bootstraps, street hustle and all. But as Kennedy points out, part of that dream was to bring out the greatness in the people who have been shut out of the American achiever narrative. “Hussle didn’t just envision a vibrant South L.A.,” Kennedy writes, “but he saw it as a hub for our nation’s brightest intellectual thinkers.”

It’s part of why it’s so painful to lose him so early in his leadership journey.

“In our culture, there’s a narrative that says, ‘Follow the athletes, follow the entertainers,'” Hussle said after he opened Vector 9, his tech-fused co-working space. “And that’s cool but there should be something that says, ‘Follow Elon Musk, follow [Mark] Zuckerberg.’ I think that with me being influential as an artist and young and coming from the inner city, it makes sense for me to be one of the people that’s waving that flag.”

Special note: Check out Fortune‘s newest newsletter Eye on A.I. The weekly briefing on the intersection of artificial intelligence and industry will give you an overarching view of A.I. and show you where it excels and where it fails. Subscribe here.

The 50th annual NAACP Image Awards were a moodBeyonce may have bested all-star lineup to win Entertainer of the Year, but took her time to praise each of her fellow nominees: LeBron James, Regina King, Chadwick Boseman, and director Ryan Coogler. “I’m honored to be included among all of you and to be a part of a vital and thriving community.” Empire star Jussie Smollett was also nominated for an award, but neither won nor attended. And before he presented the award for outstanding comedy series to “black-ish,” Chris Rock spilled some tea. “They said no Jussie Smollett jokes,” Rock said. “Yeah, I know, but what a waste of light skin. Do you know what I could do with that light skin?” he went on. "My career would be out of here. I would be running Hollywood. What the hell was he thinking? After the award was announced, “black-ish” star Yara Shahidi took the stage and said, “I stand with Jussie,” before relinquishing the mic.USA Today