The World’s Most Expensive Wine Is From Hungary 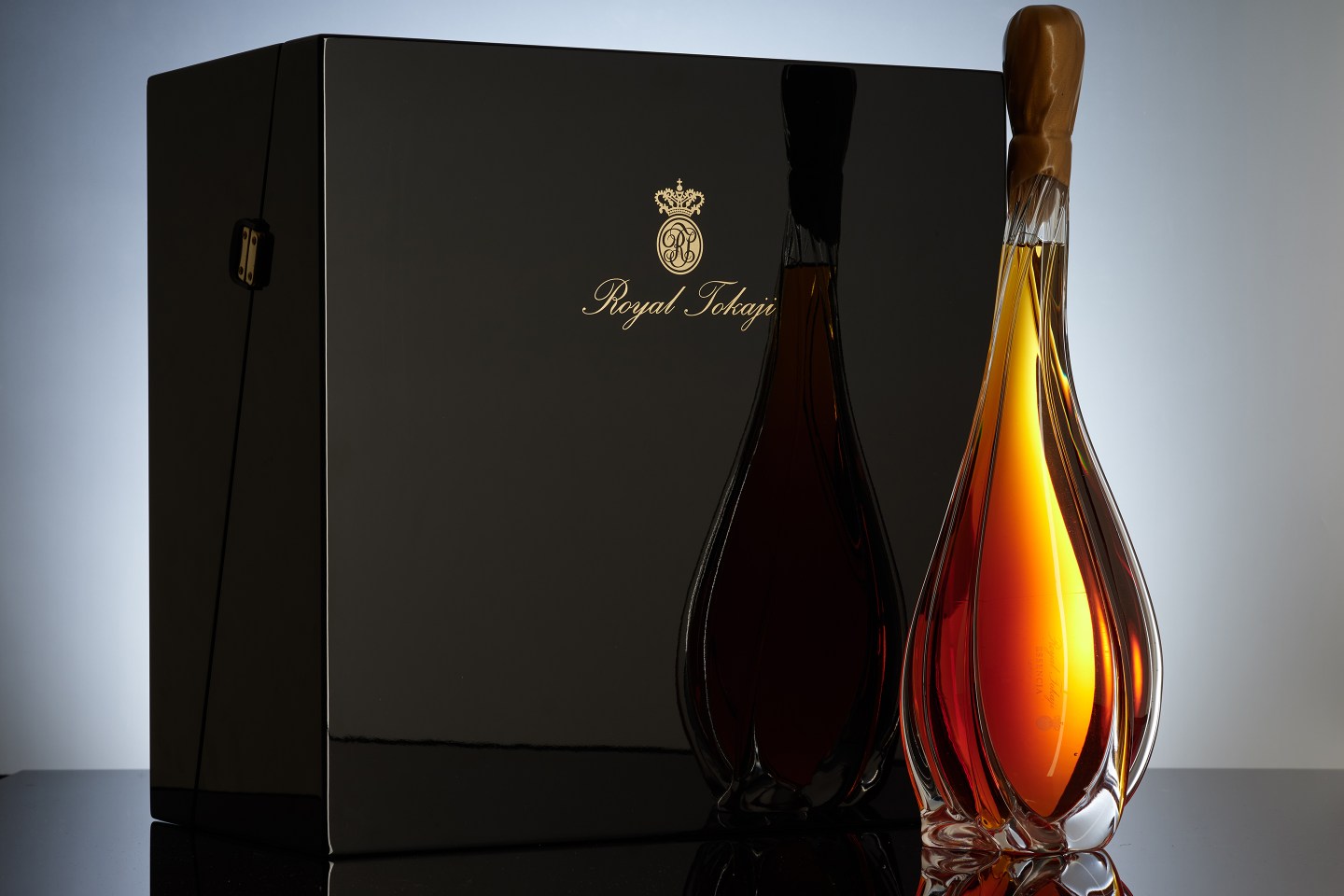 How much is too much to pay for a bottle of wine? A newly-released $40,000 bottle of 2008-vintage wine now ranks among the most expensive wines in the world at release. But the wine in question isn’t some storied Amarone or a rare French Bordeaux. This Tokaji Essencia wine hails from the Carpathian foothills of northeastern Hungary, where one of Europe’s oldest and most legendary wine regions is staging an unlikely comeback after a century of tumult all but obliterated its winemaking industry.

The high price of this special release bottle stems from both cost of production and scarcity. To produce a single magnum of the sweet, syrupy Essencia that Hungarian winemaker Royal Tokaji is now marketing for €35,000 a pop can require more than 400 pounds of grapes, not to mention a lengthy maturation. Each grape must be harvested by hand, placing Essencia among the most labor-intensive wines in the world.

As a result, only 18 bottles of this very special 2008 vintage will ever reach buyers, which could make it something of a white whale for serious wine collectors. “2008 is recognized to be an exceptional vintage, and Essencia is the kind of wine that can age for 100 years or longer,” says Tom Hudson, a director of London-based Farr Vintners, Britain’s largest purveyor of fine wine. “I think the reason they’re doing this is that they’ve got something that is essentially unique—it’s a very exclusive, limited edition kind of thing.”

That’s especially true considering the amount of Essencia available in the marketplace is limited to begin with. The sweet wines produced in Hungary’s Tokaji region rely on the botrytis cinerea mold—or so-called “noble rot”—to dry out grapes on the vine, shriveling them like raisins and boosting sugar concentrations in the process (the same process that accounts for other sweet wines like French Sauternes). These so-called Aszú grapes must be harvested by hand, after which their sugary juice is added to a base wine for fermentation. From there, winemakers tinker with various styles and levels of sweetness, producing a broad spectrum of Aszú wines.

Essencia differs from other Tokaji Aszú wines in that it is made entirely from the juice of Aszú berries, with no base wine in the mix to dilute its sweetness. The high sugar levels of the liquid that comes from the Aszú grapes makes for a very long fermentation lasting up to eight years (versus just days or weeks for most wines) and reaches only 2-4% alcohol. Not every vintage produces Aszú grapes of a high enough quality to make this process worthwhile, so bottlings of Essencia only come along as often as nature allows. When they do, the liquid inside is so rich and syrupy it’s typically served served in small doses via crystal spoons rather than in glasses.

Prior to the late 19th century, Tokaji’s Aszú wines enjoyed a reputation across Europe as the finest wine money could buy. Louis XIV called it “the wine of kings, king of wines.” Many believed it to have medicinal properties, and the Vatican allegedly kept bottles on Popes’ nightstands. Tokaji Aszú wines are referenced in Bram Stoker’s Dracula and in the Hungarian National Anthem. “Tokaji found fame very early,” says Charlie Mount, Royal Tokaji’s managing director. “And then of course suffered a tragic 20th century.”

That tragedy began in earnest at the outbreak of World War I, which eventually resulted in the collapse of the Austro-Hungarian Empire. Things worsened following World War II, when a Soviet-aligned communist regime took power and collectivized winemaking operations. Quality standards plummeted, and by the fall of the Iron Curtain in 1989 the “king of wines” and the traditions and techniques that produced it were largely a historical footnote.

In the years since, vineyards have returned to the ownership of families or local, independent interests. Winemakers—backed by an influx of foreign investment—have sought to restore Hungary’s reputation not only for producing an elite class of fine wines but also for bottling quality wines across the board, including the dry reds and whites more familiar to the average wine consumer. After nearly three decades spent restoring grapevines and relearning the best methods for expressing Hungary’s unique terroir, Hungarian winemakers are now bottling excellent expressions of native grapes with names like Furmint, Hárslevelű, and Sárgamuskotály—varietals largely unfamiliar to most Western consumers.

Putting out the most expensive new-release bottle of wine in memory is one way to put Hungary at large and Tokaji in particular back on the map, Mount says. It doesn’t hurt that qualities like “sweet,” “rare,” and “expensive” tick a lot of boxes for a new breed of ravenous wine consumer emerging in China, a fast-developing export market for European wine producers. Royal Tokaji’s largest private customer for its other vintages of Essencia is based in Shanghai, and the first bottle of the $40,000 new release bottle has already shipped to Beijing.

“Everything we’ve done since [1990] has been in pursuit of returning that wine to its rightful place,” Mount says, and with this release Royal Tokaji is turning a corner. “At the beginning of the 21st century, Tokaji Aszú was once again the world’s most expensive wine. This really is to say to the world very confidently: ‘Tokaji is back.’”

A version of this article appears in the February 2019 issue of Fortune with the headline “Hungary, Not Burgundy, Produces the World’s Most Expensive Wine.”