Stocks Have Gotten 17% More Expensive in Two Months. Here’s Why 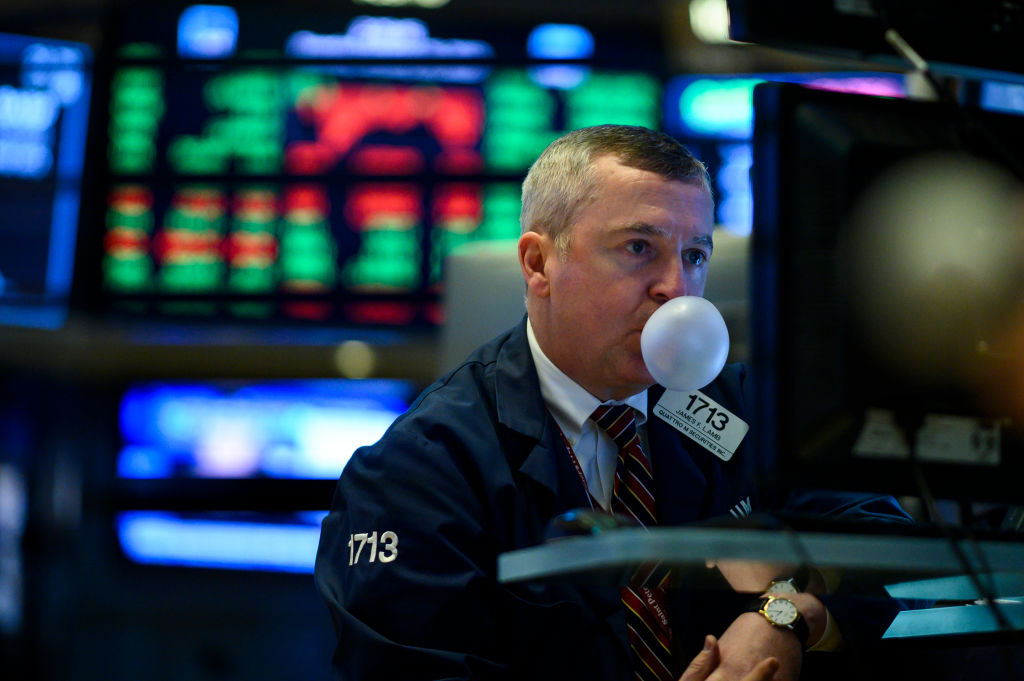 Stock prices are on a tear, and profits are fading. Optimism is rebounding while fundamentals are deteriorating. Upshot: In a span of just two months, U.S. equities have gotten much, much more expensive––even exceeding their valuations at the market’s all-time peak last fall.

To gauge where stocks stand on a continuum from cheap to pricey, a pretty good yardstick is the ratio of the S&P 500 level to annualized earnings for the two “future” quarters for which profits haven’t yet been reported. Today, that span would comprise the current quarter ended in March, and the second quarter running through June. The rationale for using projected earnings for that six month period is that since the reporting periods are close at hand, companies and analysts are giving better guidance, and making more realistic forecasts, than for periods farther on the horizon. It’s well-known that Wall Street almost always overestimates future earnings, and that the farther out the quarter being predicted, the more inflated the forecast.

On the other hand, as the end of each quarter gets closer, the analysts’ estimates get more and more realistic, and projected EPS almost invariably falls.

That’s what’s happening for Q1 and Q2 of 2019, except that the downgrades are a lot sharper than usual, and probably unusually clear-eyed as well. In early January, the analysts polled by by FactSet, the data analytics firm that compiles the consensus forecasts, predicted that earnings-per-share would grow 3% in Q1 and 3.7% in Q2, meaning profits would wax at an annualized rate of 3.8%. That put the forward ratio of price to profits at what looked like a bargain 15.1. But in January and February, two strong trends rewrote the script. The first drew floodlights as one of the greatest bull runs ever. Since the December 31 close, the S&P 500 has jumped 11.8%, recouping 75% of the big drop from the summit in September of 2018. The second drew less attention: Profit predictions tanked at a shocking pace.

Today, the consensus calls for earnings to fall 2.7% in Q1, and rise a puny .7% in the June quarter, representing a downward swing of 4.2 points in the outlook since the start of the year. The combination of the decline in projected profits and the S&P’s two-month sprint has lifted the forward P/E from that 15.1 at the start of the year to 17.7, a rise of 17%. Using our “two future quarters” metric, stocks have gotten one-sixth more expensive in eight-and-half weeks.

A 17.7 multiple doesn’t sound high, but it is. The analysts are reporting operating EPS, which is typically around 15% lower than the GAAP, 12-month trailing numbers usually cited as the market multiple. Adjusted to a GAAP equivalent, that 17.7 translates to a lofty P/E of 21. That’s especially rich for a market where earnings are flat or declining, just the picture today.

But is it fair to base the forward P/E on just two quarters? It’s a good question, because the analysts foresee a second-half comeback, propelled by a modest gain of 2.2% in the third quarter (over Q3 of 2018), and an explosion to 8.8% in Q4 that will rescue the year, lifting 2019 to mid-single digits gains. If those predictions are accurate, the forward P/E based on full-year projected earnings is a lot lower.

Those are typically bluebird predictions for relatively far-off quarters that will soon start coming down. It’s hard to see why earnings would be any higher in the second half of the year than in the period we’re using from January to June. The Congressional Budget Office reckons that GDP growth will decline as 2019 progresses, dropping from a nominal annual rate of 4.7% in Q1 to 3.9% in Q4, the period that’s supposed to bail out the poor results for the other nine months. Since growth in national income determines growth in revenues, margins would need to jump from today’s near-record levels to deliver the predicted late surge.

It won’t happen. The best bet is that EPS from July to December will pretty much equal the annualized results that are now predicted for the first two quarters. That number is $160 a share. In that outcome, profits would end this year 1.5% lower than in 2018. That result might seem unthinkable to the Wall Street enthusiasts, but it isn’t. Last year’s profits set an all-time record, and also reached several-decade highs as a share of GDP and revenues.