Australia’s Parliament Was Hacked By a ‘Sophisticated State Actor’ 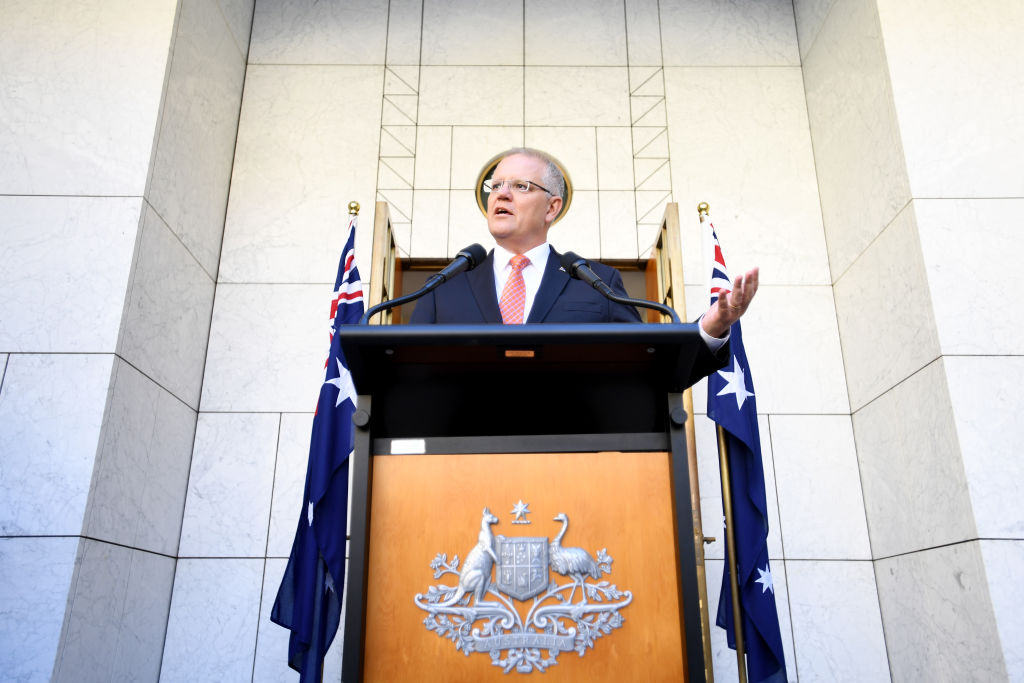 CANBERRA, AUSTRALIA - FEBRUARY 13: Prime Minister Scott Morrison speaks to media during a press conference at Parliament House on February 13, 2019 in Canberra, Australia. The government suffered an historic one-vote defeat on the medical evacuation bill on Tuesday night. It is the first time in 90 years a sitting government has lost a vote on its own legislation. (Photo by Tracey Nearmy/Getty Images)
Tracey Nearmy—Getty Images

The systems of the ruling Liberal-National coalition parties and the main opposition Labor party were compromised, Morrison told parliament on Monday. He didn’t name the country suspected in the incident, and said there was no evidence of electoral interference ahead of an election expected to be held in May.

“The methods used by malicious actors are constantly evolving and this incident just re-enforces yet again the importance of cyber security as a fundamental part of everyone’s business,” Morrison said.

Australia has put “a number of measures” in place to enhance the integrity of the electoral system in the aftermath, Morrison said. The Australian Cyber Security Centre is working with global anti-virus firms to ensure it has the capacity to detect malicious activity, he added.

An investigation into possible collusion related to the attack has roiled American politics for the past two years, with Trump on Sunday again calling it a “Witch Hunt!”

Last week, the U.S. warned against cyber threats from Russia and China at a meeting of the North Atlantic Treaty Organization.

Chinese foreign ministry spokesman Geng Shuang on Monday refuted suggestions in Australian media that China could be behind the cyber attack on lawmakers.

“When conducting investigations, evidence is a prerequisite,” he said at a briefing in Beijing. “There should be no groundless accusations or reports.”

In December, the U.S. Justice Department announced indictments accusing Chinese officials of coordinating a decade-long espionage campaign to steal intellectual property and other data from dozens of companies, drawing a strong denial from China.

In recent years, FireEye has identified Chinese cyber attacks against politicians and media organizations in both Cambodia and Taiwan ahead of recent elections.

Australia blamed Chinese hackers for a 2015 cyber attack on its Bureau of Meteorology that cost millions of dollars to fix.